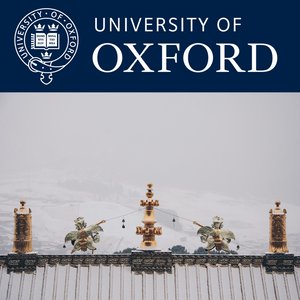 The Tibetan Graduates Studies Seminar (TGSS) is a weekly series of colloquia and guest lectures at the Oriental Institute.The intended purpose of the TGSS is to give MPhil and DPhil candidates a platform to present their work-in-progress and receive feedback from staff and affiliated scholars of the field. Additionally, the weekly time slot will also allow visiting scholars to present their current research. They are provided with the opportunity to engage in similar ways with both students and fellows of the Tibetan Studies department. 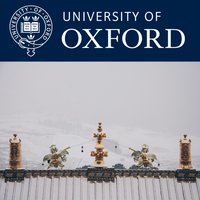 Medicine Mountains along the Himalayas: Healing, Trade, and Ecology

The Greater Himalayas extend through many different kinds of community. This lecture considers several ‘medicine mountains’, particular mountains that fold society and ecology together, and explores them as a comparative category

Why Go on Pilgrimage? Geomancy and the Transformational Powers of Sacred Places in Tibetan Buddhism and Bon

Reading khrims Between the Lines: The Rise of Legality in 13th Century Central Tibet

Daniel introduces us to the term khrims and loosk at the “rise of legality” in 13th century Central Tibet. What were Tibetan ideas concerning the relationship between law and power?In the search for answers to whether “law” (khrims) existed in pre-modern Tibet, previous scholarship has uncovered new aspects of khrims’ semantic and functional spectrum, which ranges from administration to morality, ideology, legislation and law. I would argue this is because the term khrims has undergone conceptual change(s).The aim of my talk is twofold: In the first part of the presentation, I will sketch in broad strokes the development of khrims from the beginnings of the “Tibetan empire” to the mid-13th century. I will highlight the various connotations of the term and provide the necessary background for the period (mid-13th century–1354 CE) of my work-in-progress dissertation.In the second part, I will build on this analysis and present my perspective on the meaning of hor khrims. The invasion of the Mongols and the subsequent integration of Tibet into the Mongolian Empire is well attested through many legalistic documents, edicts, and historical reports. But what exactly was introduced by the Mongols, and how did this affect the administration of Central Tibet?

Westin Harris opens the dialogue between Tibetan, Nāth and Yoga studies centred around the figure of Virūpa As the supposed originator of haṭhayoga’s Buddhist “source text,” the legendary siddha called Virūpa has arisen as a key figure of interest in Yoga and Nāth Studies. Nonetheless, such discourses continue to underappreciate the value of Tibetan and Buddhist sources.In this lecture, I will examine a number of overlooked and understudied Virūpa narratives to demonstrate how Tibetan Virūpa hagiographies and South Asian Virūpākṣa(nāth) stories constitute a single, cross-sectarian narrative tradition stretching from South India to Tibet. While much of the recent scholarship on South Asian siddha narratives has focused on what should or should not be counted as “Nāth literature,” I present the model of an Indo-Tibetan “Siddha corpus” as a more useful alternative that can better accommodate the shared, dialogic nature of such stories.

Buddhism and Gender Perspectives in Sikkim: Historical and Contemporary Approaches

The talk explores the historical and contemporary influence of women in Sikkim from a Buddhist perspective Sikkim is a former Buddhist kingdom in the Himalayas that was once blessed by Padmasambhava and prophesied as a so-called sbas yul, a sacred hidden land. So far, the lives and deeds of Tibetan masters who visited and helped shape Sikkim have been collected and analysed. But what role did women play in Sikkim from a Buddhist point of view? Which gender perspectives prevail? And perhaps most importantly, how are Buddhism and gender related in Sikkim and why is this topic relevant at all?This talk will place historical and contemporary perspectives on gender issues in the context of Buddhism in Sikkim.

Connections in the Making and Meaning of the Art of Bhutan and Tibet in the 17 th and 18 th Centuries: A Study of the Wall Paintings at Tango Monastery

Pu Lan discusses her PhD project, which explores the 17th-century Monastery of Tango and how it illustrates the development of wall painting technology in Bhutan The Kingdom of Bhutan retains an exceptional heritage of Buddhist wall paintings dating from the early 16 th century to the present. As one of the most significant sites the Utse (central tower) of Tango Monastery, established in 1688 presented itself as a unique demonstration of wall painting development and changes since the 17th century to the present. Scientific analysis provided the opportunity to understand the paintings from a perspective of making, answering questions such as how the painting was made and what materials were used. Further comparative studies helped draw the timeline of renovation phases and re-establish the building history when literature records were incomplete.This talk will use Tango Utse to describe the changes in wall painting technology in Bhutan from the 17th century to the present day.

The Geluk Domestication of Tantra

The Mongolian Kanjur - Should Tibetologists Care?

Kirill Alekseev presents his latest research on the Mongolian Kanjur and its ramifications in Tibetan Studies The Mongolian Kanjur is a voluminous collection of sacred Buddhist texts structured in a specific way. It owes its name, origin, and to a great extent, its arrangement and contents to a similar Tibetan set of Buddhist scriptures. At times in academic literature, it is characterised as a mere translation of the Tibetan Kanjur. In fact, it is a vast body of texts that underwent a long-term process of modifications, rather than a fixed collection of holy scriptures that appeared fully formed, never to be altered.In my talk, I will present recent findings on Buddhist canonical literature in the Mongolian language. They highlight that the manuscript version of the Mongolian Kanjur is not as homogeneous as was commonly believed. Its copies reveal structural variations and enclose different, at times asynchronous, translations of the same texts.The Mongolian manuscript Kanjur contains (1) translations of some rare versions of Tibetan texts; (2) a significant number of bstan bcos texts, some of which do not occur in the various Tibetan Kanjurs that we have at our disposal and (3) textual elements (such as the dkar chags, numbering of sections and ślokas) which are found only in Tibetan local collections or proto-Kanjurs. It also includes an early Tibetan text from Dunhuang called The History of the Cycle of Birth and Death (skye shi 'khor lo'i lo rgyus) absent in any of the extant Tibetan Kanjur collections.These facts suggest that the Mongolian Kanjur was modelled after a somewhat archaic Tibetan collection that has not survived to the present day.

In her talk, Inger Vasstveit discusses “empowered objects” - small Buddhist objects that people wear on their person - in relation to the broader socio-political and cosmological environment in India In this talk, I will focus on vital aspects connected to the ways Tibetans use and understand empowered objects. The term "empowered objects" refers to a wide range of small objects – infused with Buddhist powers – that people wore on their person. My interlocutors used the terms srung ba (protection) or simply byin rlabs (blessing) when referring to these objects in general. In English these objects are often termed amulets or charms. In my talk I term these objects "empowered objects" and I will present some of the objects that people commonly wore. I will also conceptualize the practice of producing and using empowered objects as a “technology” applied to cope with local, mundane concerns – such as travels, illnesses, social interactions and a possible major earthquake – and which simultaneously influenced people’s movements, perceptions and emotions. It is my argument that these powerful objects can be seen as empowering practice to maintain health and to navigate in a dynamic and capricious socio-political, physical and cosmological environment. At the same time, the practice can be understood as constitutive for the continuous making of a Buddhist lifeworld.

Kikee Bhutia talks about the contemporary discourses around ‘othering’ in Sikkim and analyse the region’s inter-ethnic challenges This presentation explores the vernacular discourse surrounding the ambiguous nature of Dhuk lha (Poison deity) in Sikkim. Before its merger with India in 1975, Sikkim was a Himalayan Buddhist kingdom ruled by the Chogyal Dynasty formed in 1642 under the influence of Tibetan theocracy. Today’s demography is primarily made up of the Lhopo (Bhutia), Rong (Lepcha), and Nepalese ethnic groups. Additionally, there are people from Bihar, Bengal, Haryana, Rajasthan, Uttar Pradesh and other parts of India, who are generally referred to as ‘madhise’ ‘dhoti’ (plainsmen) now settled in Sikkim, as well as Tibetan refugees who arrived there after Tibet’s occupation by China in the 1950s.In this talk, I argue that the ambiguous position of Dhuk lha can be interpreted and seen as an outcome of the growing communal and ethnic influence on local, Buddhist and non-Buddhist traditions and belief systems. While communal harmony has long been the ideal norm, this ethnic diversity also always carries the possibility of creating disorder. According to Erikson (1993); “… ethnic relations are being defined and perceived by people; how they talk and think about their own group and its salient characteristics as well as those of other groups, and how particular worldviews are being maintained, contested and transformed.”Therefore, the fear of being poisoned assumes varied and contested forms among different communities, who reside in Sikkim and often practice demonizing and ‘othering’ each other.