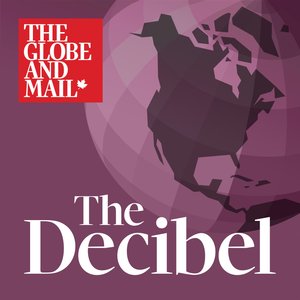 Context is everything. Join us Monday to Friday for a podcast from The Globe and Mail newsroom, hosted by Tamara Khandaker. Explore a story shaping our world, in conversation with reporters, experts, and the people at the centre of the news. 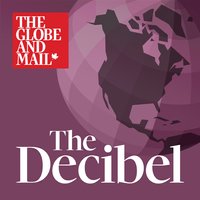 Your eyes are lying to you: What data tells us about Olympic swimming

To keep their edge after a fantastic showing at the 2016 Rio Olympics, Swimming Canada got serious about their data-mining mission. They tracked all kinds of metrics to really understand their swimmers’ performance. Data analysis can show you how to shave a fraction of a second off a race time and, in some cases, that can mean the difference between a gold and silver medal.Grant Robertson, a senior writer for The Globe and Mail, talks about what he learned about Swimming Canada’s data project, how it crafted training strategies for some of our medal hopefuls, like Penny Oleksiak, and why data proves you can’t always trust your eyes when it comes to judging the fastest person in the pool.

The push to diversify corporate Canada

After the killing of George Floyd and the subsequent swell of Black Lives Matter protests, companies rushed to declare their alliance to the cause of fighting anti-Black racism in the workplace. In Canada, corporate leader Wes Hall designed the BlackNorth Initiative, wherein CEOs pledged to not only promote diversity, but actually hire, retain and promote Black talent. Initially, 209 companies signed on.The Globe’s Report on Business section did a survey of the original signatories to see how much progress has been made in the first year of their commitment (which has a final target of 2025). Reporter Vanmala Subramaniam discusses the results of the survey and the challenges many companies are having in their efforts to diversify.

A new challenge in the COVID-19 pandemic: Nurses quitting

A growing number of nurses are leaving hospitals. The relentless workload, the crushing experience of watching so many people get very sick from the novel coronavirus and die, and the increasingly short-staffed nature of many intensive care units has created an untenable situation for many nurses across the country. And this is having an impact on hospitals, with some emergency rooms having to close.National health reporter Kelly Grant discusses how many nurses are leaving, how this is impacting the communities they serve and what governments are trying to do about it.

Who Canada left behind in Afghanistan

As the U.S. continues to pull its troops out of Afghanistan after nearly 20 years of fighting, the Taliban is taking back more and more territory. This has left Afghan nationals who worked for foreign governments feeling more and more unsafe and now they want to leave. A lot of countries have specific programs for current and former employees who want to relocate, but Canada hasn’t unveiled the details of a special program yet.Parliamentary reporter Janice Dickson has been speaking to drivers, senior officers and others who worked for the Canadian government in Kabul – sometimes for more than a decade – about the severity of their situations and what help they need.

Ontario movie theatres will reopen on July 16th. For some – like in the Greater Toronto Area – it’ll be for the first time in about nine months. And while many theatres across the country reopened earlier, Ontario represents a big chunk of the Canadian box office, which has been hurt badly not only by lockdowns and public health restrictions, but also the rise of streaming services like Netflix, Amazon Prime and Disney+ offering movies and binge-worthy shows at home.Film editor Barry Hertz talks about what Ontario movie goers can expect when they return to theatres, why go back to the movies at all if you’ve gotten used to streaming on your couch, and what summer blockbusters he’ll be seeing on the silver screen.

Phone technology has evolved at an incredible pace, from the first cellphone in the 1980s, to the sophisticated computers we call smartphones in our pockets now. But some of the most important calls we make are to 9-1-1 in an emergency. And the system that 9-1-1 centres run hasn’t kept up.The Globe’s telecom reporter Alexandra Posadzki tells us that there’s a move to introduce “next-generation 9-1-1” Canada-wide through the hundreds of organizations that handle our calls for help. That would allow callers to send photos or text messages, and help authorities better pinpoint where calls on cellphones are coming from.

Haiti and the failed promise of foreign aid

Events in Haiti have been unfolding quickly following the assassination of Haitian President Jovenel Moïse in his Port-au-Prince home on July 7. In the past week there has been news of arrests of mercenaries, a siege in the country’s Taiwanese embassy and the alleged involvement of a doctor in the murder.But if you look back at Haiti’s history, a lot of the political turmoil is tied into all the money the Caribbean country gets from donor countries, like Canada and the U.S. Jake Johnston, a senior research associate at the Centre for Economic Policy Research in Washington, D.C., discusses how all the strings attached to aid to Haiti can render it more harmful than helpful and how the country’s politics are often more focused on external powers than the people of Haiti.

Exploring the connection between racism and schizophrenia

Can racism cause schizophrenia? It’s an area of mental health research that has been ongoing for decades and over time, researchers are increasingly finding that having a darker skin colour than your neighbours does seem to have an effect. But just how much and how that alters your brain chemistry is difficult to tease apart due to the complexities of schizophrenia as a disease.Erin Anderssen, who has been covering mental health for The Globe and Mail for years, discusses what she has found on this topic by looking at the research, examining the history of how Western culture has perceived psychosis and talking to doctors.

Lebanon’s financial crisis was only made worse last year when an explosion ripped through the port of its capital city, Beirut, killing more than 200 people. Now, people are left scrambling for basic medicine, gas and other necessities.The Globe’s senior international correspondent Mark MacKinnon is in Lebanon, and talks about what he has seen in Beirut’s largest hospital, how Lebanon has gotten to the brink of a “social explosion,” according to its prime minister, and why this threatens the very existence of the country.

The case against vaccine passports

Domestic vaccine passports offer one way of letting vaccinated people get back to normal life by giving them access to privileges non-vaccinated people wouldn’t have. But civil liberties advocates have been pushing back against the concept since the start of the pandemic, pointing to a number of equality and privacy concerns.Cara Zwibel is the director of the fundamental freedoms program at the Canadian Civil Liberties Association, which has raised concerns about how vaccine passports might violate our constitutional rights. She’ll explain how, and why she believes that vaccine passports might do more harm than good as our vaccination rates rise and we ease public health restrictions across the country.

© 2020 OwlTail All rights reserved. OwlTail only owns the podcast episode rankings. Copyright of underlying podcast content is owned by the publisher, not OwlTail. Audio is streamed directly from The Globe and Mail servers. Downloads goes directly to publisher.