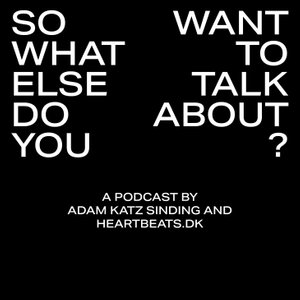 So What Else Do You Want To Talk About?

‘So What Else Do You Want To Talk About?’ is a platform for pigeon-holed people to share their other stories and thoughts on the world. The aim is to have an open mic for friends and strangers to speak on subjects which they have not yet been able to reflect upon. We are all branded by "what we do" and frankly...it sucks. Listen in and see the other side of the coin. Take a step beyond the superficial titles we are labeled with and have a look inside. 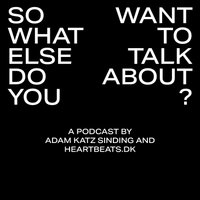 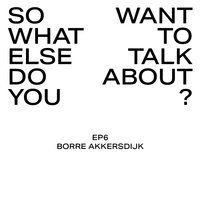 Borre Akkersdijk: "There should be more room to make it part of our lives to be more in the now and enjoy it”

In this episode host Adam Sinding Katz talks to the Dutch textiledesigner Borre Akkersdijk. Borre Akkersdijk works as Creative Director in his company BYBORRE, focusing on sustainable textile innovation and production.The conversation revolves around the fashion industry’s environmental footprint, as Akkersdijk fights to promote a clothing and textile industry where environmental sustainability and transparency is center.Borre Akkersdijk also talk about how an unplanned ayahuasca-session became a mindaltering experience, changing his perspective on the world and thus his work 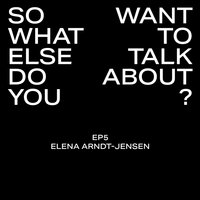 Elena Arndt-Jensen: “I found out maybe there is another job for me out there. But I’ve never felt the same way as I did when acting”

Actress Elena Arndt-Jensen is 25 years old and a firm believer that her acting career peaked when she starred in the film ‘Karlas Kabale’, and its sequels, at the age of 10. Whilst no longer pursuing an acting career, Elena is currently studying a hybrid master at CBS and The Royal Academy. Host Adam Katz Sinding and Elena Arndt-Jensen talks about life as a general for child actors, what it feels like to have already reached a high point in ones career as well as the importance of work integrity. 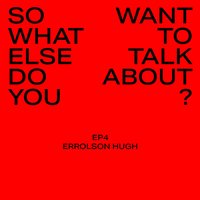 Errolson Hugh: "The thing that freaks me out the most with the asian hate that’s going on right now is the attacks on the elderly”

In this episode host Adam Katz Sinding talks to designer Errolson Hugh, who is born and raised in Canada, however currently residing in Berlin where he has his clothing brand ACRONYM. Together they discuss the design industry and digital fashion weeks. In addition, this episode raises topics like ‘asian hate ‘ and hate crimes, as Errolson Hugh is raised by Chinese parents and has been exposed to discrimination and racism all his life. The corona pandemic has increased ‘asian hate’ significantly, which Hugh finds worrying. He explains how his asian girlfriend, currently living in London, is afraid to leave the house after experiencing discrimination. 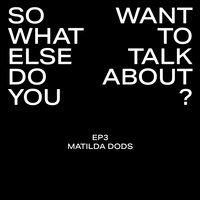 Matilda Dods: “An eating disorder is self soothing. It’s trying to help yourself whilst actually destroying yourself”

In this episode host Adam Sinding talks to the 23 year old model Matilda Dods, through a phone connection from Australia. During the last 10 years, Matilda Dods has been working as a model, but has recently paused her career in order to focus on her health after realising that she has an eating disorder. The conversation evolves around the unhealthy terms of work in the modeling industry, and how it has affected Matilda Dods’ self-understanding and prompted a wish to be ‘thin enough’. 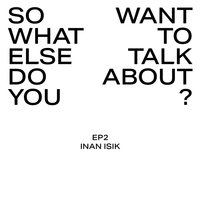 Inan Isik: “When a woman chooses a path for herself we question her”

Inan Isik is born and raised in Turkey, and has throughout her career in fashion and textile production, lived in India and China, as well as Denmark. She has worked for brands such as Bestseller and Ganni, and today she has her own clothing brand called ‘Inan Isik’. In collaboration with host Adam Katz Sinding she discusses the fashion industry, sustainability and what to do, if you want to shop in a more sustainable way. 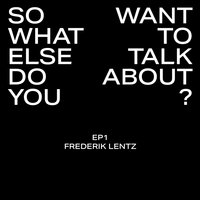 Frederik Lentz: "It’s kind of embarrassing to say that you get a rush from getting your picture taken. But that is the honest truth"

In the first episode of 'So what else do you want to talk about?’, host Adam Katz Sinding has invited danish fashion editor Frederik Lentz Andersen in to the studio, to talk about fashion and photography. Frederik Lentz Andersen has previously worked for the danish lifestyle magazine Euroman and is today the co-founder of the creative bureau HOLIDAYS. In the episode he tells about the numerous times he’s attended fashion week during his career, which has resulted in spending a lot of time away from family and friends.

© 2020 OwlTail All rights reserved. OwlTail only owns the podcast episode rankings. Copyright of underlying podcast content is owned by the publisher, not OwlTail. Audio is streamed directly from Heartbeats.dk servers. Downloads goes directly to publisher.