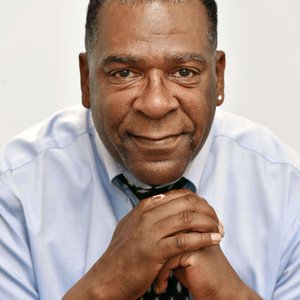 Real talk, Real people is a podcast that turns the mic over to everyday people to hear what they have to say about the problems and social issues we face as a society. 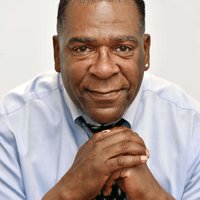 Hamden man has new position, but the same goals

We hear a lot about the bad things that young people are doing. But there are many young people striving to do things that help make their communities a better and safer place to live. My guest today is Daniel Hunt. He is the newest member of the Hamden Human Services Commission. For the past several years, Daniel has been creating programs in New Haven that include building relations with police and making learning a fun experience for kids. He hopes to expand those programs and bring them into Hamden. He is to talk about what he hopes to do in his new position on the commission.

We're jumping into the year 2022 to give young Black men about to graduate high school a heads up on scholarship money that could be theirs. My guest today is Ed Stowe Jr. He is the vice chairman of scholarships for the Fairfield County chapter of Alpha Psi Alpha. He says his fraternity has four $2,500 scholarships to give away but many times has a hard time finding young men to apply. What are the requirements? How do they get it? Let's hear what he has to say.

There are a lot of mix-messages about COVID-19, with conflicting information coming from many sources. My guest today is Dr. Heidi Zapata, an infectious disease doctor at Yale University's School of Medicine.    She is here to talk candidly about the virus, where we stand on getting people vaccinated, the effectiveness of the different vaccines and what  potentially lies ahead.  This podcast is also available in video format on YouTube. https://youtu.be/VlwT9Ah2xbQ

There is a crisis brewing in New Haven that potentially affects Black and brown people seeking mental health treatment at the Connecticut Mental Health Center. Officials' plan to bring in armed police and add surveillance. This has the advocacy group Hamden Action Now calling the impending policy change a veiled attempt for more control of Black and Brown communities.My guests today are Rhonda Caldwell of hamdenactionnow, along with Carmen Black Parker and Keith Gallagher from Yale University who work at the CMHC. This is an important discussion. It is available in both audio and video versions.

Domestic violence has no end

New Haven resident Alessia Mesquita, 28, is the latest woman to lose her life to domestic violence. Police say she was shot dead by her boyfriend while she was with their 1 year old child. My column this past Sunday in Hearst CT newspapers is about domestic violence because it has become more deadlier than ever.  We’re going to listen to Corrinna Martin, the founder of Mothers of Victim Equality, a nonprofit to help women victimized by domestic violence. She lost two daughters and a grandchild to domestic violence. Here in Connecticut, nearly 38 percent of women and approximately 33 percent of men experience domestic violence, sexual violence and/or intimate partner stalking during their lifetimes. And 30 percent of all criminal court cases involve family violence. In 2017, there were 18 family homicide victims and a gun was used in 35 percent of those homicides.

We've had some interesting women on the show during the last 16 months. They have talked about everything from breast cancer to solitary confinement to mental health to how to get a better handle on your finances. We decided to end National Women’s Month with three of our guests who talked about the importance of healthy eating, being the boss and Black self-identity.  They are respectively, Eliza Caldwell from Gather New Haven; Samantha Williams, president of east haven-based samsword and Bridgeport resident Sharaya Smith.

A network of Black mothers "Demand Action" to stop the violence

Black women have been making a difference around the country fighting social issues that affect black communities -- and Hamden resident Kimberly Washington is no exception. Eight years ago, she founded the nonprofit "Mothers Demand Action" to bring attention to gun violence in her community and rallied mothers from around New Haven County to her cause. Real talk caught up with Kimberly at Hamden High School where she works as a teacher.

What does it take to be a good father? My guest is Dr. David Lee Asbery, the founder of Fixing Fathers, Inc., a Hamden-based start-up company on a mission to fix fathers -- one dad at a time. He says men don't have to be perfect dads but they do have to be committed to being good dads. There are more than 4 million Black children in the U.S. The majority are growing up with a father in the home but 1.7 million are growing up in a fatherless household. But that does not mean the father is not involved.  According to a report by the Centers for Disease Control, Black men excel as fathers even when marriage is not in the picture.

Guns: The Second Amendment and the Black community

Guns, guns, guns.A lot of attention falls on the illegal use of guns in the Black community. But owning a gun legally is a Second Amendment right given to all Americans, although, it isn't talked about much in the Black community. My guest today is Norwalk resident William Hampton, owner of Train Safe Academy. A gun enthusiast and member of several gun organizations, he teaches classes on the responsibility of gun ownership. He says more Blacks than ever are learning about their rights and guns sales are through the roof. He joins us to talk about gun safety and why the Black community should know about its Second Amendment rights.

Her fight against inhumanity helps close a Connecticut prison

It's been nearly a year since Barbara Fair brought her campaign to end the inhuman treatment of Connecticut prisoners to Real talk, Real people.   And now, her advocacy on behalf of prisoners has helped bring about the closure of the Northern Correctional Institution in Somers. The United Nations stated in a report that methods used at the prison seemed to be "a state-sanctioned policy aimed at purposefully inflicting severe pain or suffering, physical or mental, which may well amount to torture." But despite the victory, Barbara says the battle isn't over yet.

© 2020 OwlTail All rights reserved. OwlTail only owns the podcast episode rankings. Copyright of underlying podcast content is owned by the publisher, not OwlTail. Audio is streamed directly from James Walker servers. Downloads goes directly to publisher.