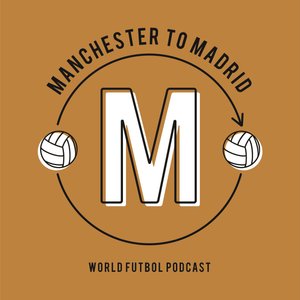 Manchester to Madrid's weekly podcast examines the week's futbol drama from across the globe with an emphasis on the two greatest teams on Earth: Manchester United and Real Madrid. Join Ryan Rogers and Sam Johnson as they dive into team news, transfer rumors, fan interviews, rankings, hot takes and everything in between every Monday. 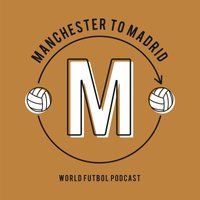 Episode 28-Brace Yourselves for Madrid Madness

Ryan and Sam discuss Manchester United's loss against PSG and 2nd half rebound against West Ham, a few transfer rumors including the future of Anthony Martial, and then dive into the chaos at Real Madrid. Could Zidane actually be sacked? Who are the potential replacement candidates? What would a Pochettino-led Real Madrid side potentially look like? All of these questions answered and more!

Ryan and Sam discuss the USMNT performances over the International Break, Manchester United and Real Madrid news including some recent transfer rumors, and explain why they're so thankful for world futbol.

Episode 25-Election Week Special: The Future of the USMNT

One of the craziest election cycles of all time draws to a close in the US so the guys take a dive into what the future holds for the US Men's National Team from coaching to the large and exciting player pool both in Europe and across the States. Where are we strongest? Where do we have depth concerns? All of this and more, plus the guys also cover the hectic weeks of Manchester United &amp; Real Madrid, as usual.

Ryan and Sam dive into Manchester United's continued great start to the Champions League campaign, Real Madrid's slow but steady improvement against Gladbach, Hazard's return to action, and Sam predicts what the Red Devil's Starting XI will look like in 2025.

The guys catch you up on the latest Manchester United news, a surprising Real Madrid loss days before El Classico, the Van Dijk injury fallout, the final days of the English domestic transfer window, and Sam predicts "boom or bust" future careers of some of the most promising young stars in world futbol.

Ryan and Sam discuss more drama at Manchester United, mixed news for Zidane's Real Madrid side, and review the entire summer transfer window from the best individual deals to grading business for some of the biggest clubs in Europe.

Ryan and Sam discuss Real Madrid's summer clear out, Manchester United's systemic struggles, all the most exciting transfer rumors (Depay/Dest/Aubemeyang/Milik/Dzeko) and the guys have a Barcelona supporter on the show to discuss the new La Liga campaign.

© 2020 OwlTail All rights reserved. OwlTail only owns the podcast episode rankings. Copyright of underlying podcast content is owned by the publisher, not OwlTail. Audio is streamed directly from ryangrogers507 servers. Downloads goes directly to publisher.