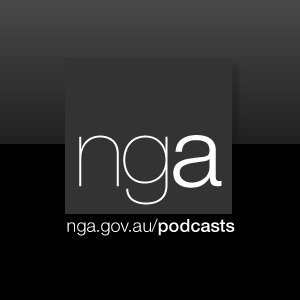 Audio guide to works from the NGA exhibition French Paintings from the Musée Fabre, Montpellier, shown at the National Gallery of Australia, Canberra 7 November 2003 – 15 February 2004 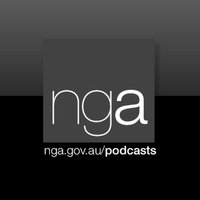 Jean Baptiste-Camille Corot trained in the Neo-classical tradition of painting, and progressively developed a highly personal vision of landscape. His stay in Italy (1825–1828) was a formative experience, since it encouraged him to study nature in the open air.In this delicate painting from the Salon of 1847, Corot has created a carefully balanced composition; the shapes of the trees leaning across the space and the surface of the river lead the eye into the painting. The work depicts the unchanged activity of fishing, yet transforms the scene into an idyllic image that emphasises the eternal harmonies between man and nature. The work is imbued with softness through the use of tone, reflection and its depiction of the sky. Corot’s influence on later painters was significant, particularly amongst the Impressionists; he was, importantly, a teacher of Berthe Morisot.

In this important painting, Edgar Degas represents the city in a theatrical way. His nanny and young child sit on a stage, with Paris’ Luxembourg Garden dotted with strollers – those flashes of pink, ochre, black and white – as a backdrop. The painting marks the changing architectural and social conditions of Parisian life, as the city’s network of old streets and alleys was cleared to make room for the wide, sweeping boulevards (for which the city is now famous) and a series of central points of focus. The city became, as the strollers indicate, a space of leisure and spectacle: of looking and of being seen.But as with his images of laundresses, prostitutes and ballet dancers, Degas’s painting also pays attention to the contemporary conditions of women’s labour. The nursing industry underwent a boom in Paris in the 1870s, and was regulated in 1874 with a series of financial and sanitary restrictions. The nanny – already the subject of intense scrutiny within the space of the family – was now squarely under the eye of the state and the public. As a depiction of labour, indeed of the conditions of modern life, this is a highly significant example of the Realism for which Degas is famous. 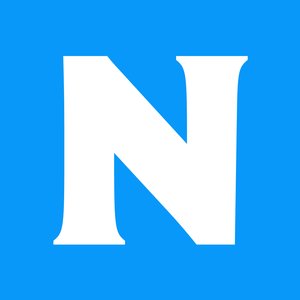 The central theme of François-André Vincent’s moving painting Belisarius is tolerance. The subject of the work is the illustrious Roman general who, according to legend, was wrongly accused of conspiracy against the emperor Justinian, blinded and forced to lead an itinerant life as a beggar. This was a popular subject at the time among both painters and writers.The painting records the moment when the pitiable Belisarius is recognised by one of his former soldiers. The soldier’s shame at finding himself in the presence of the maligned general is palpable. Through this painting Vincent sought to propagate tolerance and unity, during a period of intense political and social upheaval shortly before the outbreak of the Revolution of 1789.

One of Gustave Courbet’s most significant canvases, Good Day, Monsieur Courbet depicts a chance meeting of the painter, his patron Alfred Bruyas and Bruyas’s servant Calas, on a road outside Montpellier.The painting teases the often fraught relationship of painter and private patron. Bruyas had trained as a painter, but poor health kept him from the practice. It is possible that Bruyas-the-patron represented a surrogate Bruyas-the-painter. In courting the country’s most astute and critically-engaged contemporary painter, Bruyas made claims to the progress of contemporary painting. The painting thus marks in the most compelling way the ambition of the collector, keen to insert his own name, taste and generosity into the history of painting. Courbet was acutely aware of this relationship. Note the way in which only Courbet stands on the earth; neither the deferential Bruyas nor Calas cast a shadow, as if only the painter, as labourer, is of this earth.

Achille-Etna Michallon was a highly ambitious prodigy, who first exhibited at the Salon at the age of fifteen. Michallon won the inaugural Grand Prix for Historical Landscape in 1817, a prize introduced with him in mind, and one he actively lobbied the recently reformed Académie to institute.Landscape with Philoctetes on the Island of Lemnos is an excellent example of Michallon’s historical landscapes, which are characterised by his faithful attention to the dramatic conditions of the elements and panoramic views, and often include isolated figures from antiquity. Michallon’s close attention to nature is apparent, but the landscape is rendered heroic. There is a Romantic passion in his depiction of the elements and of the lonely figure of Philoctetes, forced to eke out a miserable existence in the face of that violence. Thus, Michallon’s landscape suggests both the naturalism of his best student, Camille Corot, and nostalgia for the grandeur and glory of pre-Revolutionary classicism.

Gustave Courbet visited Alfred Bruyas in Montpellier in the summer of 1854 and during his stay went to the seaside town of Palavas, seeing the sea for possibly the first time in his life.Courbet’s independence and strength comes through in this dramatic painting, a study of flatness and light evocative of an infinite sense of space. Dominated by the line of the horizon that divides the work in half, the heavy paint builds up the surface of the shore and gives depth to the calm sea as it stretches to the distance. Perched on a rocky outcrop the single figure of a man raises his hat, as if in a greeting or celebration of the sea. This figure may be Courbet or perhaps Bruyas, and the peculiar gesture perhaps reflects the excitement of the painter’s own experience of what was for him a novel landscape.

Its pristine finish, sharp lines and sober palette place Alexandre Cabanel’s Albaydé at the heart of academic excellence. Indeed, the Montpellier-born Cabanel – a Prix de Rome winner in 1845 – was one of the last ardent academicians, determined to maintain the Académie’s strictures and hierarchies in the face of the radical challenges to it posed by, among others, Gustave Courbet.The subject is drawn from Victor Hugo’s Orientalist poem ‘Fragments of a Serpent’, where the poet lusts for ‘the lovely doe-like eyes of Albaydé’. In a manner that owes much to Ingres’s languid nudes, Cabanel has depicted the lethargic figure of Albaydé as an object of visual pleasure, and also as an allegory. Albaydé was prepared as part of a triptych, the theme of which was the precariousness of the passage from youth to adulthood. Albaydé represented youthful innocence gone askew. It is compelling that she is depicted as a seductive, if dishevelled Oriental courtesan, in a space suggestive of the Islamic lounge, a harem and an opium den.

Jules Laurens undertook an incredible three-year journey throughout the Middle East and Asia Minor to Persia in the late 1840s, as part of a scientific and geographical expedition. Despite incredible hardship, Laurens drew every day. These drawings and the journey provided the basis for a significant career as an Orientalist painter and illustrator, and as a commentator on Middle Eastern affairs.This work was painted almost twenty-five years after the journey. Based on his meticulous drawings, the painting depicts a mosque near Tabriz in present-day Iran. The imposing building stands in an austere, snow-covered landscape. The painting depicts the desolate conditions of a journey marked by weather extremes and ever-present danger. The snow, while beautiful in the painting, made the journey extremely treacherous and the expedition’s leader was temporarily snow-blind.

Jean-Louis Demarne’s career was not that of a powerful Academician. He was instead a painter who actively sought out and capitalised on the taste of middle-class collectors. Influenced by the highly finished landscapes and genre scenes of Dutch painters currently in vogue among Parisian collectors, Demarne’s landscapes and genre scenes found an eager audience in France and abroad.A Ferry and Boats on a Canal is an excellent example of Demarne’s picturesque depictions of everyday rural life. It uses the compositional convention of a central vanishing point that became something of a trademark for the painter. The landscape itself is quite generic, it could be Holland, Flanders or Northern France. Demarne is an important example of a commercially-minded artist who generally resisted participation in contemporary politics in favour of the private patronage of the burgeoning middle class.

Léon-François Bénouville's splendidly modelled figure of Achilles intrudes into the space of the viewer. He literally steps beyond the surface of the canvas. Thus, in the painting's careful attention to the human form and in the precision of its modelling of paint, it fulfils ideally the task of the painted academic figure studies required of Prix de Rome winners.Bénouville's painting of Achilles, a popular subject for nineteenth-century painters, shows the Greek hero at the moment where, after quarrelling with his leader, Agamemnon, he retreats from battle to his tent in a rage. Humiliated, Achilles refuses to continue fighting with the Greeks, who subsequently suffer a series of catastrophic defeats. As Agamemnon's envoys enter Achilles' tent, in the hope of convincing him to return to battle, Achilles springs to his feet, launching into a tirade. With a dramatic realism, Bénouville renders this precise, violent moment.

© 2020 OwlTail All rights reserved. OwlTail only owns the podcast episode rankings. Copyright of underlying podcast content is owned by the publisher, not OwlTail. Audio is streamed directly from National Gallery of Australia servers. Downloads goes directly to publisher.