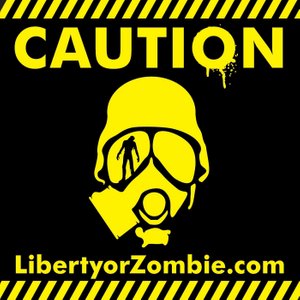 The Liberty Or Zombie Podcast 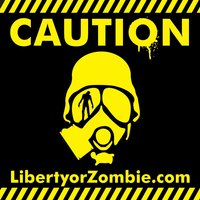 We talk guns. We also mention briefly about the use of airsoft pistols for training and tease an upcoming episode when Shooter Dan does a full review of the Springfield XDm full size pistol in 9mm. Another segment of “When Zombies Attack” is also on the agenda. Please get in touch with us through email — lozpodcast@gmail.com With Liberty Always, Shooter Dan and Chuck D The post Episode 3 — General Gun Talk first appeared on The Liberty Or Zombie Podcast.

Episode 5 – Did You Know Our Government Lost an Atom Bomb?

Could This Happen Here? We’re back with episode-5 of the Liberty or Zombie podcast.  We would like to thank everyone for listening.Special thanks to Arizona Watchman for tipping us off to the story.Special thanks also goes out to Jason Phelps of the Empty Mags Podcast as well.In this episode we have another segment of “When Zombies Attack” and Shooter Dan does a gun review for the Springfield XDm in 9mm. We think you’ll enjoy them.Stick around for the end, there is a special treat directly following the episode.With Liberty Always,Shooter Dan and Chuck D You are a Zombie if you don’t go and “LIKE” our Facebook Fan Page!!!!The post Episode 5 – Did You Know Our Government Lost an Atom Bomb? first appeared on The Liberty Or Zombie Podcast. 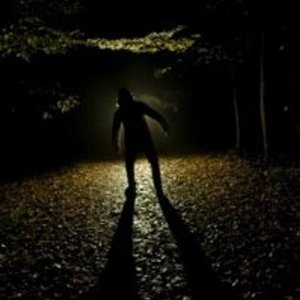 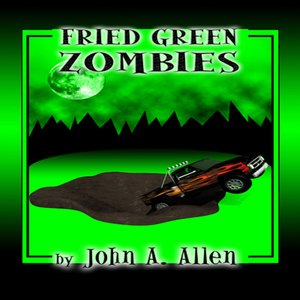 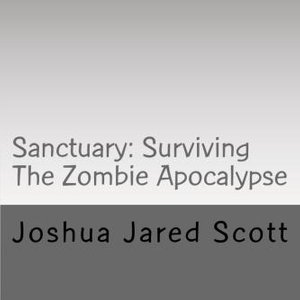 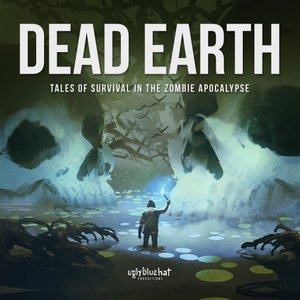 Dead Earth: Tales of Survival in the Zombie Apocalypse 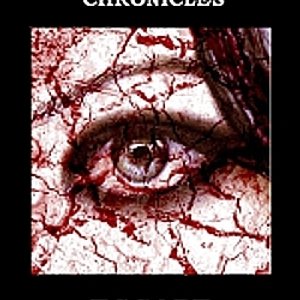 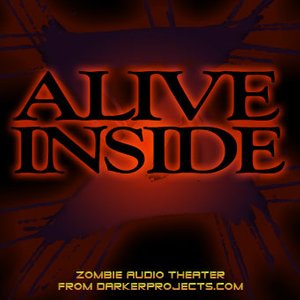 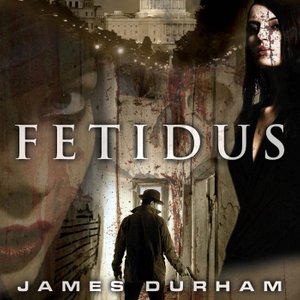 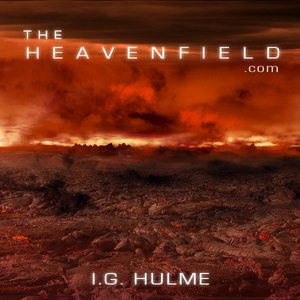 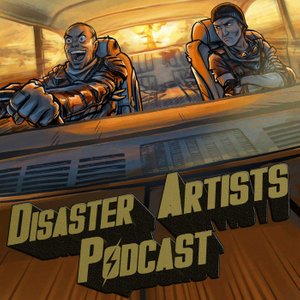 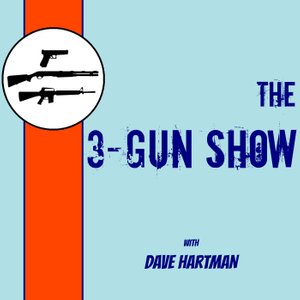 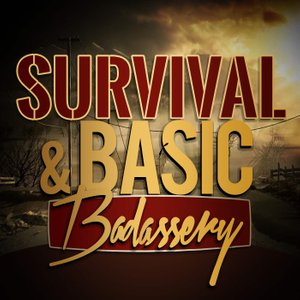 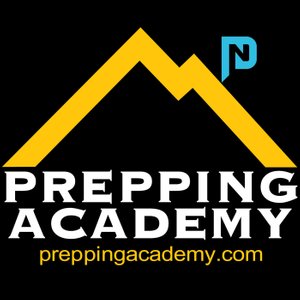 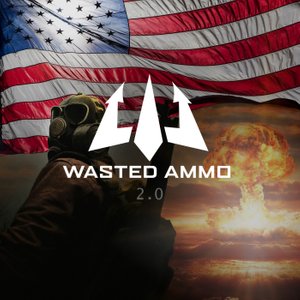 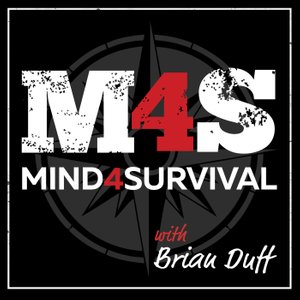 Shooter Dan and Chuck D are back in the saddle again with another episode of The Liberty or Zombie Podcast.   This one was a LOT of fun! Listening to this episode could be dangerous to your health. Watch out for those low flying helicopters!! Don’t tread on us! With Liberty Always! You have been warned...Don't Tread On USThe post Episode 7 – Don’t Tread On ME first appeared on The Liberty Or Zombie Podcast.

Episode 20 – Consent of the Governed

Is it time to just reboot the system?From our Battlestation on the EZK Compound, Shooter Dan and Chuck D once again blast away at the media controlled reality that permeates the public debate.Since the inception of our Republic, one central question has repeatedly been asked, “What is the role of Government?”Does the government really need the consent of the governed anymore?Follow us on Facebook and Twitter!@ShooterDan @Ezkpatriots The post Episode 20 – Consent of the Governed first appeared on The Liberty Or Zombie Podcast.

Welcome to your new HomeSometimes things just don’t work out as they are intended.  With all the Occupy Wall Street protests, did unfortunate consequences occur that could affect all of our free speech rights?  The Government have made moves against your protected speech with the implementation of HR-347, so the question is: What is your next move?The encroachment of our rights is quickening to a pace that is down right scary.  Please read this article about the Nazification of America and connect the dots for yourself.Be sure to sign up for our President’s TRUTH TEAM in order to become a snitch too!  They need to cull the herd of humanity…so be sure to help them out!As always…be sure to email us, call us, or follow us on Facebook and Twitter!@ShooterDan@EZKpatriots The post Episode 19 – The Harvesting first appeared on The Liberty Or Zombie Podcast.

Episode 17- OathKeepers and a Roadgunner

Not On Our Watch “There are only two things we should fight for. One is the defense of our homes and the other is the Bill of Rights.” Marine General Smedley ButlerIt is time for everyone to stand up and take notice of the treasonous acts being perpetrated by the United States Congress.  We are fortunate to have groups such as OathKeepers.Org staying on top of the traitorous actions of our federal representatives.  Please support them and read about the latest initiative being organized in order to stop the tyranny from spreading.Also in this podcast I talked briefly about the TSA VIPR Units.  OH! Excuse me, I meant the “Visible Intermodal Prevention and Response” teams that are being used to harass American Citizens everywhere.  They will be coming to a town near you!  They are requesting MORE of your tax dollars in order to harass YOU more often.  How about that for some great circular logic?  You fund their harassment!! Damn! These big government politicians are good! In order to throw gasoline on to the fire, remember that now the TSA are members of the AFL-CIO!  So not only will you fund their programs now, but also their retirements and they will strike and lobby for as much of your tax dollars as they can get. The TSA has unionized, now that is sad.Oh yea, and they will get everything they want!  You can’t have such an important department as the TSA (Theatrical Security Agency) going on strike! We would be so unsafe if that happens!  This entire agency is a scam and a sham!We have a better idea.  More guns in trained citizens hands.  We will look out for ourselves.  We don’t need to outsource our security into the hands of a bunch of idiots from the union!Also in this podcast is an interview we did with the Un-Named Trucker and his Un-Named son.  We are horrible at interviews, but hey…it was a lot of fun meeting another second amendment fundamentalist out there! Mr. Trucker was a blast and my only regret is not posting this sooner!Shooter Dan is visiting family in South Carolina, so everyone give him a shout out on twitter or our facebook page!  I really need him back, this was harder to do solo than I thought!@EZKpatriotsThe post Episode 17- OathKeepers and a Roadgunner first appeared on The Liberty Or Zombie Podcast.

Question EverythingShooter Dan and I look behind the media reports to see what really is going on with the Tea Party Express.  We also question the new bill that has been introduced into Washington called “National Right-to-Carry Reciprocity Act of 2011”.  On first glance it appears it is something much needed in this country.  Upon further inspection, it is in its early stages and Congress has yet to get its greedy fingers into it.  Will it even look like the original once it has passed both houses?  Why would President Obama even sign it into existence?  If so, what would gun owners have to give up in return?Question Everything!The zombies behind the scenes are capable of adding anything to this in order to achieve bi-partisan support.If you haven’t yet checked out The Roadgunner Podcast, well I think it’s about time you did so!Shooter Dan and I have some really exciting things coming up in future episodes so stay tuned.  You will not want to miss these special reports.To all the new listeners thanks for downloading and we LOVE to hear feedback.Please go like our Facebook page and be sure to rate and review our ITunes! The post Episode 12 – Question Everything first appeared on The Liberty Or Zombie Podcast.

No More Kings, Then or NOWShooter Dan and I get nostalgic in this episode.  We recall back to a simpler time when we were young, and Schoolhouse Rock was on our Saturday morning televisions.  How true were those videos and how much did they teach us? Gun Defense Crime Clock We speak for the dead to protect the living Ak’s and Cupcakes Charlie Reese’s article Kel-Tec’s Website Don’t forget to “LIKE” our Facebook Fan Page! tools of the trade The post Episode 8 – No More Kings first appeared on The Liberty Or Zombie Podcast.

What is up with the Effigy?Well it is about time we got back on the microphones.We hope all is well with everyone.  Here is another installment of the LOZ Chronicles narrated by Shooter Dan and Chuck D.Be sure to visit our Facebook page and click that LIKE button!Missed you all and it’s so good to be back doing the podcast.With Liberty!Chuck D and Shooter DanThe post Episode 24 – Effigy Rising! first appeared on The Liberty Or Zombie Podcast.

Flag Currently Flying in the Battle Station It’s been a while, YES WE KNOW…..and it shows on this PODCAST! We are a little slow and it takes a while for this Donkey to pick up speed.  Once the Donkey was released from the corral, it ran wild and we never had control of it.  It will get better! A lot has been going on the last two months in our personal and work lives, but that is NOT an excuse to leave all you guys hanging! (or maybe it is) Shooter Dan and Chuck D have been brainstorming for a new project called The LeVeL UP Firearms Podcast.  Seems strange that we are starting a NEW podcast when we can’t get this one out on time…..but that is going to change! We have a lot of interesting things coming up on the Liberty or Zombie Podcast.  We are not going to ever stop doing this one. Thanks to Freddie Girard and all the contributors to our little show.  It is so appreciated and we LOVE hearing from you guys. Please go LIKE our Facebook Fan Page to keep in touch and join in the conversations! Follow us Twitter @ShooterDan and @EZKpatriots Love all you guys, Chuck D and Shooter DanThe post Episode 23 – LeVeL UP! first appeared on The Liberty Or Zombie Podcast.

© 2020 OwlTail All rights reserved. OwlTail only owns the podcast episode rankings. Copyright of underlying podcast content is owned by the publisher, not OwlTail. Audio is streamed directly from Chuck D and Shooter Dan servers. Downloads goes directly to publisher.