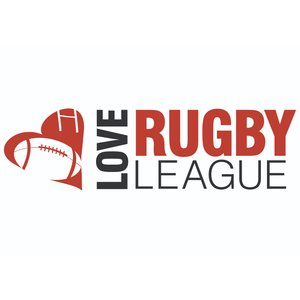 END_OF_DOCUMENT_TOKEN_TO_BE_REPLACED

Both discuss the last couple of weeks results and talk TV deals, record breakers and memories.

We also speak to Workington Town boss Chris Thorman ahead of their recent friendly against Barrow Raiders. He talks his new deal, happiness at Town and planning for the future.

After work commitments prevented an earlier virtual get together, Adrian Jackson joins Dave Parkinson to talk two rounds of the BetFred Challenge Cup, one round of the BetFred Super League and some of the interesting stories in Rugby League. Our hosts also mention the Championship.

In this episode we also hear from Simon Finnigan after his Widnes side's success over Whitehaven in Round Two of the Challenge Cup. Richard Marshall gives his thoughts after Salford Red Devils accounted for the Vikings in the next round. We hear from Ian Watson after Huddersfield Giants claimed their first win under his stewardship and Adrian Lam talks all about the Warriors success over Wakefield in the Super League.

Dave Parkinson steers the show with Adrian Jackson on the other side of the zoom call.

It was finally - lights, camera, action on 2021 as our hosts talk about the England games announcement and Tim Sheens becoming Combined Nations All Star boss. We hear from the legendary Australian coach.

Leigh's Ben Flower talks about his hopes for 2021 and settling into a new club after leaving Wigan while Lee Mossop and Zak Hardaker talk about their international and club ambitions for 2021.

Richard Marshall also gives the lowdown of an off season of change at Salford Red Devils while testimonial men Tommy Makinson and Chris Hill also speak.

Our hosts also give their tributes to legendary forward Jeff Grayshon who passed away recently.

Dave Parkinson is once again joined by Adrian Jackson and Liverpool Echo RL correspondent John Lawless. In the second part of their season preview the trio talk Wigan, Warrington, and the Betfred Championship, Ourleague, rule changes and referees.

Adrian Jackson and Dave Parkinson return for the new season with Adrian having discovered Zoom!

Our hosts are joined by Liverpool Echo journalist Johnny Lawless and reflect on the big occasions of 2020, before turning their attentions to briefly talk the demise of Toronto, the elevation of Leigh and the promotion of Newcastle. Fresh from Newcastle Thunder's media day we hear from Director of Rugby Denis Betts about his position in lockdown and moving forward and we also chat to new head coach Eamon O'Carroll.

Adrian, Dave and Johnny talk about retirees, Fuifui Moimoi at Rochdale and West Wales Raiders, some new overseas players to Super League and we hear from Huddersfield recruit Jack Cogger.

Adrian Jackson and Dave Parkinson reflect on a compelling Grand Final and dramatic finish, Dave talks RL fatigue, and the pair get lost in nostalgia looking back on the 2000 season.

Big thanks to the team at loverugbyleague.com for their support regarding the podcast this year, to you our lovely listeners and to Radio General for the use of their studios before the lockdowns.

We wish everyone a Merry Christmas and a safe New Year.

Dave Parkinson hosts and welcomes Adrian Jackson from the banks of the Bridgewater Canal.

The pair look back over the Super League Semi Finals, pay tribute to Sean O'Loughlin, look back to 2002, look forward to the Grand Final, talk about 12th spot in SL and 14th spot in Championship, and talk coach movements and Dream Team.

The Final Hooter 2020 - Episode13 - Toronto fall out, heading for the play-offs, Sunshine on Leyth and unfulfilled potential?

Dave Parkinson and Adrian Jackson are back to chew the cud and look at the fall out of an interesting couple of weeks in RL. Toronto, former RL clubs, recruitment, 12th SL team race, golden oldies and retirees, and Man of Steel are among the discussion points.

Dave Parkinson and Adrian Jackson are back to talk about the Australian Grand Final, The Challenge Cup Final and the RFL's Return to Play, amongst other RL topics.

Adrian Jackson and Dave Parkinson chat between home and a Widnes coffee shop and go through some of the current RL trends, stories, and rumours.

Dave and Adrian return in sporadic fashion following personal circumstances to chat through a few of the current stories affecting Rugby League.

Dave Parkinson hosts another episode of the Final Hooter with Adrian Jackson.

The pair talk Super League, Salford and Hull and chat other topical RL stories from the last few days.

Dave is also joined by ex Wigan, Leigh, Rochdale and Chorley forward Andy Grundy to also talk about lockdowns, Hull, Salford and his thoughts on Super League since the restart.

Dave Parkinson hosts another socially distant Final Hooter with Adrian on the other end of the line. In this episode the pair look at Brisbane Broncos, the return of Super League and and give thoughts on Toronto. We also hear excerpts from longer interviews done with Wolfpack fans Henry Whitfield, Scott Nordlund and Sandy Shipley.

Four months after the last Super League game, Dave Parkinson and Adrian Jackson are back with the self confessed Leigh's biggest loudmouth linking with Widnes' finest export of recent times. A socially distanced pod goes through a recap of the results of those last three SL games and talks about Aussies, rules, wage disputes, championship, league one and Challenge Cup. It's the biggest comeback until Greg Inglis!

Honourable mentions go to Ollie Wilkes and Glyn Shaw and there's a bit of reminiscing for Wakefield, Castleford and Salford fans to get involved with. Feel free to send memories to Dave, @daveparkinsonrl on twitter.

Adrian Jackson and Dave Parkinson discuss the last round of Super League and talk about all the stories including Ottawa, Coronavirus and the league form of Toronto, Huddersfield and Leeds Rhinos.

They also look forward to next round of the Coral Challenge and we hear from Daryl Powell, Tom Lineham and Matty Smith with Dave rounding things off with a special interview with head of the England Lionhearts programme Stuart Prior.

Adrian and Dave are back with the Final Hooter podcast. They look over happenings in the Challenge Cup with Dave chatting to Simon Finnigan after his Newcastle side put Keighley out of a weather-delayed Round 3 clash. Dave also profiled Batley Bulldogs with head coach and former playing icon Craig Lingard. Lois Forsell was recently appointed as a Man of Steel Voting member in addition to taking on a new role as Leeds Rhinos Women Head coach. We hear from her as she chatted to Adrian. Adrian also caught up with RL royalty - Ellery Hanley, with Super League CEO Robert Elstone and with last years Man of Steel winner Jackson Hastings.

Adrian Jackson and Dave Parkinson are back with their usual mix of rugby league banter, news, views, opinion and interviews. From the opening couple of rounds of Super League we hear from Adrian Lam (Wigan), Kristian Woolf (St Helens) and Steve Price (Warrington). Stefan Ratchford (Warrington) tells us where things are going right and Adrian chats with Widnes skipper Jack Owens after the Vikings success over Batley.

Dave and Adrian run the rule over what's happening, the name of storms, BetFred Championship and Coral Challenge Cup.

Adrian Jackson and Dave Parkinson return for episode 2 of the new season.

Dave gets a few mentions in for Sherwood Wolf Hunt, a new Final Hooter catchphrase is born and both he and Adrian cast their eyes over the third round draw for the Coral Challenge Cup.

Our last words this time round are left to Steve Price (Warrington), Matty English (Huddersfield) and Jordan Abdull (Hull KR).

Read more
The first Final Hooter podcast of 2020 has arrived with Dave Parkinson once again pairing with Adrian Jackson to host.

Both talk about Rugby League reaching 125 years old and Dave ventured to the RFL Launch event at Huddersfield where he caught up with John Duffy (Leigh Centurions), Sylvain Houles (Toulouse), Dec O'Donnell (Workington) and Bob Beswick (Newcastle). We also hear from reigning Woman of Steel Courtney Hill as she readies herself for another season with Leeds Rhinos.

Our pair talk about the retirees from 2019 and look at the new faces that will grace the Super League in 2020.

Steve Manning ventured to the St Helens Media day, there he spoke with Louis McCarthy-Scarsbrook, Lachlan Coote and Kyle Amor.