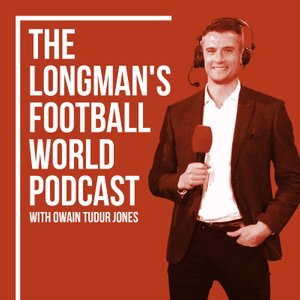 The Longman’s Football world with self-proclaimed journeyman Owain Tudur Jones.Owain sits down with a variety of guests to discuss football and more.

Part 2 or 2. Brian talks to Owain about the months leading up to that historic win vs Hull as Swansea manager to keep the club in the Football League, Alan Curtis’ emotional speech to the players, the difficulty of releasing players, being trusted by John Toshack to find and bring through Welsh youngsters, the long process of getting Hal Robson-Kanu to play for Wales and lots moreProduction by Meic Parry @meicparryGraphic by Celt Iwan http://www.celtiwan.cymru/

Owain meets with former team mate and current Swansea City captain Leon Britton to chat about his career, his plans after football and much more. 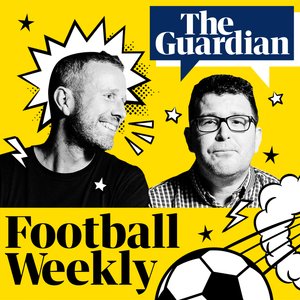 Part 1 of 2. Brian talks through his Wales playing career, the characters in the dressing room, the team spirit created on nights out together, trusting his judgment as Wrexham manager to sign Andy Morrell, Karl Connolly and Lee Trundle, THAT giant killing FA Cup win vs Arsenal at The Racecourse as well as giving some insight into his dancing skills. Production by Meic Parry @meicparryGraphic by Celt Iwan http://www.celtiwan.cymru/

Owain chats to Middlesbrough manager Garry Monk who shares his thoughts on modern day management, what he misses from his playing days and Owain's babysitting skills.

Owain meets former Inverness Caledonian Thistle teammate David Raven to talk about the difficult transition from the professional football ‘bubble’ to life in the real world, being part of the travelling squad for Liverpool’s Champions League Final win in Istanbul, Ducking for cover in the dressing room during Terry Butcher’s rants after defeats, his failed stint into the world of Plumbing, winning the Scottish Cup and lots moreProduction by Meic Parry @meicparryGraphic by Celt Iwan http://www.celtiwan.cymru/

Joe and Owain reminisce about their playing days with the Swans, the characters in the changing room, reaching the 2016 Euros semi-final as well as being picked in the team of the tournament and the infamous Chicken &amp; Egg Magazine photo!Production by Meic Parry @meicparryGraphic by Celt Iwan http://www.celtiwan.cymru/

Owain meets with former Wrexham player and manager Andy Morrell to talk about his love for Wrexham, starting his own podcast, the struggles of being an out of work manager looking for work, playing under Dean Saunders and lots more

Scarlets, Wales and Lions hooker Ken Owens speaks to Owain about his thoughts when it looked like he’d conceded the last minute penalty which would’ve lost the Lions the series vs The All Blacks, supporting the Wales football team during the Euros, unwinding during the off-season, dealing with the physicality of test rugby, listening to Dafydd Iwan before every game and lots more

Owain speaks to his former international teammate and current media colleague about the time Gabbs lost his temper with the Longman, life after football, being involved in the Toshackare with Wales, his attempt but ultimate failure in persuading Chris Coleman into giving him his 50th international cap, life in London with James Collins after joining West Ham and much more…

Osian Roberts speaks about working with Ryan Giggs, how he first got involved with the National Squad as part of Gary Speed’s coaching staff, the sad, untimely passing of the Welsh Llegend and its effect on the squad, his decision to go for the top job himself after Chris Coleman’s departure and much more.

Owain catches up with the recently appointed Wrexham FC manager to talk about his new job and his hopes for the club, being teammates at Swansea, working his way from non-league to the Premier League, getting embarrassed by Gareth Bale and much more.

Owain meets with Norwich City legend Darren Huckerby to talk about falling in love with Norfolk, his time with Newcastle, Leeds, Man City, Coventry and San Jose Earthquakes in the MLS as well as the recent disappointment of losing his coaching role with The Canaries.

This week’s podcast features one of Wales’ most popular characters in football.Mickey Thomas speaks openly about the pressures of playing for one of the biggest clubs in the world, his time in prison and being part of one of Wales’ strongest international sides. Owain ask him how he feels they’d do against the current crop of players.

Second part of Owain’s chat with former Wales team mate Chris Gunter.Chris talks about his favourite Euro 2016 memories, the leaked video that went viral following England’s defeat to Iceland, his respect for Chris Coleman and his feelings at being one of Wales’ highest capped players.

Owain catches up with his old team mate Chris Gunter to chat about club football, Jaap Stam still being the best player in training, reversing cars into walls, Wales' failure to reach Russia 2018 and more.Part 2 on its way very soon.

Owain meets former Norwich City captain Russell Martin to talk about his heartbreak at leaving the club, why he’s planning his next career move already, playing golf in hotel corridors, realising how big a club Rangers are, Paul Lambert’s influence and plenty more.Production by Meic ParryGraphic by Celt Iwan

© 2020 OwlTail All rights reserved. OwlTail only owns the podcast episode rankings. Copyright of underlying podcast content is owned by the publisher, not OwlTail. Audio is streamed directly from Longman servers. Downloads goes directly to publisher.