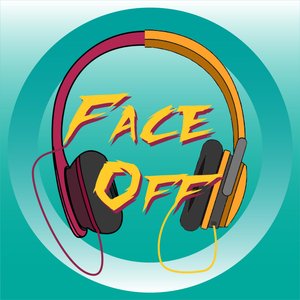 Face Off is a weekly debate-style show in which we debate two similar music artists of any genre, and you, the listener, decide who wins! Join Callie and Tristen as we tackle classic and recent artists' discography and history in an effort to provide an informative, entertaining, and sometimes heated dialectic to determine a winning artist. To take part, just listen to our newest episodes as they release, and then head to our social media @faceoffchicago to vote in a 24-hour poll for the victor, and submit your own opinions to the show. 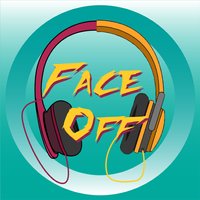 In an epic return to Face Off, Callie and Tristen take on a battle being raged for decades... Queen or Elton John? Vote for the winner @faceoffchicago, and stay tuned for next week's episode!

In this week’s episode of Face Off, Callie and Tristen hold a throwback show of two of the biggest girl groups ever: TLC and Destiny’s Child. These two groups have tons of R&amp;B classics, and we take a look at just a few of those and debate the better of the two. Vote for a winner on our social media @faceoffchicago.

In this episode of Face Off Callie and Tristen debate and listen to spanish-speaking artists Rosalia and Becky G! We take a look at both of their backgrounds in music and how they entered the music industry. Each of their stories and styles are so different but equally fascinating, and explain a lot about the evolution of their music. Take a listen and vote on our Instagram and Twitter @faceoffchicago to decide the winner!

Tame Impala VS Foster The People

In this episode of Face Off Callie and Tristen debate and listen to psychedelic outfit Tame Impala and indie pop group Foster The People. We take a look at both of their underrated and popular songs and talk about the amazing instrumentation and overall production, while acknowledging setbacks of each band. Take a listen and vote on our Instagram and Twitter @faceoffchicago to decide the winner!

In this episode of Face Off Tristen and Callie take on the battle of the Justins. This is a hot one! Do you side with Timberlake, whose NSYNC, acting, and solo career have made him an undeniable force in the entertainment industry, or with Bieber, whose variety of teen pop, electronic, and pop-rap have spanned the 2010s? Make sure to vote for the winner on our Instagram polls at the release of this episode @faceoffchicago.

In the first episode of Face Off's reboot as an official podcast, we are taking on two Atlanta-based rap groups, Rae Sremmurd and Migos. These two groups have seen immense popularity in the past 5 years, and if you aren't familiar with their music or what makes them popular you can join Tristen and Callie as they go through and listen to the artists' discography, background, and style while battling it out for a winning group. Join us for a special premiere and then head to our social media @faceoffchicago to vote on the winner!

Fall Out Boy VS Panic! At The Disco

In this throwback episode of Face Off, Tristen and Callie take it back to our emo middle school years! Let's blast some pop punk and dance to Fall Out Boy and Panic! At The Disco, as we go into a little bit of their history and discography to determine the better emo-rock-turned-pop outfit.

In this special throwback episode of Face Off, Tristen and Callie pay tribute to two of the biggest voices in emo rap. X and Juice WRLD are pioneers in the genre, achieving massive success before tragically dying. In the show, we take the time to appreciate their music and who they were as people and to remember them for the good that they brought to the world, and the variety of unique and interesting music that they were well known for.

In this throwback episode of Face Off, Callie and Tristen go into the life and career of classic singers Aretha Franklin and Whitney Houston. Though from different generations of music, their influence is undeniable, and as such prominent early female singers, they can hardly be ignored. Their music stands the test of time, but will they stand to face off against each other?

© 2020 OwlTail All rights reserved. OwlTail only owns the podcast episode rankings. Copyright of underlying podcast content is owned by the publisher, not OwlTail. Audio is streamed directly from Tristen and Callie servers. Downloads goes directly to publisher.