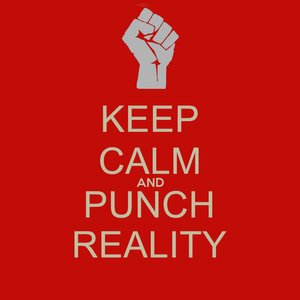 In this week's futuristic adventure, Magnus Lad attempts to satisfy his man-crush on The Giff with a long look back at Legion Of Super-Heroes #02. The Five Years Later period is most probably the most sadly underrated era of the Legion's entire history. And that's a real shame because any one of these 5YL issues has more spark, energy and creativity than some entire runs of modern comics. So crank up the synthwave and let's get our 80's on!

Episode 275- Together, We Will Both Tempt Our Fates

Okay, so minor change of plans here. But it's all under control. Everything will be just fine. But right now seem like it would be a good time to salute a pretty solid movie and, in the bargain, give a shout out to a listener. So David Wang, opportunity knocks! In this week's adventure, Magnus takes a fond look back at 1998's The Mask Of Zorro, starring Anthony Hopkins and Antonio Banderas.

So. It's come to this. In this week's adventure, Magnus releases a listicle as an episode. Hot Buttery Popcorn For The Movie-Lover's Soul is all about the five movies Magnus will always have within arm's reach. What are these fives movies? And what makes them so special that Magnus considers them not just mandatory viewing but mandatory ownership as well? Listen now and find out!

Episode 273- Respect For The Elderly- Punisher MAX #13 (Plus Listener Feedback!)

In this week's adventure, Magnus considers Punisher MAX #13, the first part of the 'Mother Russia' storyline. Topics include Punisher MAX #13, military warfare in Minsk and reflections on how awesome Nick Fury MAX is. After that, it's time for some listener feedback, prefaced with some initial thoughts on the definite potential of Robert Pattinson possibly being definitely confirmed (maybe) to play Batman in the next movie ("possible spoilers" or something).

Welcome to the first episode of Trentus Magnus Punches Reality since the last episode of Trentus Magnus Punches Reality. Which has been a really long time, in fact. Very close to seven months. But the wedding is over, the hiatus is over and it's time to get back to the business of getting back to business. In this week's adventure, Magnus shines a light on New Avengers v1 #07, the first part of The Sentry storyline -- or the Sentry retcon, if that works better for you. Cuz srsly, it was a pretty big retcon. As big a retcon as Linda always being somewhere around the MCU? Magnus has no way of knowing. Btw, this episode is old old old. Recorded two years ago, Magnus slapped a brand new intro blurb to beginning to make it sound all new and stuff but we all know nobody will be fooled by that. Certainly not you eagle-eyed (or beagled-eared?) listeners. Still, what more do you need? It's the New Avengers, it's the end of the hiatus and there's plenty of Spider-Man being Spider-Man as only Bendis could write him. So start listening now before some comedic but highly improbable fate befalls you!

Magnus rewatches Unbreakable, Split and Glass (in that order too) and savors some comic book'ish movies that are actually worthy of respect. Twenty-three and a half minutes of musing about a criminally underrated trilogy of films. There are longer time-investments you could make, let's be real.

#PodcasterProblems. You record a show, edit a show, mix a show, completely forget about the show, eat some cereal, take a hiatus, dig through your external hard drive one day and fall bass-ackwards into the show you forgot about. Yeah. That's what happened here. So, considering the Kelvin timeline's present DOA status, it's now or never for releasing this look back at Star Trek (2009).

Magnus watches Halloween (2018) and you get to hear all about it.

Yes indeed, contrary to popular opinion, Magnus is capable of releasing an episode where the words "Legion Of Super-Heroes" never escapes his lips. You wouldn't think so but it's true. Unfortunately, there's some heavy news which is weighing heavily upon His Excellency's heart in a heavy way...

Magnus gabs about #Comicsgate. Is this crossing the Rubicon?

Feedback from Gene Hendricks leads into something Magnus didn't have time to talk about in the five year anniversary show.

Magnus was in a ranty mood and it was time to clear the air about a few things. After Magnus finishes spitting venom, it's time for some feedback!

The Caped Crusades was meant to tie in with the release of a Ben Affleck-led solo Batman movie... which is obviously not coming any time soon. That's unintentional and inconvenient timing. But the Caped Crusades was all I had that's really ready for release right now though. So here we are.This closing part of The Caped Crusades (which is called Batman's Series Finale) was meant to put a bow around the megaseries while giving a few people something they've been requesting for a few years now... and it ties in with the announcement of the upcoming animated Hush movie. That's unintentional but highly convenient timing. And anyway, Batman's Series Finale is all I have that's really ready for release right now. So here we are.Life is strange sometimes.

Does anybody else ever lean back in a chair and think "Holy crapola, Marv Wolfman is awesome"?Asking for a friend.

In this week's memory-altering episode, Magnus pours a tall glass of Dr Bourbon for a chat with Chris "Quote Marks" Honeywell about the Mandela Effect.What is the Mandela Effect? How does it work? What caused it? Is it even a thing fo real?All these questions get asked in this week's episode. As to whether they get answered, maybe so. Or maybe they did. Until the past changed which changed this episode in the process. Now, who can say?So what more do you need? Start listening right now before the prime operating system resets itself again and wipes you out of existence.Due to the avalanche of awesomeness, there's just no time for listener feedback this week. Even so, don't be left out! You too can offer your feeble effort at tribute whenever you want! Yes indeed, you humble serfs are always welcome to kiss your benevolent leader's ring. Corrupt DiManzocorp interns are ready, willing, able and eager to accept your bribe to present your meager missives to your wise emperor. The email address to use is trentusmagnus@gmail.com as the other seems to be having technical problems.In an another sublime act of truly stupendous magnanimity, your emperor permits you lowly rabble to suggest topics for a future episode. Thus, requests may be sent to trentusmagnus@gmail.com for the aforementioned corrupt DiManzocorp interns (who probably lack souls) to review, whereupon your leader might consider thinking about the possibility of potentially discussing whatever you have in mind some day. And that's a promise!

More INTJ stuff. Maybe talking about some fictional INTJ's will help shine a brighter light on this topic. It's an idea at least, right?

In this fourth and final part of School Anthem, Magnus casts a borderline contagious eye on senior year of high school as filtered through the musical sensibilities of Alanis Morissette and explains how "Thank U" became that year's anthem.