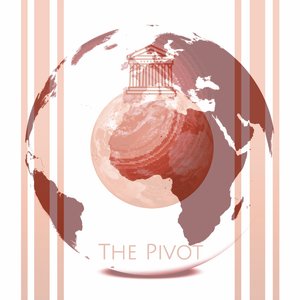 Hello all! Welcome to the Pivot! The purpose of this podcast is to discuss in detail the geopolitical implications of the 21st century as we gravitate from a definite American unipolar international order to a nascent multi-faceted, multi-polar international system. This podcast looks to extensively address the question "how did we get to where we are now?" and the question, "where do we go from now?" In order to do this, we must understand the powers of history, civilization development, technology, identity, and geography so that we can properly shed light on the true realities of our world. Through monologues, dialogues, interviews, and open-ended discussions, the Pivot seeks to provide a platform of intellectual engagement, assessments, awareness, and a learning environment! This podcast hopes to accomplish a new understanding of international relations, international security, and national security as we embrace and confront new challenges to the sustaining of our political institutions! This is intended to be a fun yet informative podcast hosted and organized by ambitious, knowledgeable, and determined individuals that wish to raise awareness and live lives of service to government, more specifically foreign policy, defense, and national security. 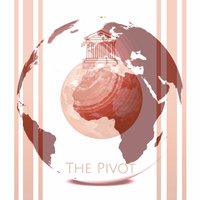 Through the evaluation of the Chinese strategy, modern geo-economic principles can be analyzed as the usage of military force has diminished while geo-economic and financial-based statecraft tools have increased in order to garner geo-strategic posturing and global influences. This series looks to examine such.

On Syria Part One

Geopolitical Host Semaj McDowell and Special Guest Lance Moore begin discussions on the Arab Republic of Syria and the ongoing civil war and instability that has endured since 2014. By evaluating the positions of the state and non-state actors, the United States and regional partners/allies would be able to be in a better position to address and resolve the socioeconomic afflictions that are exploited and manipulated on the spectrum of conflict.

Western Misconceptions of Islam & the Absence of Sound Strategy

The 21st Century calls for a new evaluation and approach to the United States' initiatives and agenda within the Muslim World. Although shedding important emphasis on historical trends and the overview of tensions and conflicts over time, Samuel Huntington's Clash of Civilizations and Francis Fukuyama's End of History theories are not as applicable in the current post-modern world. The Muslim world is not a monolith and the concept of Western liberal democracy may not be the sole solution to the instabilities of the Middle East North African region; however, if it is to be the solution, then it must happen domestically and naturally rather than artificial and externally. Special Guest Yahya Alshamy (refers to go by Alshamy) comes onto the Geopolitical Pivot in an extensive, knowledgeable discussion on the absence of a sound American strategy to the region. Together, we delve into some of the misconceptions of Islam the Western World has internalized. This internalization is followed by disastrous policies with monumental consequences that the world still endures today.

America is truly an exceptional country, not just an ideal but as an institutional framework for the Rule of Law, Human Rights and Liberties, and Freedom. The American Experiment is a remarkable course in itself since the inception of the country. The past of America is not clean by no means from the blood spilled, the practices of enslavement, the near extinction of native people, and the pursuit of a "Manifest Destiny" by any means to formulate an empire of liberty and freedom and a model for the Old World to venerate. The past four years was a revelation about one of the two Americas that remain present in this country. The next four years must become a blueprint and healing process to rehabilitate the American Experiment as a bright beacon and saving example of governance for, by, and with the people.

We continue the conversation of Northern Ireland's Security Dilemma and the IRA while enjoying fine glasses of whiskey. We pick up from where we left off from Part 2 with our discussions on the current security problems of Northern Ireland going back to Thatcher and now with BREXIT. Part 3 Finale will be on future implications and analysis of the security dilemma.

This unique group conversation on current geopolitical trends is one that is unscripted and will be a weekly addition to the Geopolitical Pivot podcast as we have serious conversations about the current status and conditions of the United States, the West, and our adversaries. Through a discussion ranging from the recent cyber operations alleged by Russia against the United States to a conversation on why the United States and the West no longer have a strategic definition of Victory while suffering from strategic atrophy and a lack of will to ensure the current 76 year old international rules-based liberal order.

Disinformation is a covert weed seeking to achieve overt influences and erosion of democratic societies and to undermine democratic political establishment for the national interests and agendas of adversarial powers, both state and non-state actors. Democratic societies must become more resilient in its monitoring, surfacing, and combating of disinformation campaigns to avoid a catastrophic regression of a course of development since the 1700s.

A Case Study on Northern Ireland

The history between England and Ireland is a tale that span 800 years. Northern Ireland has been a battleground that is worth examining as its present can reopen past wounds to destabilize any future hope of reconciliation and prosperity.

An Introduction to Psycho-Informational Warfare Campaigns

As information technology, social media platforms, and mass media continue to grow, they have become part of new mechanisms by great powers and non-state actors to undermine social cohesion and political institutions of adversaries, more notably Western democratic countries such as the United States. With the consumption of media information, we run the risk of either unconsciously assisting in the expansion of disinformation and misinformation components of Information warfare or becoming the direct recipient of the Information Warfare campaign.

Afghanistan is unfortunately positioned in one of the top historically geopolitical regions in the world as it is centered at the center of South Asia, Central Asia, Far-East Asia, and the Middle East. From the 2020 Global Terrorism Index, Afghanistan remains the number one country for global terrorism and terror-related incidents due to the Taliban. To understand the Taliban, it is important to understand Afghanistan.

© 2020 OwlTail All rights reserved. OwlTail only owns the podcast episode rankings. Copyright of underlying podcast content is owned by the publisher, not OwlTail. Audio is streamed directly from Semaj McDowell servers. Downloads goes directly to publisher.