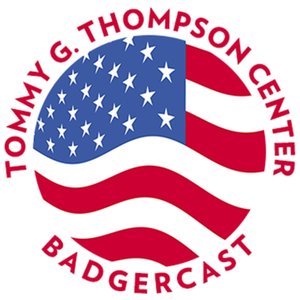 The Badgercast is the official podcast of the Tommy G. Thompson Center for Public Leadership at the University of Wisconsin-Madison. As Governor of Wisconsin, Tommy Thompson’s goal was to bring people together to accomplish positive change. We share that goal.

Attorney Ryan Walsh joined the Tommy G. Thompson Center to discuss the recent Supreme Court case on the Governors's Safer-At-Home order. Walsh discussed the authority and power of agencies in the state government, and the process of properly exercising that power. He also discussed the takeaways from the Supreme Courts decision, and its meaning for the future.

The Thompson Center was joined by former governor Tommy G. Thompson and Wisconsin State Senator Fred A. Risser, the longest serving lawmaker in American history. Tommy Thompson and Senator Risser reflected on their time in office and discussed changes they bore witness to during their time in office. Each also shared their thoughts on good governance and gave some advice for up and coming leaders of the future.

In this Podcast Thompson Center Director Ryan Owens interviewed David Robson, author of "The Intelligence Trap: Why Smart People Make Dumb Mistakes." Robson is an accomplished writer specializing in matters of the human brain, body, and behavior. His work has appeared at the BBC, The New Scientist, The Guardian, and the Atlantic. Robson discussed the unique tools available to highly intelligent people to double down on mistakes. Further, higher levels of education as they are currently designed actually strengthen self-selection bias when looking at the evidence available to them, because the priority of the individual in to make a strong argument for their point of view. Robson went on to discuss the means and ways by which a person can avoid the intelligence trap, and be more effective in decision making. 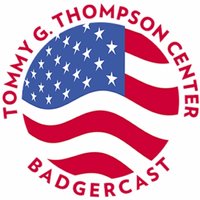 Senator Mike Lee of Utah joined the Thompson Center to discuss legislation relating to the Foreign Intelligence Surveillance Act and a set of provisions scheduled to expire on March 15, 2020. Senator Lee began his tenure in 2010 and is a member of the U.S. Senate Judiciary Committee.

The Thompson Center was thrilled to have the opportunity to interview both Wisconsin Supreme Court Justice Rebecca Bradley and Justice Rebecca Dallet. The Justices described the work they do and how it may be different from the publics perception. They also weighed in on some of the key issues facing the court in the contemporary context. Additionally, the Justices made some tips and recommendations to attorneys when they bring a case to the Court.

Dr. Gordon Wood, professor emeritus at Brown University, joined the Tommy G. Thompson Center to discuss the 1619 Project. Dr. Wood discussed the importance of the 1619 Project, where it is accurate from a historical perspective, and where it misses the mark.

The Thompson Center had the great pleasure of interviewing Dean Margaret Raymond, who has served as the Fred W. and Vi Miller Dean of the University of Wisconsin Law School since July 2011. Dean Raymond served as a law clerk to the late Justice Thurgood Marshall of the U.S. Supreme Court and the late Judge James L. Oakes of the U.S. Court of Appeals for the Second Circuit. Following her clerkships, she practiced as a commercial litigator and a criminal defense lawyer. Dean Raymond's scholarship focuses on constitutional criminal procedure, substantive criminal law, and the professional responsibility of lawyers. She is the co-author of a Professional Responsibility casebook, The Law and Ethics of Law Practice (with Hughes, 2d ed. 2015). From 2013-2019, she served as a member of the Standing Committee on Professional Ethics of the Wisconsin State Bar and she participates regularly in providing ethics CLE programming to Wisconsin lawyers.

Yuval Levin spoke with the Thompson Center about the breakdown of social institutions and cohesion in America, and the rise of populism that is both the cause and effect of this cohesion it.  Discussion also focused on the status and modern development of the Democratic and Republican parties.  Levin also spoke on what the role of the federal government is to be part of the solution in addressing the problems of modern society.  He also addressed federal spending and the agreement of both parties that nothing should be done to address deficits.

The Thompson Center was pleased to speak with Representative Evan Goyke.  Representative Goyke spoke on his district and the city of Milwaukee and its importance to Wisconsin.  He also talked about some of his work in pursuit of statewide criminal justice reform, particularly housing reform as a way to reduce crime, but also reforms more broadly.  Representative Goyke also spoke on being a representative and the pressures faced by all lawmakers that make bipartisan solutions difficult to accomplish.  One of his key take aways was that in passing bipartisan legislation the first step is the hardest and the fallout predicted by opponents to the legislation rarely materializes to the extent which was feared.

The Thompson Center was thrilled to have the opportunity to sit down with Robin Vos, Speaker of the Wisconsin State Assembly.  Discussion included an update on what Speaker Vos was up to in the Assembly, his take the state of politics today, what we can do better, and how things are moving forward with divided government in Wisconsin.

The Thompson Center was very pleased to hear from journalist, Supreme Court analyst, and author Joan Biskupic. Discussion centered on her new book "The Chief: The Life and Turbulent Times of Chief Justice John Roberts".  Other topics included the nature of leadership on the court and areas of law the Supreme Court may or may not take up in the near future, notably affirmative action policies.