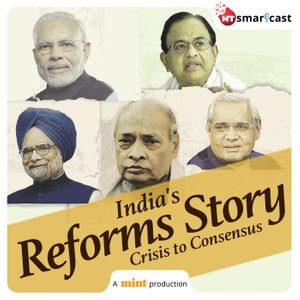 It’s been 30 years since India opened up its economy, freeing it of the licence permit raj, improving access to capital, and introducing a New Industrial Policy. But what went on behind the scenes, and how have successive governments taken these reforms forward? In a series of seven conversations with economists, policymakers, thinkers and doers, Puja Mehra unpacks the story behind India’s reforms and finds out what’s likely to happen in the near future. This is a Mint production, brought to you by HT Smartcast. 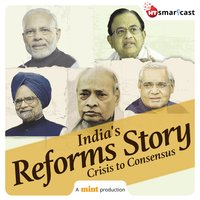 Ruchir Sharma: ‘Only in a crisis does India reform’

Has the Indian economy truly graduated from being business-friendly to being market-friendly? As we come closer to wrapping up the series, Let’s hear from Ruchir Sharma, Global Investor, Author, and Columnist, about India’s reform experience and the progress made in the whole range of market economies as a result of reforms taken in these 30 years.

What shape will Modi’s government reforms eventually take and what results they are gonna finally yield? How they will ultimately change lives in the years to come? In this episode, Pooja Mishra in conversation with Surjit Bhalla, Executive Director for India at the IMF, gives deep insights into the important reforms initiatives by PM Modi until now including the changes introduced in the farm laws that are being fiercely resisted by the farmers.

We cannot afford to deny that there are signs of a deep malaise in the Indian economy. To understand what has truly gone wrong, Join Pooja Mehra in conversation with Dr. Bibek Debroy, the Senior most Economist in the Government and Chairman of PM Modi’s Economics advisory council as he traces back the Narendra Modi’s government reforms record ever since he joined the office in 2014.

Vijay Kelkar: ‘If you want to be an economic superpower, you can't be protectionist’

What makes Vajpayee’s reforms different from the successor government? Weren’t the economic reforms of his regime more by oversight than by design? In this episode of India’s reform story, Join Pooja Mehra in conversation with Vijay Kelkar, former finance secretary and chairman of the 13th Finance Commission, as he uncovers Vajpayee’s knack of overcoming resistance to reforms.

N.K. Singh: ‘When Vajpayee became PM, telecom was in a colossal mess’

When Vajpayee became Prime Minister in 1998, the telecom sector was in complete disarray. What fueled the explosive growth in the telecom sector and how did it become one of the big reform success stories? Join Pooja Mehra in conversation with N.K. Singh, Chairman of the 15th Finance commission, as they talk about the cleanup and total deregulation of the telecom sector in India.

Only a few people realize how irrational the Indian economic control system was before 1991. What the winds of economic liberalization brought with it was the dismantling of License Permit Raj. Join Pooja Mehra in conversation with Dr Rakesh Mohan, Former deputy governor of RBI, as they discuss this system in-depth, the command-and-control economy, and how much of this system was dismantled after 1991.

India ran into an unsustainable deficit in the balance of payments in the year 1991. To start the series, Pooja Mehra asked Mr Montek Singh Ahluwalia, an Indian economist and civil servant who served as the Deputy Chairman of the Planning Commission of India, to recount how the BOP 1991 crisis built up, how it was brought under control and how political space cracked open reversing the interventionist economic policies that India had followed for the first 4 decades post-independence.