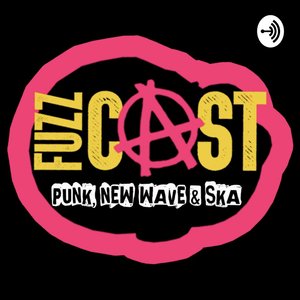 A podcast which talks to some of the musicians at the centre of the punk, new wave and ska explosion which in the late 1970’s and early 1980’s changed the face of popular music, forever and for better. 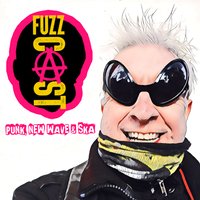 SPIZZENERGI are best known for the punk anthem ‘Where’s Captain Kirk’ which became the first record to top the UK Independent Singles Chart when it launched in January 1980.  They were also known for changing the name of the band every year.  Front man Spizz looks back on a 45 year career in punk rock including touring with Siouxsie and the Banshees, working back stage for The Clash and finally meeting his hero William Shatner. 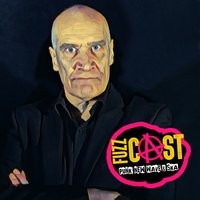 Paul Holloway's second guest on Fuzzcast is Wilko Johnson. Wilko made his name as guitar player and songwriter with Dr Feelgood. Hailing out of Canvey Island the band are widely acknowledged as the best band on London’s pub rock scene in the mid 70’s which heavily influenced the birth of punk rock. The band were riding high after their live album Stupidity topped the UK charts in 1976 but Wilko left the Feelgood’s after a spectacular bust up with frontman Lee Brilleaux whilst recording the band’s fourth album Sneaking Suspicion the following year. Wilko was later invited to join the Blockheads by Ian Dury and recorded the Laughter album with the band.  During his time with the Blockheads Wilko formed a friendship with bass player Norman Watt-Roy who still plays in his 3 piece band today together with drummer Dylan Howe. There was a resurge in interest in the Feelgood’s in 2009 when Julien Temple released his excellent documentary film, Oil City Confidential. On the back of the film Wilko landed his first acting role with a part in Game of Thorns as House Lancaster executioner See Ilyn Payne. In 2013 Wilko was diagnosed with terminal cancer and given less than a year to live. He refused chemopathy and crammed into what he thought was his last year; trips to Japan, a farewell tour, recording a best selling album with Roger Daltry and making another film The Ecstasy of Wilko Johnson with Julien Temple about his own mortality. However, a fan who happened to be a cancer specialist perseuded Wilko to take a second opinion and Wilko underwent a major operation which cured him from cancer. In 2016 Wilko published his autobiography Don’t You Leave Me Here and in 2018 he released Blow Your MInd, an album of new material. Wilko was still gigging until Covid stuck. 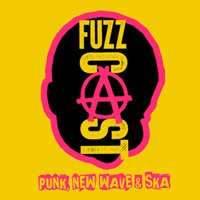 Welcome to Fuzzcast A podcast which talks to some of the musicians at the centre of the punk, new wave and ska explosion which in the late 1970’s and early 1980’s changed the face of popular music, forever and for better. This extended teaser includes audio from the Fuzzbox radio show archives including clips with Pauline Black (The Selecter), Jah Wobble (PiL &amp; Invaders of the Heart), Hugh Cornwell (ex-Stranglers), Wilko Johnson (Dr Feelgood, Blockheads, Game of Thrones), Buster Bloodvessel (Bad Manners), John Cooper Clarke, Ranking Roger (The Beat), Jake Burns (Stiff Little Fingers), Sir Horace Gentleman (The Specials), JC Carroll (The Members), Baz Warne (The Stranglers &amp; Toy Dolls), Mike Barson (Madness) and Billy Doherty &amp; Damian O'Neill (The Undertones). In the coming months we hope to catch up with more punks, rude boys and girls who shaped the future of music and share their stories with you. 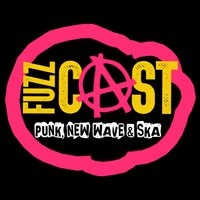 In the long hot English summer of 1976, a spark was lit that would change the face of popular music, forever. British punk started as an alternative underground live music scene in sweaty clubs and pubs around London’s west end and Camden town. Spearheaded by The Sex Pistols and The Clash and inspired by the New York punk scene, London’s pub rock circuit and a learn three chords and do it yourself ethos - that spark became a flame which spread like wildfire all cross the nation. Paul Holloway is a radio presenter who  in 2008 I launched a late night  show called Fuzzbox on Pure Radio in Stockport playing punk, new wave and ska.  Now he is  dusting down my little black book of contacts and hoping to catch up once again with some of the musicians who helped to shape the punk rock revolution that changed music forever.  He is sharing their stories with you in a series of podcasts. This is Fuzzcast, Punk, New Wave &amp; Ska - It’s anarchy in the UK 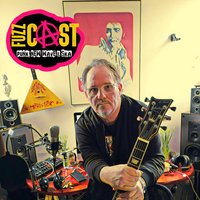 Welcome to Fuzzcast, episode one -  The Sound of the Suburbs with JC Carroll from The Members. Guitarist JC was one half of the principal songwriting partnership in the band with front man Nicky Tesco. JC &amp; Nicky both originally from the leafy Surry commuter town of Camberley but the band made it’s name in and around West London. Best known for the punk anthem ‘Sound of The Suburbs’, The Members were a key part of the London punk explosion released three studio albums in the band’s first spell together between 1976-83. They were signed by legendary label Stiff Records, then Virgin, they toured America and Australia where they also had success. They played gigs with The Police and The Clash, and like both those bands incorporated reggae into their sound. After a 24 year hiatus, The Members reformed in 2007. JC Carroll has been the ever present driving force behind the band since they got back together. They are still gigging and have released new material and a Greatest Hits album.

© 2020 OwlTail All rights reserved. OwlTail only owns the podcast episode rankings. Copyright of underlying podcast content is owned by the publisher, not OwlTail. Audio is streamed directly from Paul Holloway servers. Downloads goes directly to publisher.