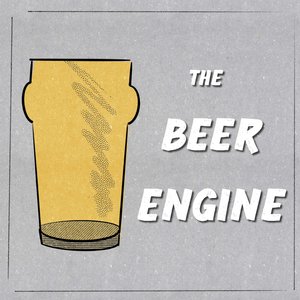 Every bar worth its salt has its regulars. Cheers had Cliff and Norm, Moe's had Barney and Homer and Lenny and Carl and the guy with the hat and the green vest and that one balding guy (?). Barstool Sports has that maniac who rates pizza and goes on alt-right tirades. Hey, but what if the regulars came to you and maybe the conversations were recorded? Maybe they talked about their beers, and they might have unusual hobbies or know too much about buying beer on the internet. Tony and Griff are the regulars at the bar chatting over a few cold ones about beer, or whatever else is going on. Belly up, crack open a Hamm's and feel free to eavesdrop on what these two drunks are going on about today. 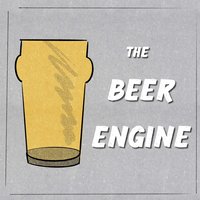 Damn we just did this show and I already forgot what it was about!? No! Well in the first 20 minutes we were all over the damn place and I think Tony went on about Aussie gas stations. Then we did some NBA and betting chit chat. Cool! Also a big Hyper Beer Nerd Dork Shit News (™) segment about the end of beer. It's all over folks, pack it in. At the end, Tony gets caged up in the circus and has to play an all time difficult game to free himself. Good luck dude!!!

Ohhhhhhhhhh I'm tired. I moved out of my house yesterday and, wow, even when you pay soekihe to do it, it's tiring. Also the guys who came by may have been a syndicate outfit. We'll see. On today's show, we talked about Australian gin and tonic for too long before Kelly hops in to give is the expert's opinion on some new seltz flaves. Then, we throw a tricky game and Tony and Kelly where they have to pick what year something happened in? Geez good luck! Hope you don't totally have an insane meltdown. OK byeeeee.

Oh man, the fellas have survived for another week, which means you, the lucky listener, receive one (1) additional week of wonderful, useful beer content. On today’s show, Griff tediously runs down the most painful of details of his drive across the nation - you know things like what car he drove and the route he was driving and the cost of various tolls. Super! Also, the guys talk about some of the latest cool and nice things on the Beer Engine Pod Discord server! Finally, a return for “Two Brews and a Lie” as Griff tries to bend Tony’s mind so badly that he develops Dissociative Personality Disorder. You’ll have to listen to find out if it worked! K ENJOY!

We're back! Thanks for waiting, gang. I was busy driving across the entire country and still trying to keep a quota of hazy IPA and sugar stout. Don't worry, I made it. On today's episode, we break down the necessity of "Train Beers," some 10 year old Quad, and Tony hoists himself from a fancy beer drought. Also, the guys kind of make assholes of themselves (but in a good way) talking about the sexual harassment and abuse that has run rampant through the nation's best breweries and the nation's neighborhood breweries. A light-hearted end to the show comes in the form of a round of "Untrappd" as Tony faces off against the Kool Aid Man. Ohhhhh yeah!

This is a real test for me. See, we literally just recorded the show and I pretty much don't remember anything that either of us said. That's okay, I'll still keep making this garbage. On today's show, the guys cover a lot of ground - Griff's final weekend in Vegas, Tony's feelings on Red Rooster and the latest from the world of Jon Taffer. Also, Griff waxes poetic about a new beer bar and a new table game, and Tony deals with some bad tweets. At the end, we played Untrappd and it had a slightly new format?! Whoa! Wow I did pretty good...we really did talk about most of that. Welp, see ya later!Sorry for the late show, Tony was being a slack bastard.

Show notes?? Damn, I'm so tired...but for you guys, anything. On today's episode, we talked about chicken A LOT. There is some super dork news about the environment which inspires both hosts to go on full tilt tirades. Griff thinks about all of the delicious barleywine he has waiting for him in Chicago, and who wouldn't? Finally a chicken…. game? Whatever. I'm going back to sleep. Good night everybody!

Clickbait alert! He's going after B-dubs, get him! It's true, I did go after B-dubs, but you can't be mad because it's our first anniversary show! Today, the guys celebrate by barely recognizing that it's been a whole year of this…whatever this is. The guys complain about already really bad restaurants, and then unleash a thicc batch of seltzer news. Oh yeah! After that, Griff tosses Tony into the well for an anniversary themed round of "Untrappd." Alright now git them headphones in ya hear!

Oh no! More show notes? I can't even! Just kidding, I'm good! What a great episode we have this week. A fully-vaccinated Griff and an unvaccinated but unthreatened Tony take on the "major issues of the day" in the "world of beer." Not really, but Griff does give a review of the new Burger King chicken sandwich everyone is going on about. The guys cover some important Hyper Beer Nerd Dork Shit News (™) that I think was primarily vitamin seltzer related. Then, a new game?!?! Griff actually comes up with something newer and stupider than what we already had with a rundown of big breweries in "News, the Game." Download it and listen if you want, whatever!!!

Oh wow remember April Fools Day? It was like, a few days ago. April Fools Day is one of those days that you remember for about 3 minutes while it’s happening. Well, good news, your favorite podcast made a whole episode about it….kind of. On today’s highly organized and well thought out episode, your heroes (that’s Tony and Griff) bring you all the important brewery April Fools bits you love, and some that you might have missed. Griff breaks down his favorite beers from a trip to the beach, and Tony breaks down his favorite beers from….his fridge, I guess. Then it’s game time - Tony is put to another round of “This or That” to determine if some super fancy beers are the creation of the marketing department, or the brewing department in a super duper April Fool challenge. I swear this is the end of the April Fools content. I promise! Cool!

**ALERT THERE IS NO CINNAMON SHRIMP CONTENT IN THIS 90 MINUTES OF PSYCHOBABBLE** Hello everyone. Just got in from California and man, is it nice over there. I thought the ocean was cool, not to mention all of the beers. This episode is definitely one of our 50 best, I guarantee it. Griff does on a TV rant in memory of Jessica Walter. The guys also "mourn" this disappearance of a beloved "Chicago" brewery, and eventually they play a game about college basketball coaches or something. And I think some other stuff happened too. Alright see ya!!!

© 2020 OwlTail All rights reserved. OwlTail only owns the podcast episode rankings. Copyright of underlying podcast content is owned by the publisher, not OwlTail. Audio is streamed directly from Griff & Tony servers. Downloads goes directly to publisher.