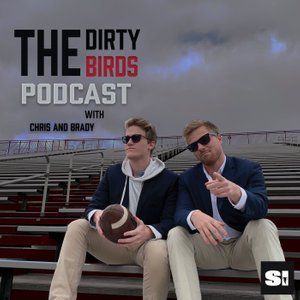 After tuning in to all the Atlanta Falcons podcasts out there, Brady and Chris set out with a simple task: Produce the most creative and thought-provoking Atlanta Falcons podcast. From Dan Quinn to Deion Jones, The Dirty Birds Podcast, part of Sports Illustrated’s “The Falcon Report,” is THE place for all the Atlanta Falcons coverage you could ever want, or need. Catch the hottest weekly takes on Matt Ryan, Julio and more every Tuesday morning.Also, check out The Falcon Report: https://www.si.com/nfl/falcons/ 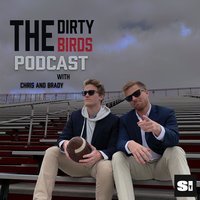 The Atlanta Falcons' last-second, blown-lead loss to the Detroit Lions in Week 7 made Brady Pfister and Chris Vinel speechless — which is ironic considering this is the final episode of The Dirty Birds Podcast.

37. A Bittersweet Victory for the Atlanta Falcons

The Atlanta Falcons got their first win of 2020, but does it actually mean anything?Sure, it's fun to see all the pieces Atlanta boasts putting it all together to finally perform the way we all thought they were capable of playing when the season first began, but when it comes to the actual trajectory of the season, the odds are still tough for the Falcons. The big story of the week was how the Falcons would look without Dan Quinn as head coach, ushering in the era of Raheem Morris.

36. A Eulogy for Dan Quinn, Thomas Dimitroff and the 2020 Atlanta Falcons

The Falcons are dead. Five weeks ago, Atlanta fans were day-dreaming of a 2020 playoff run with a re-tooled Falcons roster ready to make some noise in the NFC after a busy offseason. Now, after five straight gut-wrenching losses, the chances of the Falcons playing any meaningful football for the remainder of 2020 is slim to none. In more than 50 years of Super Bowl Era football, no team has ever made the playoffs after an 0-5 start.

35. Where Do the Atlanta Falcons Go From Here?

The Falcons are underdogs against the Green Bay Packers Monday. If Atlanta loses, what would that mean for the rest of its 2020 season?

34. How Does Dan Quinn Still Have A Job With The Falcons?

What else is there to say?At some point, observers of the Atlanta Falcons just run out of things to say about a team that continues to find boggling ways to throw very winnable games right down the drain. The script is never the same. Oftentimes, you can point the finger to a leaky defense. Other times, it's turnovers, penalties or even forgetting the rules of an onside kick. No matter how the Falcons lose, they have a knack to do so in heartbreaking fashion. There is a culture of choking in Atlanta, and it starts with head coach Dan Quinn.

Atlanta was given every chance to knock off the Dallas Cowboys on Sunday but still managed to blow a 19-point second-half lead thanks to a comedy of errors down the stretch. Is it time for Dan Quinn to be let go?

In their week 1 loss to the Seattle Seahawks, the Atlanta Falcons looked exactly as Brady Pfister and Chris Vinel predicted all offseason. Will anything change when the Birds head to Dallas next Sunday?

At long last, the Atlanta Falcons will return to the field this week to take on the Seattle Seahawks.After an offseason of change in Atlanta, Sunday will be the first time Falcons fans get a chance to see just how much better the team will be this year after a busy offseason in free agency and a much anticipated draft.

30. Who Should The Falcons Target In The Clutch?

If not Julio, which offensive weapon should the Atlanta Falcons target in the clutch? What do Dirk Koetter's latest comments about Todd Gurley II mean for the Falcons this season? Should Atlanta take a flyer on Earl Thomas?

29. Did the Atlanta Falcons Actually Get Better This Offseason?