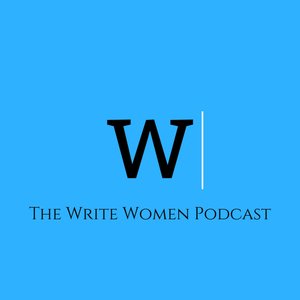 You are listening to: The Write Women Podcast! A platform which tells the stories of Black Caribbean Women who write and the steps they took to authorship! If you would like to get in contact with the show send an email to, thewritewomenpodcast@gmail.com and if you can, please leave us a review on iTunes ^_^ Much Love! 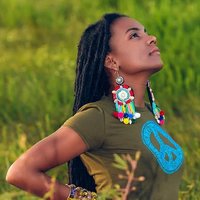 Trinidadian, author and journalist Tameeka Castillo  is the scribe for Written from Within.  It is her first book of poetry and showcases a front row seat into her world.  Tameeka is also the founder of the #menvoicesmattertoo movement which highlights the issues and traumas of young men and boys within society.  Tameeka Castillo, author, activist and journalist from Trinidad , believing in changing the world, one story at a time.  Check out her website: https://www.castillotameeka.life or find her here on Instagram.   If you would like to get in contact with the show, drop us a line at: thewritewomenpodcast@gmail.com you can also follow us on Instagram and FaceBook Don't forget to leave us review as on Itunes! Thank so much! --- Send in a voice message: https://anchor.fm/the-write-women-podcast/message 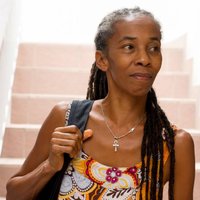 A-dZiko Simba Gegele is known in some areas of the Caribbean as a storyteller and workshop facilitator, specializing in working with children. Her debut novel All Over Again, won the inaugural Burt Award for Caribbean Literature in 2014.  In this chapter we have a very candid talk about who she is as a writer and the story behind All Over Again.  Follow her here on her Facebook page--- Send in a voice message: https://anchor.fm/the-write-women-podcast/message 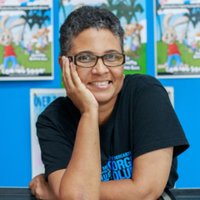 A prolific writer A. L. Dawn French has had her work featured locally, regionally and internationally since her pre-teen years. She has been part of publications such as "Creation Fire" 1990 published by the Caribbean Association for Feminist Research and Action (CAFRA), "Women's Future" 2000 published by the United Nations Development Fund for Women (UNIFEM), "Opus Spectrum" 2015 published by the Saint Lucia Writers Forum and the "Dictionary of Caribbean and Afro-Latin American Biography" 2016 published by Oxford University Press.  Her latest works are about an eight year old heroine named PEANUT who through her adventures shares morality tales with pre-teen readers.  Find her here on Facebook: https://www.facebook.com/dawnnbooks/  Want to get in contact with the show? Email us at: thewritewomenpodcast@gmail.com--- Send in a voice message: https://anchor.fm/the-write-women-podcast/message 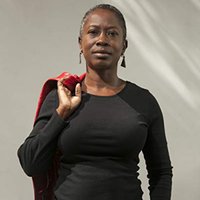 Meet Dr. Karen Lord, multi- award winning author of speculative literature from Barbados.  In this episode we touched on traditional literature vs speculative fiction, the Caribbean identity and experience as it relates to writers as well as advice on writing and lengthening or shortening work for competitions.  Want to get in contact with her? Check out her Website: https://karenlord.wordpress.com Twitter: @drkarenlord and on Tumbler: drkarenlordWant to contact the show? Hit up, thewritewomenpodcast@gmail.com and check out the digital bookshelf on empresszingha.com/thewritewomenpodcast--- Send in a voice message: https://anchor.fm/the-write-women-podcast/message 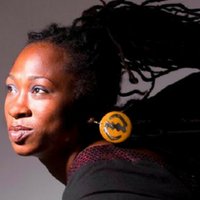 Sonia Williams - Author, Playwrite, Actress, Director, Editor, Activist, Spiritualist, Educator and good friend!  Sonia migrated to Brooklyn New York in 1979, where she attended Brooklyn Technical High School and Hamilton College, Clinton, New York. There she received a B.A. in Theatre Arts and Women Studies and a Watson Fellowship to Nigeria in 1989. In 1990 and worked extensively with Earl Warner and is also a well-respected director and performance artist whose works have been showcased at national, regional and international events. She has written Full-length Plays, Choreopoems, Short Stories and Poetry. She can be seen in the Canadian film The Triangle, the Barbadian feature film Sweet Bottom and British-Barbadian film A Caribbean Dream. Sonia is the recipient of many awards including the Karen Williams Prize in Theatre 1988, Watson Fellowship to Nigeria 1989, Actress of the Year Barbados 1990,the Governor General Award for excellence in Drama in the professional category of the National Independence Festival of the Creative Arts 1998 and the Roland Edwards Prize for her contribution to the development of the Performing Arts in Barbados 2016.She  has taught in communities and institutions in Jamaica, Barbados, and Trinidad, including the Edna Manley College for the Visual and Performing Arts, the University of the West Indies Cave Hill, and Barbados Community College. She holds a Post-Graduate Certificate in Higher Education teaching and learning. Her Novella This Too Will Pass was published in 2014 and her intention is to facilitate the development of people and the transformation of lives through artistic excellence and service.Contact her for artist development, directing projects, and to purchase her books via email: omisola46@gmail.com or Whatsapp: 1-246-248-6660 --- Send in a voice message: https://anchor.fm/the-write-women-podcast/message

© 2020 OwlTail All rights reserved. OwlTail only owns the podcast episode rankings. Copyright of underlying podcast content is owned by the publisher, not OwlTail. Audio is streamed directly from The Write Women Podcast servers. Downloads goes directly to publisher.