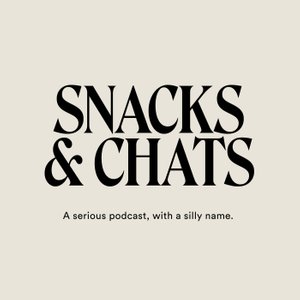 Snacks and Chats.A serious podcast, with a silly name.Lani and Ben begin each episode by asking creative New Zealanders how they tackle that loaded question, “Where are you from?” and the stories go from there. 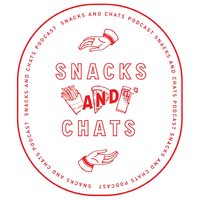 Episode 7: Israel Adesanya aka "The Stylebender"

Israel Adesanya aka "The Stylebender" chats with Lani and Ben about moving from Nigeria to Rotorura, NZ, and going from a kid who was bullied in school to a professional fighter. They talk a lot about fighting and how that relates to life and his love of dance, why he chose fighting over dancing, his recent fights, the prospect of fighting in the UFC, who will win in the Mayweather v McGregor fight and keeping a winners mentality even after tough losses.

We’re back with a one-off episode to end the year, with our favourite musician of 2018 - Chelsea Jade. She talks to us about how she almost quit being an artist when she moved to LA, learning not to torture herself and others when writing, overcoming the toxic nature of jealousy, and all the good tears she’s shed after working with a roomful of women engineers, producers and songwriters - and how nurturing and needed that kind of experience is for other women in the music industry.

Australian-Malaysian poet, writer, rapper and screenwriter Omar bin Musa is our first international guest. He talks about the experience of growing up brown, Asian and Muslim in Australia and how learning about Muhammad Ali changed the entire course of his life, from learning to love his brown skin to being introduced to hip hop. We also talk about how he transferred the feelings of fury and frustration into his debut novel Here Come the Dogs, and the pain he poured into into his latest album, Since Ali Died.

Rose Matafeo talks about living in Ponsonby before and after it was gentrified, going to AGGs, being an afakasi Samoan, making a TV show, being a comedian, going off the pill, missing U Live, definitely winning an Oscar one day and her impending sense of doom.

Josie &amp; T (Josie Oloioto'a &amp; Te Awariki Lardelli) talk about using their vlog to confront casual racism, sexism and homophobia, and the sex-ed they wished they had in high school. They also talk about mental health and the importance of strong platonic relationships, the impact of religion and culture on their lives, and the epic story of how they finally formed an IRL friendship.

"I went back for the first time in December to Kenya... I got there, and people stare at me even more than they do here, because I’m mixed. Probably that was the biggest learning. There’s probably never gonna be somewhere I fit completely so I’m just gonna have to make my own lane. Or just be comfortable in the fact that I am mixed. I’m me. I’m whole, and I am who I am."

Actor, writer and director Madeleine Sami chats with Lani and Ben about growing up in Onehunga, the clash of cultures there, and how Onehunga High School has influenced her work, and the characters she's played. She discusses her Mum's staunch insistence on repping her Irish ancestry and how her South Auckland identity may have overshadowed her Fiji/Indian identity earlier on in life. They also talk about the role race and gender plays in the kind of work that's available to her and why it can be necessary to create the roles you want to play for yourself.

TEEKS aka Te Karehana Gardiner-Toi discusses his stunning EP, The Grapefruit Skies, and the impact Māori culture and growing up speaking te reo has had on his life, and his music.“Growing up with the language, but also the whole culture of being Māori – singing, or being musically inclined - is just a part of being Māori as well. It’s a given ay, it’s like a pre-requisite, if you’re Māori you have to know how to sing, do kapa haka and write songs and perform.”

We spoke with Jahra 'Rager' Wasasala shortly after she'd performed her solo 'a world, with your wound in it' and the group show ORCHIDS at the Tempo Dance Festival. She spoke about the come-down after performing such works following years of prep, the conflicting tension that comes with the question 'where are you from'?, the problem with terms like Polynesian and Melanesian, not being afraid as an artist, the challenges of training institutions for young creatives, her mantra ‘The world as a woman’s body’, the creative influence of her mother and much, much more.

David Dallas talks about his identity as a Samoan/Palagi afakasi growing up in South Auckland and how that shaped him and his music. He talks about being a rap and computer nerd, a music pirate, and how Sirvere and DLT's The True School on Max TV influenced and informed his knowledge of rap. He also goes deep about his latest album Hood Country Club, why long time collaborators Fire &amp; Ice were tougher on him this album, and why the album was more difficult to write than others.