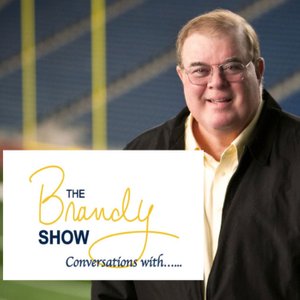 The Voice of U of M Wolverine Football talks sports and much more with his friends and contacts from nearly 50 years in broadcasting. Enjoy the stories you've never heard on "Conversations with.... 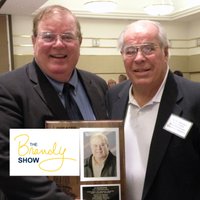 Michigan State University has a storied athletic history. One of the legendary names in Spartan history is former football coach Duffy Daugherty. To get an up-close look at the Spartan legend you need to find someone who played for Duffy...enter my brother, Art Brandstatter Jr. Back in the late 50’s, he played for Duffy as he was laying the groundwork for his national championship run of the mid-’60s. Surprisingly, the Spartan program back in those days was also at the forefront of major social change in this country. Art Brandstatter was living the whole process as a college student. After graduation, he stayed in East Lansing and stayed active at MSU. He has a unique perspective on the Spartans explosion as a major player in the Big Ten and national spotlight, and he explains it all on Conversation With…Art Brandstatter 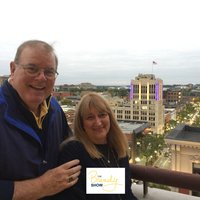 What do you get when you mix high-level politics, higher education, and division 1 big-time athletics?…well, you get Andrea Fischer Newman is what you get. The former University of Michigan Regent who served nearly 25 years on the U of M board has a history that is second to none…from the White House, to the Board Room, to the press box at Michigan Stadium and the Regents room at Crisler Arena, she has a story that is diverse and fascinating. Why do you think she was the only Regent to vote against a tuition hike?,…who does she consider the most underappreciated figure in Michigan Athletics over the last decade?…and is the role of Athletics at big universities overblown?. Find out the answers in Conversation With Andrea Fischer Newman. 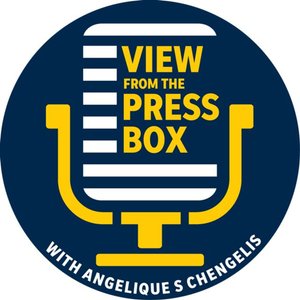 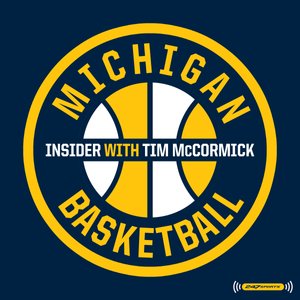 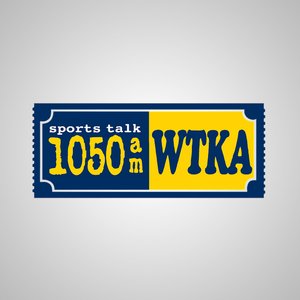 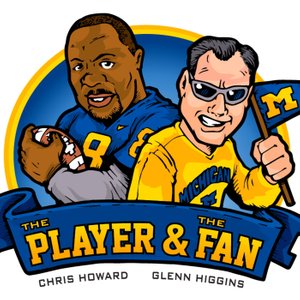 The Player & The Fan 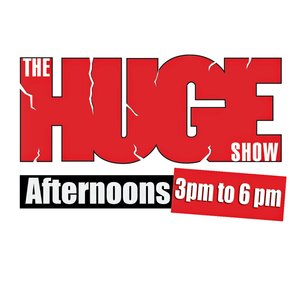 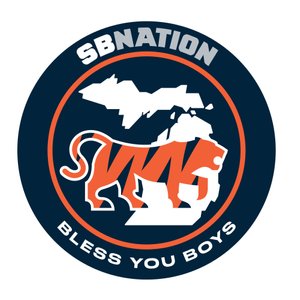 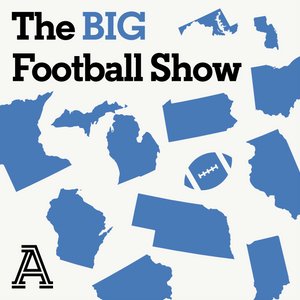 The BIG Football Show: A show about Big Ten football 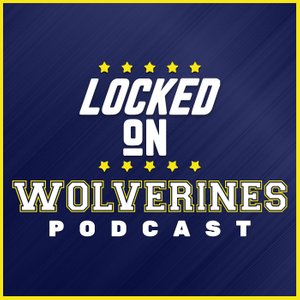 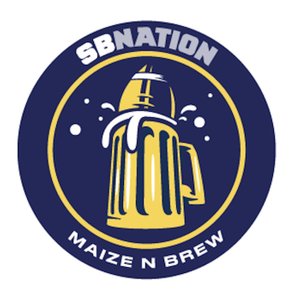 From very humble beginnings in Highland Park, Michigan, Reggie McKenzie battled his way to national prominence as a football player, and then after his career on the national stage, he returned to his home town and worked tirelessly to improve life for the youth of that community.From being the prime mover in convincing OJ Simpson of the Buffalo Bills he could gain 2000 yards rushing in a 14 game season that was unheard of at the time, to getting a lesson in perseverance from his sister, to learning lessons of life from Bo Schembechler at Michigan, Reggie’s story in inspirational, and fascinating. He shares it all on this episode of Conversations with….Picture with Reggie McKenzie, Thom Darden. Michigan won their last national championship in football in 1997. A legendary season for the Wolverines, and through the run to the title there are stories fans love to hear. Who better to get the story from than Jon Jansen, the Captain of that team.Find out what went on in the players only team meeting before the season, when soon to be Heisman winner Charles Woodson changed the teams focus with a single remark. Learn the interesting motivational tactics of head coach Lloyd Carr. In addition, Jon talks about his pro career, and how a tragedy, while he was at the Washington Redskins, changed the team's entire outlook on the season and life. It’s Jon Jansen unfiltered and uncensored in Conversations with…Jon Jansen. For over 40 years, Jon Falk roamed the halls of the Michigan football locker rooms. Whether at Schembechler Hall or previous facilities, Jonny was the Wolverine players best friend and confidante. Over those years, he’s met the legendary names, and handed them their game socks. He’s seen the great victories and the devastating defeats. He’s called Schembechler, Carr, Moeller, Rodriguez, and Hoke, his boss. Jim Harbaugh, Michigans current coach, who Jon gave socks to as a player, is now his boss. As a matter of fact, Harbaugh called Falk out of retirement to work with him and Michigan football. His first-hand knowledge of Michigan football history is unmatched and Jon Falk is a go-to guest for Conversations with…. There is a coach at the University of Michigan that never gets a headline, rarely appears on TV or radio, has no won-loss record. But, CBS’s James Brown once called him the secret weapon of Michigan Athletics. His name is Greg Harden. He is officially a counselor, or life coach, or mentor, or advisor. Take your pick…one thing is for sure, he is just as important a figure in maximizing the performance of athletes as coaches. He has made a difference in the careers of such iconic names at Michigan as Heisman winner Desmond Howard and all-everything quarterback Tom Brady. Find out how Greg Harden works his magic for over 900 athletes in Ann Arbor, on Conversation With…Greg Harden The Brandy Show Conversation With the Ginopolis Brothers

There are pictures of Frank Sinatra, Elizabeth Taylor, Bob Hope, Muhammad Ali, and more sports and entertainment glitterati hanging on the walls. You’d think you were at a famous New York or Los Angeles bistro to the stars…well, you’d be wrong. All of that memorabilia and more are featured at a Restaurant/bar named Ginopolis in Farmington Hills, Michigan at the corner of 12 mile and Middlebelt..This Detroit area iconic sports and entertainment center closed in 2019, but what a history it has seen walk through the doors. Mostly Detroit legends frequented the place during it’s hey day when it was named by Playboy magazine the best singles spot in the city. But, world and national celebs also found their way to Ginopolis. Oh if the walls could talk, huh?? Well, we’ve got better. Owners John and Peter Ginopolis can talk and they join Brandy for a fascinating walk down memory lane in Conversations With….about the Ginopolis history. 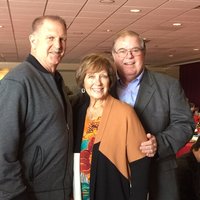 Dan Petry is one of the integral members of the 1984 World Series Champion Detroit Tigers. He and Jack Morris, now in the Hall of Fame, were 1 and 2 on the Tigers pitching staff of Sparky Anderson's world champs. It was a magical season for Petry and the Tigers, and he remembers it like it was yesterday, including the incredible 35-5 start that blew the rest of the American League out of the water by early June of that year.Dan is now part of the Tigers broadcast team on Fox Sports Detroit. Even though he is a California native, he has made Detroit his home and even has a son who is playing in the National Hockey League. Quite simply, Dan Petry is one of the nicest sports superstars in this community. He is a wealth of baseball and Detroit Tigers' knowledge. He has a wonderful historical perspective on the franchise and the great names he played with. Join us for some baseball chat, on Conversation with….Dan Petry Michigan State’s NCAA basketball Title in 1979 put the MSU basketball program on the map. It has never left its stature as a national power since then. One of the real building blocks of that dynamic was Greg Kelser. A Detroit Henry Ford High School grad, he joined MSU two years before Earvin Magic Johnson became a Spartan. Greg was the guiding force as the veteran player on that championship team. He was front and center in the title game against Larry Bird that changed college basketball…and became the first-round pick of the Detroit Pistons and enjoyed an NBA career. He played for Gus, Judd, Dickie V, Lenny Wilkins, and others, and he talks about his incredible career which now includes his duties as the analyst for Pistons TV broadcasts in this Conversation With Greg Kelser. 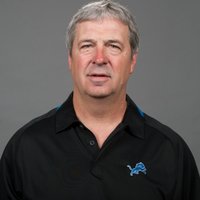 Detroit Lions Coach Don Clemons came to Detroit back in 1955 when Darryl Rogers was named head coach. For the next 27 years, “Clem” stayed on the Lions staff (until 2012), through nine head coaches, numerous frustrations, and great triumphs, in a career he wouldn’t trade for the world. And, he’s still at it…coaching American Football in Europe, and at a division 3 college in Pennsylvania. You’d think after 27 years on the NFL, those jobs would be a step-down. But not for Don Clemons…it’s a game he loves and a profession he can’t get enough of. He’s the perfect guest to discuss all things football, especially the Detroit Lions. Enjoy my Conversation With Don Clemons.