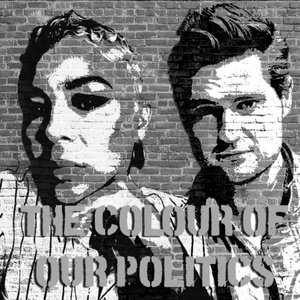 The Colour of Our Politics

The Colour of Our Politics is a new podcast from Javaad Alipoor and Tanya Vital about the history of anti-racism in the UK, what’s going on today and what might happen in the future.Javaad and Tanya aren’t pretending to have all the answers – but they do know some pretty interesting people. Combining this with rigorous discussion, the duo will be joined by special expert guests to illuminate how anti-racism in the UK today has been shaped by a long history of activism and resistance. 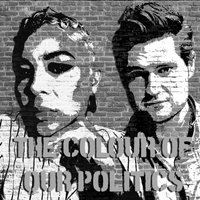 The Colour of Our Politics - Episode 11: Samayya Afzal - Islamaphobia

A paid-up member of Javaad and Tanya’s Bradford Legends’ Club, Samaaya Afzal is an activist, a founding member of the Labour Muslim Network and was formerly a community engagement manager at the Muslim Council of Britain. In this final episode of the first series of The Colour of Our Politics, Samaaya joins Javaad and Tanya to discuss growing up as a Muslim woman in England, the politics of Islamaphobia and the similarities between the racist tropes which Black, Brown, Muslim and other racialised women face. And, the inaugural series of The Colour of Our Politics comes full circle, with Tanya, Javaad and Samaya also looking back on the 20th anniversary on the Bradford uprisings to discuss what has – and hasn’t – changed in their hometown. Samayya’s article on the continued arrogance of white liberal feminism which is referenced in the episode can be read here: https://www.trtworld.com/opinion/on-the-continued-arrogance-of-white-liberal-feminism-44016 Let us know what you think of the podcast and share the episode using the #colourofourpolitics The Colour of Our Politics is supported by Bradford Literature Festival and Theatre in the Mill, Bradford.

The Colour of Our Politics - Episode 10: Dominic Bryan - Police reform in Northern Ireland

Dominic Bryan is a Professor at Queen’s University Belfast. His work focuses on power and public space and he is a specialist in the examination of conflict and civic space in Northern Ireland with reference to parades, flags and historical narratives. “The way you police a society says so much about your society, it’s at the heart of what takes place in a society” In this episode, Professor Bryan shares insights from his long-term engagement with public policy on the Patten Commission and Policing in Northern Ireland, explaining how reform was realised through embedding inclusivity and human rights: “A human rights culture running right the way through society is absolutely vitally important. In a sense it belongs to all of us, so all of us need to educate ourselves, communities need to get to know what their rights are and they need to hold the institutions of the state up to those rights - and those institutions of the state need to be very clear about what human rights are”.

Hassan Mahamdallie is a playwright, writer, senior policy-maker specialising in diversity and the arts, and campaigner for race equality. In the 1990s he was a reporter on The Socialist Worker newspaper, assigned to report on race and racism in British society – from racially motivated crimes, to deaths in police custody, to enforced deportations. “There was a point where it looked as if the Metropolitan Police might actually be disbanded by the Home Secretary …. so this notion of defunding the police as being some kind of airy fairy nonsense dreamed up by the far left actually, to be honest, when it comes to the context of Stephen Lawrence and the Macpherson inquiry it was a very very real threat that the Metropolitan Police faced” In this wide-ranging conversation with The Colour of Our Politics hosts, Javaad Alipoor and Tanya Vital, Hassan shares a personal eyewitness account of the murder of black British teenager, Stephen Lawrence. He explains how the dynamics of institutional racism played out from the very first minutes of the police investigation all the way through to the 1998-9 Macpherson public inquiry; about the unrelenting determination of Stephen’s parents, Doreen and Neville Lawrence, their supporters and legal team to put the police on trial; and the extraordinary yet brief moment – on publication of the Macpherson Report which outlined urgent reforms of the UK police service, and the seismic shift that then followed in public trust in the police – that it looked like the Met was on the brink of being disbanded.

The Colour of Our Politics - Episode 7: Arun Kundnani - American/UK Connection

Arun joins Javaad and Tanya for a second conversation about the differences – and similarities - between the anti-racist movement in the USA and UK. In this wide-ranging discussion, the trio also talk about political Blackness, working-class identities and the complexity and contexts of terms such as intersectionality travelling across the Atlantic. Arun is a London-born now US-based academic and author specialised in racial capitalism, Islamophobia, surveillance, political violence, and radicalism (The Muslims are Coming! Islamophobia, Extremism, and the Domestic War on Terror).

The Colour of Our Politics - Episode 8: Magid Magid

Magid Magid joins Javaad and Tanya to share the story of his political journey - from studying aquatic zoology at the University of Hull to becoming the youngest-ever Lord Mayor of Sheffield and working with the full spectrum of political alliances within the European Union as an MEP for Yorkshire and the Humber. Javaad, Tanya and Magid also touch on the restraints of party politics, the Green New Deal and non-violent direct action. Magid Magid is a Somali-British race and climate justice activist, organiser and author who came to the UK as a refugee aged five. Magid was named one of TIME’s 100 rising stars shaping the future of the world and founded Union of Justice, an organisation dedicated to racial justice and climate justice.

The Colour of Our Politics - Episode 5: Jabez Lam

Jabez Lam came to the UK from Hong Kong as a student, and has worked for the Hackney Chinese Community Services since 1976. In this episode, Jabez discusses how his early view of politics was shaped by his childhood, and how his discovery and exploration of socialism came about as a young adult and new arrival to London. Informed by his experience the trio discuss the history of British Chinese anti-racist organising and the situation in Hong Kong through the lens of émigrés to the UK.

The Colour of Our Politics - Episode 6: Priyamvada Gopal

Priyamvada Gopal is an academic and author (Insurgent Empire: Anticolonial Resistance and British Dissent). In this episode, Priyamvada explains how one-sided and reductive discussions in the public sphere inspired her to write about the legacies of the empire told from the perspective of those who were colonised. From here the trio discuss agency and the long lineage of learning from resistance from the 18th century to the modern day, the Sewell Report, and the messiness of solidarity and allyship.

The Colour of Our Politics - Episode 4: Hassan Mahamdallie

In this episode, Hassan Mahamdallie - a specialist in diversity and equality in the arts - joins Javaad and Tanya to discuss the life of Black working-class Chartist leader William Cuffay. The trio also talk about the history of mixed-race Britons, the legacy of imperialism on the white English working-class, trade unionism and the emergence of the Northern Independence Party. Hassan is an internationally known senior policymaker, workshop leader and trainer and the author of Arts Council England’s The Creative Case for Diversity. With a background in theatre, Hassan is also a published writer, playwright, campaigner for race equality and expert in Muslim culture and thought.

The Colour of Our Politics - Episode 3: Arun Kundnani Part 1

Arun is a London-born now US-based academic and author specialised in racial capitalism, Islamophobia, surveillance, political violence, and radicalism (The Muslims are Coming! Islamophobia, Extremism, and the Domestic War on Terror). In this episode, the trio look at how British politics in the 1990s, from Cool Britannia and Talvin Singh, to the violent persecution of asylum seekers, migrant workers and gypsies, sowed seeds of division that continue today. From the connection between global capitalism and racial segregation, to the deep fragmentation of communities, this episode draws a powerful line between the recent past and the challenges we currently face in trying to reimagine our future.

The Colour of Our Politics - Episode 3: Arun Kundnani Part 2

Arun is a London-born now US-based academic and author specialised in racial capitalism, Islamophobia, surveillance, political violence, and radicalism (The Muslims are Coming! Islamophobia, Extremism, and the Domestic War on Terror). In this episode, the trio look at how British politics in the 1990s, from Cool Britannia and Talvin Singh, to the violent persecution of asylum seekers, migrant workers and gypsies, sowed seeds of division that continue today. From the connection between global capitalism and racial segregation, to the deep fragmentation of communities, this episode draws a powerful line between the recent past and the challenges we currently face in trying to reimagine our future.

© 2020 OwlTail All rights reserved. OwlTail only owns the podcast episode rankings. Copyright of underlying podcast content is owned by the publisher, not OwlTail. Audio is streamed directly from The Colour of Our Politics servers. Downloads goes directly to publisher.