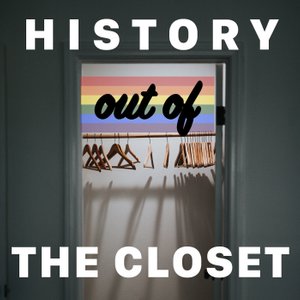 History out of the Closet

LGBTQ History lessons. The stuff you probably weren't taught in schools. Each week a new show on a topic such as Stonewall, Don't Ask, Don't Tell, HIV/AIDs, and more. 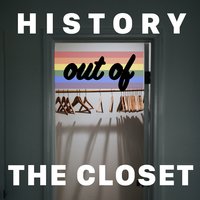 Commonly referred to as Canada's Stonewall. A coordinated violent raid by police on 4 gay bathhouses in Toronto was one of the largest mass arrests in Canadian history. This episode explores what happened, why, and looks at the current relationship between the Toronto Police Service and the LGBT community.

There are a lot of myths going around about Stonewall. This episode gives you all the facts about the event including hearing from people who were actually there that night. We also look at the legacy the Stonewall Riots created. Have a great Pride month!

It's a Wonderful Day in the Gayborhood

Happy Pride 2020! This episode is a lot more fun than the first two. We look at what gay neighbourhoods are, why they exist, and how they were formed. We also consider what the future of gay villages might look like.

This episode covers the leaps and bounds Dr. Magnus Hirschfeld was making in the study of sexuality and gender when the Nazi's came to power. They burned his research, then stole the names and addresses of thousands of Queer people. After the Allied forces liberated the concentration camps, some gay prisoners were sent back to prison to finish their sentences since being gay was still illegal under paragraph 175. This episode features clips taken from the documentary Paragraph 175.

The ban has been lifted. Gays and lesbians have been allowed to openly serve in the US armed forces since 2011. We explore what consequences were for being outed prior to Don't Ask, Don't Tell, and what it was like to serve under the Don't Ask, Don't Tell policy. This episode also looks at what conditions were like in Canada, and when things changed there.

© 2020 OwlTail All rights reserved. OwlTail only owns the podcast episode rankings. Copyright of underlying podcast content is owned by the publisher, not OwlTail. Audio is streamed directly from Doug servers. Downloads goes directly to publisher.