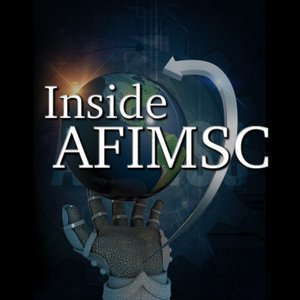 Description: AFIMSC is the single intermediate-levelheadquarters responsible for providing installation and mission supportcapabilities to the Air Force enterprise. With a headquarters, 10detachments and six Primary Subordinate Units, the center's workforcedelivers globally integrated combat support and shapes the foundation ofAmerica's Air, Space and Cyberspace power. "Inside AFIMSC" aims to connectnot only to Air Force but throughout all services to its leaders, expertsand teammates to keep everybody up-to-date with what's happening around thecenter. 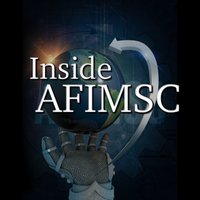 The twelfth episode of "Inside AFIMSC" features host Anthony Bernardelli talking with TSgt Juan Hernandez about the Air Force's Alpha Warrior program and how it helps build ready and resilient Airmen across the service.

This episode of "Inside AFIMSC" features host Veronica Kemeny, AFIMSC Public Affairs, talking with the Tyndall AFB Program Management Office Director, Colonel Brent Hyden. He discusses his role as director of the PMO and the progress of the rebuild to date and future plans for Tyndall AFB, which was devastated by Hurricane Michael October 10, 2018.

This episode of "Inside AFIMSC" features host Armando Perez talking with Robert Jackson, Director of Personnel for AFIMSC, whom discusses the new AFIMSC Strategic Human Capital Plan. He discusses the strategic direction of the plan and what it is designed to do in helping current and future AFIMSC team members grow to better support Installation and Mission Support Airmen.

This episode of "Inside AFIMSC" features host Veronica Kemeny talking with Air Force Civil Engineer Center's newest Chief Master Sergeant Tiffany Griego and her role as Force Development Manager for enlisted Civil Engineers across the Air Force. She also discusses her recent promotion to Chief and how she went from an early career in Security Forces to developing Civil Engineers for AFCEC.

Inside AFIMSC - Episode 5: Col Scott Matthews discusses the role of the Tyndall PMO

This episode of "Inside AFIMSC" features host Veronica Kemeny talking with the Tyndall Air Force Base Program Management Office Director, Colonel Scott Matthews, about the role the PMO is playing in the redevelopment of the base after damage caused by Hurricane Michael in October 2018.

Inside AFIMSC - Episode 4: AFIMSC Commander delivers the keynote speech at the 2019 SAME-IFMA Workshop

"There's two big challenges about being visionary. The first challenge is having the foresight to look out in the future and predict," said Maj. Gen. Brad Spacy, AFIMSC commander. "The hardest challenge... is the second part about being visionary... and that's getting people to listen to you."Maj. Gen. Spacy discussed the future of Air Force Installations in the 21st century at the 2019 SAME-IFMA Workshop in San Antonio, Texas, February 7.