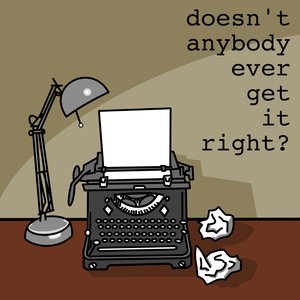 Doesn't Anybody Ever Get It Right?

Two broke theatre artists discuss the history of a play/musical, analyze its successes and failures, and ultimately pontificate how they would do the show better. 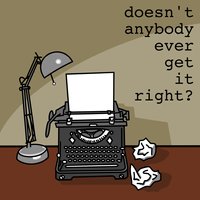 Gimmick or Gold? (Merrily We Roll Along)

Special guest David Morden takes Kayla and Max backward and forward and all over with “Merrily We Roll Along”. Apparently, EVERYONE thinks they can fix “Merrily”, but we did it. For real. Period.PatreonInstagramSources:Review of the Roundabout production by David GordonNew York Times review of the original production by Frank RichThe Best Worst Thing That Ever Could Have Happened

Max and Kayla have a special treat for you. Our first solo episode of the season. This time Kayla invites into the world of Lysistrata Jones. Follow along with us as we bob and weave in a new stream of continuousness format, in our efforts to give this show a shot at finally winning!NYT Review by Ben BrantleyVulture Review by Scott BrownHollywood Reporter by David Rooney

Kayla, Max, and special guest Emma Mckeen get their hands dirty as they give "Hands on a Hardbody" a tune-up and prepare her for success.PatreonInstagramSources: New York Times Review by Charles Isherwood“At the Corner of Broadway and Phish” by Eric GrodeVulture Review by Jesse GreenWashington Post Review by Nelson PressleyHollywood Reporter Review by David RooneyHands on a Hard Body: The Documentary by S.R Bindler

Kayla, Max, and special guest Jessica Barkl go deep into the jungle to explore Disney Theatrical’s biggest domestic failure, “Tarzan”. Jessica directed Max in a production of this delightful mess, so get ready for a great mix of reminiscing and looking towards a brighter future for Tarzan. PatreonInstagramSources: Behind The Ears: The History of Disney’s TARZAN on BroadwaySideways’ The Problem with TarzanOBC Album Review by William RuhlmannOBC Album Review by Maik Frömmrich (and another one!)“Flops on Broadway? Fix Them Overseas.” by Patrick Healy

Not Since Carrie (Carrie)

Kayla and Max dive into the most infamous flop in Broadway history: Carrie the Musical. Joined by guest Lando Ruiz, they talk bootleg second lives, manic pixie dream boy songs, and women written by men.Trigger Warnings: Bullying, Child Abuse, School ShootingsPatreonInstagramSources:Out for Blood: The Story of Carrie the Musical The Insane History of Carrie the Musical Carrie Broadway 1988 Press Reel‘Carrie,’ A New Musical, Opens on Broadway by Michael Kuchwara (May 13, 1988)Kayla could not for the life of her find the January LaVoy podcast she mentioned, but here is a New York Times article she was featured in: https://www.nytimes.com/2020/06/03/books/audiobook-narrators-diversity.html 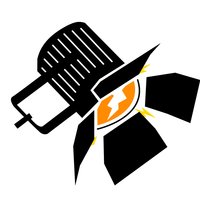 Listen to the trailer for "Doesn't Anybody Ever Get It Right"