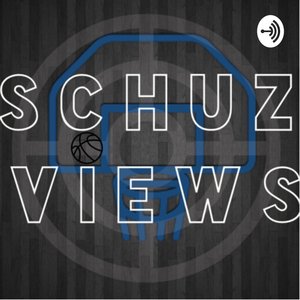 SchuZ Views is where many of the top high school players, coaches, directors, college stars and NBA players come on to talk about current events in their life, upcoming decisions, family life, faith and everything in between with Zach “SchuZ” Schumaker. Support this podcast: https://anchor.fm/SchuZViews/support 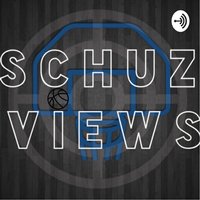 Three of the five guys in Kansas States number fourteen ranked recruiting class join Zach "SchuZ" Schumaker to hit up topics that you're not going to want to miss. The newest commit in Seryee Lewis kicks off the episode where he hits up why he decided to commit to Kansas State, what it was like taking an online visit due to the Corona Virus, his senior season at AZ Compass, playing for Mac Irvin in the EYBL last year, Chicago basketball, faith, family and so much more. Following Seryee you get to hear from the second commit in the top fifteen ranked class in Selton Miguel who talks about his recruiting process, his role in landing Seryee, the rest of the recruiting class, how he grew into a leader this past season while at West Oaks, the pride he has in representing Angola, his biggest role model, faith and a lot more. To wrap up this episode you get to hear from the guy that began this class in Nijel Pack. Nijel discusses his relationship with Coach Weber, what it's like being the first guy to commit, other potential commit Donovan Williams, why being undersized doesn't matter, his high school career at Lawrence Central, his relationship with longtime teammate Dre Davis, blowing up on the EYBL while playing with Indy Heat last year, Indiana basketball, bond with his dad, faith and so much more. This is a can't miss episode, especially if you're a Kansas State fan. Stay up to date on upcoming episodes, new series and Zach's show The Break Down on YouTube and Big Time on IGTV by following Zach Schumaker on Instagram(https://bit.ly/2R4Pw4a) and Twitter at Zach Schumaker (https://bit.ly/2SpNQDf). Also make sure to go and check out SchuZ Views and The Break Down on my YouTube channel "SchuZ" (https://bit.ly/2SCMILa).   The Players Circle: https://apps.apple.com/us/app/the-players-circle/id1362408782  Shoutout to recruitsnews on Instagram (https://bit.ly/39SMlTI)--- Send in a voice message: https://anchor.fm/SchuZViews/messageSupport this podcast: https://anchor.fm/SchuZViews/support