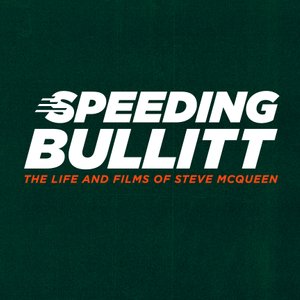 Speeding Bullitt: The Life and Films of Steve McQueen

Speeding Bullit: The Life and Films of Steve McQueen is a podcast that takes an in-depth look at the life and films of Hollywood icon Steve McQueen. The podcast was created and is written, produced, and hosted by Kelsy Norman. Episodes include conversations with writers, actors, and directors, as well as detailed reviews of the actor’s movies and TV appearances. 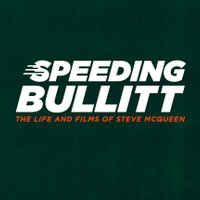 Film producer Arthur Friedman joins me to discuss his time working for United Artists in the 1960s, including his involvement with the world premiere of The Thomas Crown Affair in Boston, Massachusetts in 1968. Our conversation also includes anecdotes from Arthur’s experience in film distribution, insights into his friendship with Bobby Darin, and he explains how he got involved with the Coen brothers.

1968’s The Thomas Crown Affair was the only film Steve McQueen had to fight to be in after becoming a star. Steve McQueen expert Marshall Terrill joins me to discuss why Steve badly wanted to play Thomas Crown, and how it impacted his life and career. Megan Sanders and Simon Tennant join me in the second half of the show to discuss the Sanders chukka boot, a model made popular by Steve McQueen. 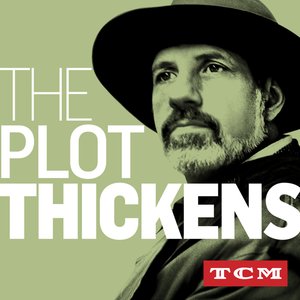 Episode 36 - McQueen and the FBI

Writer and Steve McQueen expert Marshall Terrill unpacks the contents of Steve McQueen's FBI file, as well as addresses rumours about Steve, including hearsay about his sexuality.

Episode 6 - From the Same Alumni REVISITED

This episode contains a new introduction with Steve McQueen expert Marshall Terrill. Frank Hill met Steve McQueen in 1963 as a youth attending Boys Republic in Chino, California. Over the next 17 years, Frank developed a close relationship with McQueen, spending a significant amount of time with the Hollywood icon. During our 60-minute conversation, Frank shares many never-before-heard stories about "The King of Cool," including tales of speeding cars (and bikes), fist fights, and run-ins with police.  This episode was originally released on January 9, 2020.

Episode 35 - Standing in for McQueen

In 1965, scored a job as Steve McQueen’s stand-in and photo double for The Sand Pebbles. The two developed a friendship, which led to Norris working with McQueen again for 1972’s The Getaway. John joins me to share stories about , and to talk about his friend, Steve McQueen.

Writer J.R. Jordan discusses his book, , as well as the life and career of the director. The second half of the show features a conversation with , one of McQueen’s buddies from his days in Greenwich Village.

Writer and Steve McQueen expert Marshall Terrill and I explore Steve McQueen’s time filming the The Sand Pebbles, an American war epic directed by Robert Wise. The second part of the show looks at the curious life of the woman who played Maily, Marayat Andriane.

In 1965, Steve McQueen and John Sturges set out to make the first authentic grand prix racing film, . The movie was shelved before being completed, leaving McQueen fans with plenty of questions about the project. Filmmaker Alex Rodger’s new documentary helps answer many of those questions, he joins me on Episode 31 to talk about his film.

Veering from Speeding Bullitt’s chronological exploration of McQueen’s life and films, Episode 30 puts the Bullitt Mustang in reverse, and takes a deeper look at 1958’s Never Love a Stranger and Steve’s time spent at the Neighborhood Playhouse School of the Theatre in New York City. John Blyth Barrymore discusses his father’s turbulent life and acting career, followed by Pamela Kareman, Executive Director of the Neighborhood Playhouse School of the Theatre, talking about the school’s rich history.

© 2020 OwlTail All rights reserved. OwlTail only owns the podcast episode rankings. Copyright of underlying podcast content is owned by the publisher, not OwlTail. Audio is streamed directly from Kelsy Norman servers. Downloads goes directly to publisher.