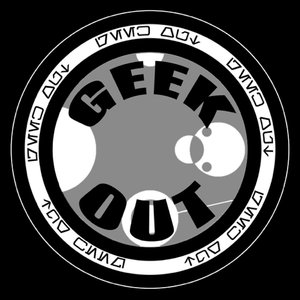 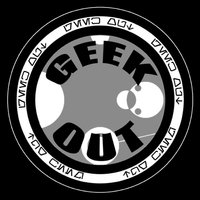 In a special episode, Brenden Fletcher returns on the show to talk about the first volume of his fantasy series Isola. Brenden talks the book's origins and influences, what to expect next, and the what draws him to create strong female protagonists across all of his work. And because it's October and because it's Brenden Fletcher, him and Sam talk a lot about Dracula and his timeless appeal. Isola, Vol. 1 is out now!

John Layman returns on the show for his three-peat appearance to talk about his upcoming book Outer Darkness with Afu Chan. In addition to the new sci-fi series, John also talks about his current Image Comics series Leviathan with Nick Pitarra and all its demonic, kaiju action! Also, the gang talks about the Punisher...again! The first two issues of Leviathan are out everywhere now! Outer Darkness is out in comic shops everywhere and on Comixology on Wednesday, November 7!

Catching Up: Back to the Basics

This week the boys are back to the classic power trio living up to the longrunning series title of just...catching up! Listen to what Sam, Chris, and Jake have been up to from going to the movies, hanging out at the beach, and playing video games of varying quality!

Catching Up: Jeremy Holt Covers Skip to the End

This week, the gang talks to writer Jeremy Holt about his new book Skip to the End. Jeremy shares his love of the band Nirvana which inspired the book, the difference between writing novels and prose, and everyone shares their first and most questionable concert experiences. Also, the gang compares notes on Deadpool 2. Skip to the End is out on Tuesday, June 12.

Geek Out Book Club: Skip to the End

The boys have an advance review of Skip to the End by Jeremy Holt and Alex Diotto. A time-bending tale of overcoming loss while also a love letter to Nirvana and the 90s grunge scene, one former rock star discovers he can revisit glory days gone by with the help of a mysterious guitar. Listen to what Sam and Jake think of the collected miniseries! Skip to the End is out on Tuesday, June 12!

Zack Kaplan returns on the show to talk about all of his current projects from continuing the story of Port of Earth and Eclipse with Image Comics/Top Cow to launching his brand new series Lost City Explorers with Aftershock Comics. Zack teases what's to come from all three titles and declares this writing stage his underground period given the settings of each book. Port of Earth returns Wednesday, May 9! Lost City Explorers debuts this June! Eclipse is slated to return this summer!

The boys have an advance review of Paradiso by Ram V and Dev Pramanik this week! A post-apocalyptic story that follows scavengers coming to an old metropolis for a new start in a harsh world, the characters discover that the city may just be a character itself. Listen to what Sam and Jake think of the first issue! Paradiso debuts in comic shops everywhere and on Comixology on Wednesday, December 6!

Jake and Sam are joined by their fellow Geek Out co-host Chris to talk about his evolving appreciation of the Man of Steel since childhood as a comics fan, the comic storylines that made him a fan of the character, and how he views each of the classic Superman flicks!

Michael Moreci comes back on the show in a special episode to talk about his debut novel Black Star Renegades! A scrappy, science fiction tale in the tradition of Star Wars, the story follows a young man in a rebellion against an evil empire that inherits a weapon that could change the course of the entire war for better or worse. Michael talks about the book, writing prose vs. comic scripts, and the appeal of sci fi! Black Star Renegades is out in bookstores everywhere on January 2!

This week, the boys talk to Miles Gunter about his new Image Comics series Dark Fang! A superhero book with horror undertones, the series follows a vampire that comes to the surface world to wreck vengeance when her underwater sanctuary is destroyed by the fossil fuel industry. The gang talks to Miles about the book as well as his thoughts on horror movies in keeping with the season. Dark Fang debuts on Wednesday, November 15 in comic shops and on Comixology!

© 2020 OwlTail All rights reserved. OwlTail only owns the podcast episode rankings. Copyright of underlying podcast content is owned by the publisher, not OwlTail. Audio is streamed directly from The Geek Out Podcasting Network servers. Downloads goes directly to publisher.