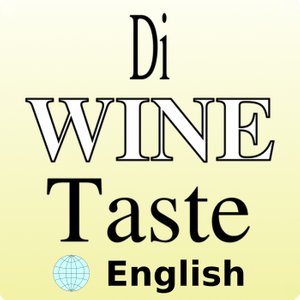 The magnificent white wine of Querciabella - Batàr 2014 - conquers for the second time the title of best wine of the month, in this case June 2017. A masterpiece of wine making produced with Chardonnay and Pinot Blanc in equal parts, majestically made in a perfect symphony of aromas and elegance.

Elegance, class, cleanness and expression of a magnificent wine making quality. Brunello di Montalcino Riserva PS 2012 of Siro Pacenti - one of the most representative and significant wineries of this famous wine area in Tuscany - conquers DiWineTaste Five Diamonds and the title of the best wine of November 2018. A Brunello di Montalcino of endless magnificence, supported by a high quality production of absolute value and impeccable excellence.

Elena Fucci's winery celebrates twenty years of activity with a special and magnificent wine - available in limited quantity - capable of pushing her renowned Titolo up to a new and extraordinary top. A masterpiece Aglianico del Vulture aged in large cask conquering DiWineTaste diamonds and the title of best wine for Summer 2019.

Flagship wine of Tenute Silvio Nardi at Casale del Bosco, the renowned Brunello di Montalcino Vigneto Manachiara 2012 conquers for the second time the title of best wine of the month, also confirming the excellence of DiWineTaste five diamonds. A Brunello of spectacular class and elegance, expresses the magnificence of Sangiovese as well as power and personality, with strong however smooth tannins, for an impeccable balance and finesse in every sensorial aspect.

Apollonio is an interesting winery in Salento having more than a century of history and committed to the cultivation of grapes and wine production. A broad and significant range of this territory, made of white, rosé and red wines all of them being both interesting and valuable. Copertino Rosso Riserva Divoto 2010, made with Negroamaro and Montepulciano, conquers the title of best wine of May 2019 and DiWineTaste four diamonds and one star.

Ricci Curbastro is one of the most celebrated wineries of Franciacorta and famous for its Satèn, a wine marking a reference for this style in its territory. Among the excellence made by the winery of Capriolo - in province of Brescia - a special mention goes to Franciacorta Dosaggio Zero Gualberto that, as for vintage 2009, confirms and conquers again DiWineTaste five diamonds and the title of best wine of the month.

The magnificent Montepulciano d'Abruzzo Riserva Bellovedere 2015 conquers DiWineTaste five diamonds and the title of the best wine for March 2019. A great wine expressing the magnificience of a favorable and promising vintage, the confirmation of the huge potentials of Montepulciano in the land of Abruzzo. Rich, powerful, elegant and impeccable, Bellovedere is an extraordinary wine capable of giving emotions to the senses.

A Verdicchio of remarkable class and elegance, umpteenth confirmation of the extraordinary potentials of this variety in the Castelli di Jesi territory, Montecappone's Utopia Reserve 2015 express a magnificent excellent in every sensorial aspect. A great Verdicchio - entirely vinified in stainless steel - a superb expression of the renowned appellation of Marche, conquers DiWineTaste five diamonds and the title the best wine of February 2019.

Avvoltore 2015 - flagship wine of Moris Farms - conquers the title of the best wine for January 2019 as well as confirming DiWineTaste five diamonds. A great wine, fruite of the blending of Sangiovese, Cabernet Sauvignon and Syrah, expresses great elegance and class since ever, as well as a silky agreeableness of tannins smoothed by time and the vibrant acidity of Sangiovese, well supported by the power of Cabernet Sauvignon and the spicy touch of Syrah.

Montefalco Sagrantino Valdimaggio is the last born wine at Arnaldo Caprai winery exclusively made with the famous Umbrian red grapes. Released for the first time with vintage 2012, Valdimaggio has promptly conquered DiWineTaste Five Diamonds, confirmed in this 2014 vintage. A Sagrantino having great class and remarkable agreeableness, powerful and elegant, charming and fascinating, it conquers the title for the best wine of summer 2018.

Among one of the most successful wineries of Montefalco - famous city of Umbria, Italy - Tabarrini is a well known producer for the quality of its wines and, in particular, its Montefalco Sagrantino wines, produced in three distinct crus as well as in the traditional sweet style. Montefalco Sagrantino Colle alle Macchie 2013, besides conquering, once again, DiWineTaste five diamonds, it is the wine of the month for May 2018.

Giovanni Manzone winery, established in 1925, undeniably is among the most interesting and prestigious expressions of Monforte d'Alba, a territory known for the full bodied and powerful Barolo wines. The magnificent Barolo Riserva Gramolere 2011 conquers once again DiWineTaste five diamonds and for the second time the title of best wine of the month. A great wine, a magnificent Barolo, spectacular interpretations of Nebbiolo in the land of Monforte d'Alba.

Caldaro Winery - Kellerei Kaltern - main protagonist of the wines from the are in which is found the lake with the same name, conquers DiWineTaste five diamonds and the title of best wine of November 2017 with the excellent Alto Adige Moscato Giallo Passito Serenade 2013. A very refined wine and of noble elegance, expresses an extraordinary finesse with a very rich bouquet of tropical fruits. A superlative sweet wine made of dried grapes of Gold Muscat (Yellow Muscat), impeccable in every sensorial and organoleptic aspect.

Ballabio winery of Casteggio, in province of Pavia, is committed, since 1905, to the production of sparkling wines, one of the most old wineries of Italy committed to the production of this wine style. With its Farfalla Zero Dosage - a classic method of refined elegance and class - conquers DiWineTaste five diamonds as well as the title of the best wine for September 2017. The creators of this spectacular bubble the Nevelli family - owners of Ballabio winery - and Carlo Casavecchia, the well known and talented piedmontese wine maker who, after having contributed to the relaunch of Marsala wine in Sicily, is now confirming, with this wine, his expertise and knowledge by giving us a classic method sparkling wine "zero dosage" of rare elegance.

Montefalco Sagrantino Spinning Beauty 2006 - a monumental wine aged for eight years in barrique - conquers the crown of best wine of February 2017 and DiWineTaste five diamonds. A superlative wine, fruit of the experimentation and far-sightedness of Arnaldo Caprai winery, led by Marco Caprai, taking Sagrantino, once again, to the top of worldwide Olympus of wine making.

Cantine del Notaio with its Aglianico del Vulture Il Sigillo 2010 conquers DiWineTaste five diamonds and the title of best wine for November 2016. A magnificent interpretation of Aglianico from overripe and dries grapes for a result of remarkable power and elegance, the renewed proof of the excellence produced in this winery of Rionero in Vulture.

The fact Campania is a land of great white wines - not to mention red wines - it is a well known thing. Taburno certainly is one of the most interesting territories of this region and here, at Torrecuso in province of Benevento, is located the historical Fontanavecchia winery, mainly committed to Aglianico and Falanghina. One of the great wines made by Rillo family - Taburno Falanghina Facetus 2008 - conquers DiWineTaste five diamons and our sun, as well as the title of best wine of April 2016. An endless Falanghina, rich in emotions and extraordinary class.

A great wine and a beautiful grape, among the primary viticultural and wine making expressions of Italy, conquer the title of the best wine for this month. Montefalco Sagrantino Collepiano 2010 by Arnaldo Caprai provides a magnificent performance with this vintage, by giving an impeccable balance as well as a stunning interpretation worth of Five Diamonds.