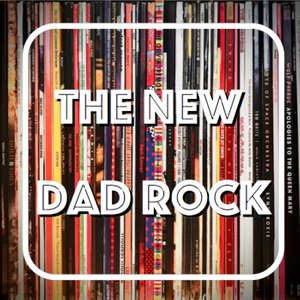 They were college radio DJs during the 90s. They helped expose bands like Nirvana, Pavement and PJ Harvey to the masses. They went to shows, interviewed musicians and reviewed albums. They worked security at concerts and once, even did load-in for a Phish show. Now they’re dads. Whether you want to explore lesser-known music or take a trip down memory lane tune in to The New Dad Rock. Hosts, Steve and Keith, share their love of music across eras and genres while helping you, the listener, to find new songs to rock out to. From deeper cuts by familiar artists to cult musicians who never earned their due and everything in between, The New Dad Rock will expand your mind. 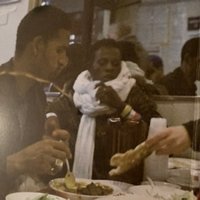 The Dads check out some new releases from FACS, Mdou Moctar and reminisce about the white savior narrative running through 1980s pop.On this episode of TNDR:The FACS livestream highlights the Chicago art rockers' latest album, Present TenseModest Mouse has a new album coming out this month, their first in over six yearsMeet West African guitar god, Mdou Moctar and his connection to PrinceCringe along with some very popular songs from the 1980s by Paul Simon and Peter Gabriel Hassan HakmounA shout-out to the last Toureg hope, TinariwenTake a trip down (someone else's) memory land with The Funkees and Ngozi Family, who were part of the This is Zamrock! compilationA random detour to Berkeley's Greek Theatre?...and Carrot RopeSupport the show (https://teespring.com/stores/the-new-dad-rock) 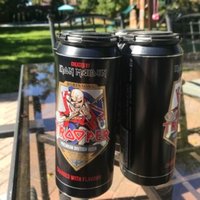 Iron Maiden is gonna get you, no matter how far.Some bands are with you for life. For Steve, that is Iron Maiden. Somehow in all their years of friendship, Keith has never gotten the full story of this British metal band. That is until now.Join the Dads, for a deep dive into the who, what when, why, where and how of Iron Maiden. There are even multiple references to Kool Keith / Dr. Octagon, Modest Mouse and Depeche Mode, along the way.And if you want to check out some lesser-known gems, here is a playlist of deep cuts from each album:Remember Tomorrow from Iron MaidenPurgatory from KillersGangland from The Number of the BeastStill Life from Piece of MindFlash of the Blade from PowerslaveDeja Vu from Somewhere in TimeInfinite Dreams from Seventh Son of a Seventh SonRun Silent, Run Deep from No Prayer for the DyingBe Quick of Be Dead from Fear of the DarkThe Sign of the Cross from The X FactorWhen Two Worlds Collide from Virtual XIGhost of the Navigator from Brave New WorldFace in the Sand from Dance of DeathLord of Light from A Matter of Life and DeathMother of Mercy from The Final FrontierWhen the River Runs Deep from Book of Souls Support the show (https://teespring.com/stores/the-new-dad-rock) 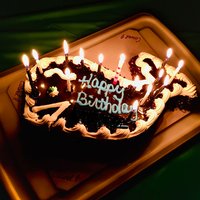 Can you believe it? The New Dad Rock has been going strong for one full year. Come celebrate with Keith and Steve as they reminisce on the past year and look ahead to the future of The New Dad Rock.Enjoy these songs by artists we have highlighted throughout the year:13th Floor ElevatorsPavementBlind MelonModest MouseOne Direction JuiceWRLDCocoRosiePJ HarveyOrville PeckCamper Van BeethovenWeenPhishKing Gizzard and the Lizard WizardTropical Fuck StormOverkillOranssi Pazuzu RAKTASupport the show (https://teespring.com/stores/the-new-dad-rock) 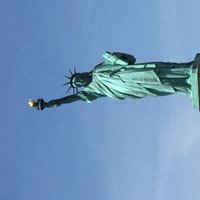 The title says it all. In this episode The Dads countdown the top ten albums by Metallica, Anthrax, Megadeth and Slayer.10. ...and Justice For All9. Kill 'em All8. Peace Sells...but Who's Buying7. South of Heaven6. Among the Living5. Seasons in the Abyss4. Rust in Peace3. Ride the Lightning2. Reign in Blood1. Master of PuppetsSupport the show (https://teespring.com/stores/the-new-dad-rock) 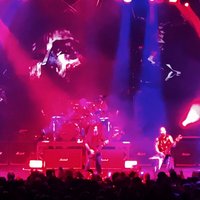 Do you remember live albums? What were they: cash grabs, greatest hits packages, contract fulfillers or maybe a little of each. Any way you slide it, live albums are a staple in Dad Rock.  From the classic live albums of the 70s and 80s to bootlegs and live concert recordings, and file sharing on Napster &amp; YouTube to livestreams now, what does it all mean? Are live albums dead?The list of live albums goes on and on and on. Here are a few:Johnny Cash Live at San QuentinThe Who Live at LeedsFrampton Comes AliveUFO's Strangers in the NightDeep Purple's Made in JapanMaiden JapanKiss Alive!Rush's All the World's a StageScorpion's World Wide LiveU2 Under a Blood Red SkyDepeche Mode 101Nirvana Live on MTV UnpluggedJeff Magnum Live at Jittery Joe'sDaft Punk Alive 2007Support the show (https://teespring.com/stores/the-new-dad-rock) 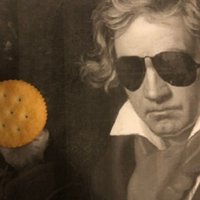 Dave Lowery is the mastermind behind two legendary indie rock bands, Camper Van Beethoven and Cracker.Join the Dads as they delve into these two bands, check in on Dave's current gig as a professor at University of Georgia and solve the digital streaming royalties conundrum, among other subjects.A few Camper Van Beethoven songs you may dig on:Take the Skinheads BowlingOne of These DaysWhen I Win the LotteryGood Guys and Bad GuysAll Her Favorite FruitA bite of Cracker:Teen AngstLowSidi IfniGet Off ThisSupport the show (https://teespring.com/stores/the-new-dad-rock) 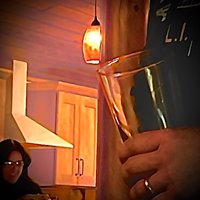 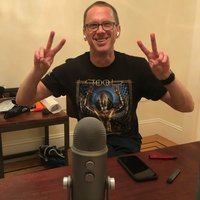 On paper, Tool would seem like the perfect band for The New Dad Rock. And perhaps they are. It's just that Steve and Keith never really got into them beyond Sober or after 1993. To remedy this, Keith invited his friend Eric in for a discussion on all things Tool. Included are steps on how to get into Tool and a first-hand testimonial on their brilliance. Also, one of their most popular songs is called Stink Fist.If you are interested in delving deeper, here are some entry-level songs that may just set you down this parabolic path to Tool super fandom.InvincibleThe PotForty Six &amp; 2LateralusPneumaFear Innoculum7empestPrison SexSupport the show (https://teespring.com/stores/the-new-dad-rock) 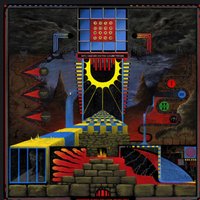 A wise man said, a little less talk a little more action. Not wanting to upset Elvis, the Dads spend most of this episode listening to Polygondwanaland, the 12th studio album from Australian psych-rockers King Gizzard and the Lizard Wizard. (For a further dive into KG&amp;LW, please check out EP 31.)Support the show (https://teespring.com/stores/the-new-dad-rock) 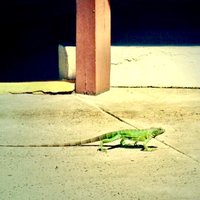 EP 31. All Hail King Gizzard and the Lizard Wizard

The episode title says it all! It is finally time to delve into the miasma of King Gizzard and the Lizard Wizard an Australian rock band known for rollicking live shows and their prolific output.Join our intrepid hosts as they navigate the open water of a band that should fit well within the warm confines of New Dad Rock. Jangling guitars, metronomic drumming, psychedelic outbursts, terrible canyons of metal, scientific exploration and a time of redness in the west are just a few of the bizarre motifs that are unraveled here on this unrivaled podcast.The links below barely scratch the surface of the many facets of this beguiling band:from KG:KGLW / Straws in the Wind / Oddlifefrom Infest the Rats' Nest:Planet Bfrom Nonagon Infinity:Robot Stop / People-Vultures / Road Trainfrom Flying Microtonal Banana:Melting / Sleep Drifter from Murder of the Universe:Altered Beastfrom Sketches of Brunswick EastThe Book / A Journey to (S)hell / Rolling Stonedfrom Fishing for Fishies:Cyboogiefrom I'm in Your Mind Fuzz:I'm in Your Mind / I'm Not in Your MindSupport the show (https://teespring.com/stores/the-new-dad-rock)