Deep In The Plus - Disney+ Reviews

Deep in the Plus is a brand new show and podcast devoted to going deeper into the world of Disney+. Deep in the Plus – Aladdin: The Return of Jafar

We are back, and taking you deep into the offerings on the Disney+ streaming service. This week, we’re talking about the Disney animated sequel that started them all, The Return of Jafar.In many ways, this was a milestone movie. Return of Jafar was the first movie created by Disney MovieToons animation studio and Walt Disney Television Animation, who went on to produce numerous sequels, prequels, and mid-quels to be distributed by Walt Disney Home Video. This one was the first "direct to video" Disney animated sequel.For this story, most of the original cast returns: Scott Weinger (Aladdin), Linda Larkin (Princess Jasmine) and Jonathan Freeman (Jafar). This tale picks up where the 1992 Aladdin film left off, as Aladdin and Jasmine are adjusting to life in the palace. Meanwhile, Jafar has been imprisoned in a magic lamp, but an inept thief, Abis Mal (Jason Alexander), is about to change that. Luckily for Aladdin and friends, Jafar's parrot, Iago (Gilbert Gottfried), has switched to their side. Consider this Iago's redemption story.This movie also serves as the kick off to the Aladdin TV series that ran for 3 seasons, although that series is not currently available on Disney+.Another big note is that this movie and the series took place without the talented Robin Williams. Instead, famed voice actor Dan Castellaneta, the voice of Homer Simpson, plays the beloved Genie. And, while he does a good job, he's just not Robin. Learn more when you watch this episode of Deep in the Plus!Plus, get bonus recommendations as we present our "Deep Pick of the Week." This is where we offer suggestions on even more gems from the Disney+ vault. Don't miss it!You can also go back and check out our previous episodes reviewing the back catalog of Disney content on the Disney+ streaming network: Newsies The Hunchback of Notre Dame TRON: Legacy Bedknobs and Broomsticks The Muppets Christmas CarolGet notified of new Deep in the Plus episodes each week by subscribing at YouTube.com/WDWNT. You can also follow Deep in the Plus on Instagram, Twitter and Facebook to share your thoughts on each week's picks.https://youtu.be/ZyvRpuY1kwg

Deep in the Plus – The Muppet Christmas Carol

The holiday season is upon us, and Charles Dickens' A Christmas Carol is one of the most treasured stories of this time of year. This week, Rob and Jill look at one that involves puppets. That's right, we're going deep into 1992's The Muppet Christmas Carol.The film stars a human - namely Michael Caine - as Ebeneezer Scrooge. Caine is brilliant in the role, all the more so because he is escorted through Scrooge's redemption by a cadre of Muppets. Kermit the Frog is Bob Cratchit; Fozzie the Bear plays Fozziwig. Gonzo the Great takes the role of Dickens himself and narrates the story, accompanied by Rizzo the Rat as comic relief. Waldorf and Statler split the Marley role into two brothers, and you'll find many other beloved muppets popping up throughout the film as well. The ghosts of Christmas Past, Present, and Yet to Come, however, are Muppets created just for these roles.This movie had high expectations to meet - it was the first Muppets film made after the death of Jim Henson. It also features a compelling soundtrack with songs penned by Paul Williams, who co-wrote the famous "Rainbow Connection."There are many versions of this story, including some others you can find on Disney+, such as the beloved Mickey's Christmas Carol. So is The Muppet Christmas Carol worth your Christmas-time? Watch this week's episode to find out!Plus, get bonus recommendations as Rob and Jill present their "Deep Pick of the Week." Hint: If you're a Boy Meets World fan, you'll want to catch Rob's pick this week.You can also go back and check out our previous episodes reviewing the back catalog of Disney content on the Disney+ streaming network: Newsies The Hunchback of Notre Dame TRON: Legacy Bedknobs and BroomsticksGet notified of new Deep in the Plus episodes each week by subscribing at YouTube.com/WDWNT. You can also follow Deep in the Plus on Instagram, Twitter and Facebook to share your thoughts on each week's picks.https://youtu.be/F_Iyb6MZOoE 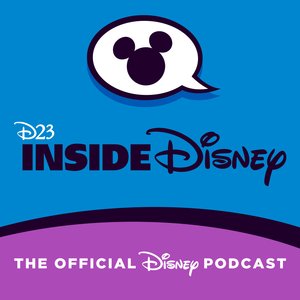 Deep in the Plus – Bedknobs and Broomsticks

Let's go back to 1940 by way of 1971 as we talk Bedknobs and Broomsticks, a Disney live-action/animated feature set in England during World War II. This week on Deep in the Plus, Rob and Jill discuss this often-overlooked Disney classic that lives in the shadow of Mary Poppins. Walt actually had a hand in the making of this film, even though it came out several years after his death. Ward Kimball, one of Disney's Nine Old Men, directed the animated sequences. The Sherman Brothers lent their talents with captivating melodies like "Portobello Road" and "Substitutiary Locomotion."The film features aspiring witch Elgantine Price (Angela Lansbury) who wants to use her supernatural talents to end the war. Set during the Blitz, in which the Germans relentlessly bombed London, Price is asked to take in three children displaced by the bombings. They learn she's a witch and accompany her on her quest to find the final spell that she believes will turn the tide of war. With the help of the instructor of her witchcraft correspondence course, Dr. Emelius Brown (David Tomlinson), Miss Price finally gets her wish.Bedknobs and Broomsticks is a little bit Harry Potter and a little bit Mary Poppins. But is it worth your time to watch?Plus, get bonus recommendations as Rob and Jill present their "Deep Pick of the Week." Hint: Jill's pick is a great watch considering Walt's birthday is December 5th. Also, Jill talks about Aristotle...You can also go back and check out our previous episodes reviewing the back catalog of Disney content on the Disney+ streaming network: Newsies The Hunchback of Notre Dame TRON: LegacyGet notified of new Deep in the Plus episodes each week by subscribing at YouTube.com/WDWNT. You can also follow Deep in the Plus on Instagram, Twitter and Facebook to share your thoughts on each week's picks.https://youtu.be/T77xvNbxlww

Deep in the Plus – TRON: Legacy

Join Rob and Jill this week as Deep in the Plus dives into the 2010 sci-fi adventure TRON: Legacy. It's a sequel (or arguably a reboot) of the 1982 cult-classic TRON. Neither movie overwhelmed at the box office, but the TRON franchise remains popular among Disney and sci-fi fans to this day. Disney even built a ride based on the IP in Shanghai Disneyland. The attraction was such a success that a version of the ride is currently under construction in the Magic Kingdom, set to open in 2021.The film takes place 28 years after the original, in which hero Kevin Flynn journeys into a virtual world. Legacy centers around Flynn's son Sam, who goes in search of his father; Kevin went missing 8 years after the events of the first film. The movie is visually stunning and tells the next chapter of the TRON story. For fans of the franchise, it offers many callbacks to the original, and serves up plenty of the iconic identity disks and light cycles. But is it worth watching with so many choices on Disney+? Rob and Jill don't see eye to eye on this one. Is TRON: Legacy a must-watch for Disney fans, or is the IP better than the films on which it's based?Plus, get bonus recommendations as Rob and Jill present their "Deep Pick of the Week." Hint: If you like this week's movie pick, it's a good bet you'll like Rob's pick too.You can also go back and check out our previous episodes reviewing the back catalog of Disney content on the Disney+ streaming network: Newsies The Hunchback of Notre DameGet notified of new Deep in the Plus episodes each week by subscribing at YouTube.com/WDWNT. You can also follow Deep in the Plus on Instagram, Twitter and Facebook to share your thoughts on each week's picks.https://www.youtube.com/embed/KdwkfD6jTW4

Deep in the Plus – Hunchback of Notre Dame

This week, Deep in the Plus resurfaces with a look at one of Disney's less memorable animated films from the 1990s, The Hunchback of Notre Dame. Released in the summer of 1996 in the wake of some of the most popular Disney films of all time - The Little Mermaid, Beauty and the Beast, Aladdin and The Lion King - Hunchback has faded from memory despite its box-office success.In the film, set in the late 15th century, Quasimodo (voiced by Tom Hulce) lives a sheltered life as the bell-ringer of Notre Dame Cathedral in Paris. However, he longs to be "out there" amid the people rather than locked away in his bell tower. Meanwhile his master, Frollo (Tony Jay), is on a mission to purge the city of gypsies, including the lovely young Esmeralda (Demi Moore). Quasimodo helps to rescue her from Frollo, and in doing so sees Frollo's villainy as well as the possibility of being accepted by others.While far less dark than the Victor Hugo novel on which it is based, The Hunchback of Notre Dame is still widely considered Disney's darkest animated film. Rob and Jill take a look at what makes it so dark and how it differs from other films of the Disney Renaissance period. Is it worth a watch when there are so many titles to choose from on Disney+?Plus, get extra bonus recommendations as Rob and Jill present their "Deep Pick of the Week." Hint: one of this week's picks honors the birthday of a beloved Disney icon...If you missed it, you can also go back and check out the debut episode of Deep in the Plus where we talk about the 1992 live-action musical Newsies.Get notified of new Deep in the Plus episodes each week by subscribing at YouTube.com/WDWNT. You can also follow Deep in the Plus on Instagram, Twitter and Facebook to share your thoughts on each week's picks.

© 2020 OwlTail All rights reserved. OwlTail only owns the podcast episode rankings. Copyright of underlying podcast content is owned by the publisher, not OwlTail. Audio is streamed directly from WDWNT LLC servers. Downloads goes directly to publisher.