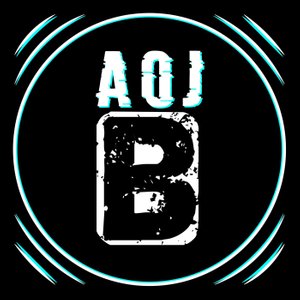 A podcast where two thirty something's discuss the music we found and loved growing up. 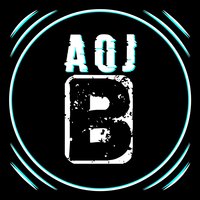 This week we take a look at 2000's "supergroup" Audioslave and their eponymous debut album 'Audioslave'. As fans of Rage Against the Machine and Soundgarden, how did Audioslave fill the gap? Join us in the Shadow Of The Sun as we Set It Off... Like a Stone.

Episode 12 see's us go back to 2001 and discuss the fourth studio album by Arizona's Jimmy Eat World 'Bleed American'. Listen in to discover more about the albums creation and the journey of the band up to that point. Now 20 years later, how has this album gone on to influence the 2010's emo revival and other pop punk efforts? Listen in to find out how the band and producer Mark Trombino worked as equals to make this landmark album, and also find out why the album had the eponymous title 'Jimmy Eat World' for 7 years.

Here we are continuing our ever growing emo streak and take a look back on the fondly remembered 'What It Is To Burn', the debut album by Finch. How does it stack up against the other albums from it's day, and what about in 2021? Listen in to find out what we thought!

Our tenth episode and we are joined by our first ever guest Pedram Valiani, guitarist in Sectioned and Frontierer. In this episode we aren't just covering one album, we are covering Funeral For a Friends back catalogue. Join us as we get look at the bands early days, see them through their breakthrough albums up until their 2016 break up.

Join us as we continue to delve into the music we found and loved growing up. Episode 9 sees us attempt to deep dive into the band Tool's 3rd studio release, the ever complex and winding enigma that is Lateralus.

In this episode of Alive or Just Blethering, Keith discusses Morning View, the fourth studio album released by alt-rockers Incubus in 2001. Join us as we look back on this well respected work that could be the peak for some listeners, and just the beginning for others. Listen in to find out where we stand on this album in 2021!

In this episode of Alive or Just Blethering, Chris brings Golden State to the table, the fourth studio album released by British rockers 'Bush' in 2001.  Join us as we learn how on earth, and importantly why, this album could mean anything to anyone in 2001, and does it hold up at all in 2021?  Listen in to find out more!

In this episode of Alive or Just Blethering, we discuss our memories of Origin of Symmetry, the second studio album released by British heavyweights 'Muse' in 2001. Join us as we take a journey through space and time as we discover more about the making of the album, how Muse defined their sound, and the everlasting mark it left on us. Listen in to find out more!

In this episode of Alive or Just Blethering, we discuss our experiences and memories of Satellite, the fourth album released by P.O.D. in 2001. Does the bands faith influence the albums message? How relevant are the lyrics in 2021, and would it be any different it were written today? Listen in to find out more.

In this episode of Alive or Just Blethering, we discuss our experiences and memories of Significant Other, the second album released by Limp Bizkit in 1999. How did Significant Other  stack up to other Limp Bizkit releases and what influence did this leave on the Nu Metal genre? Listen in to find out more.

© 2020 OwlTail All rights reserved. OwlTail only owns the podcast episode rankings. Copyright of underlying podcast content is owned by the publisher, not OwlTail. Audio is streamed directly from AOJB Media servers. Downloads goes directly to publisher.