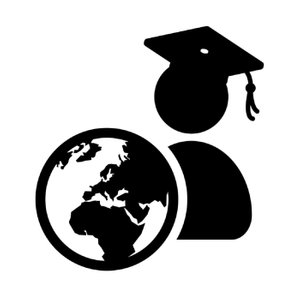 Do you want to have fun learning and improving your English grammar, vocabulary and listening and reading comprehension? Check these weekly 10 - 15 minute English language podcasts, aimed at ESL/EFL beginners, intermediate and advanced learners. Each podcast talks about the meaning and usage of a part of English grammar and then re-uses it in a short, topical, natural English comprehension text. Download the Giles Parker English Academy podcast and the transcript each week and learn English anytime, anywhere. 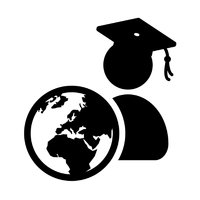 Who could have poisoned Banjo? - Modal auxiliaries to speculate about the past

Why learn grammar? Four great reasons Hi and welcome to another great lesson with New English Academy. My name is Giles Parker and I'm your host for this podcast. Today I'm going to answer a question from one of our listeners who asked me, "Why do you talk about grammar so much? Why do you have to use all those difficult words and ideas?" And she got me thinking - why DO I spend a lot of time talking about grammar? About half of each podcast focuses on grammar while the other half focuses on comprehension and vocabulary. Why do I think it is so important to learn - and teach - grammar? Well today, I'm going to get on my soapbox and explain why I think learning grammar is important. This isn't aimed at any particular level. I think most English learners will find something useful here. You can get the full course with the comprehension and vocabulary lessons and a guidebook with free hints and ideas on how to use this and other podcasts, at the website, www.newenglishacademy.com. Donâ€™t forget, if there is anything special YOU want to practice, let me know and Iâ€™ll design a podcast and some online interactive lessons for you. So, why do I think grammar is important? First, I should make sure you know what I mean when I say 'grammar'. For me, grammar is a combination of 4 different things: 1) knowledge ABOUT language, 2) ability to USE language, 3) a special language that helps us talk about language, and, 4) a special attitude, mind-set or way of thinking about language. Grammar is something we all 'do' or use when we communicate. There might even be a grammar of body language, facial expressions, intonation and other non-verbal communication that we don't really know about yet but that we still use to communicate. Most native speakers of any language have a little knowledge of grammar, but they can certainly 'do' grammar extremely well. Â They don't really need to know the rules, the special language or develop the questioning attitude, because they can usually intuit the correct results of the rules and communicate just fine without really thinking about it.Â  One reason to learn grammar isÂ better communication. Grammar describes or talks about the structure of language. It shows us the rules and exceptions that we need to use to do what we want to do in communication. If we have a better knowledge of and ability to do grammar we can communicate more accurately - i.e., we can say what we really mean, better. We can also communicate more efficiently, i.e., help the other person to understand us better without taking lots of time and energy. If our grammar ability isn't so good then we make mistakes and the other guy won't be able to understand us so well and we don't want that. Also, if our grammar ability is weak then other people will make decisions about us that might not be correct. This leads me on to another good reason to learn grammar:Â Professionalism. This is how you look to other people in your profession or work-place, which is kind of important. If your ability to do grammar is good and you communicate efficiently, then your colleagues and employers will believe and trust you more. This usually brings good things like promotion and better salary and improved chances. Having said that, please beware of prejudices. Some people make decisions about us foreign or second language learners based on our ability to use grammar and they might be wrong. We are learning grammar, which means that (we hope) it will get better and that our current ability and knowledge is just a place in the process, not the end of the process.Â  One of my favorite reasons to learn grammar is that is develops an attitude or aÂ way of thinking about language, and perhaps about the world. Learning grammar means we can ask questions about language and then look at the evidence of language to find out the rules. We can make theories and hypotheses and test them. If the evidence shows a theory is good, we can make that a rule. To be able to do this we need to share a standardized language that describes language: that is, grammar. Grammar gives names to real things - it tells us what are nouns and verbs, for example, or how sentences and questions and tenses can be formed. So we can use this language about language to investigate the world of language. For me, this ability to ask questions and find answers ourselves, on our own, is quite wonderful.Â  Lastly, a good reason to learn grammar is that it improves ourÂ ability to learn languages. We can learn more and improve our ability to use language if we can describe it and ask questions about it. We can use teachers, other native speakers or textbooks and the internet to help us, but we have to know how to ask the questions and what the answers mean and that is where knowledge of grammar as a language to talk about language will really help us. It is so much more efficient to be able to learn the target language by USING the target language rather than by translation. So, if you're learning English, use English to learn English. Â Learn the grammar rules in English to develop your understanding and ability.Â  Â  What do YOU think about learning grammar? Do you think it is important? Or is it a hassle? Did you notice that Iâ€™m talking about learning? That is very different from being taught which is often the death of learning. In a couple of weeks Iâ€™ll talk about different ways to learn grammar. If there are any techniques that really help you learn grammar let me know and Iâ€™ll feature them. Cheers! 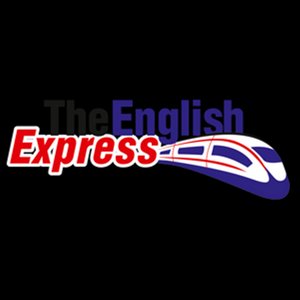 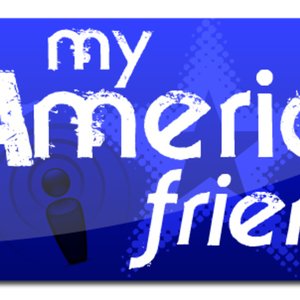 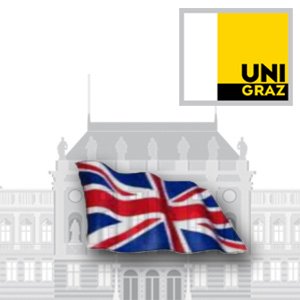 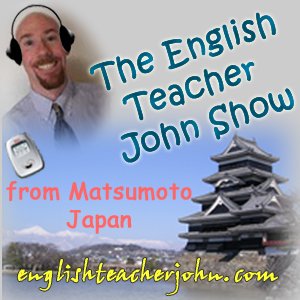 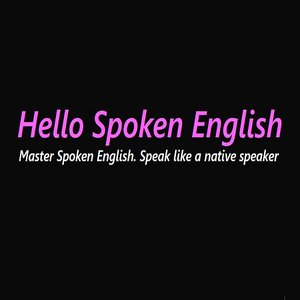 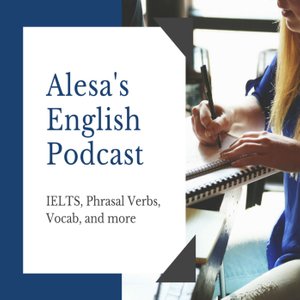 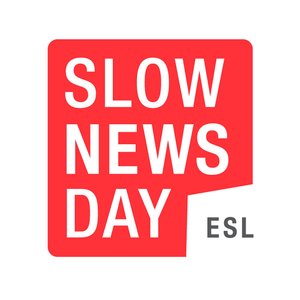 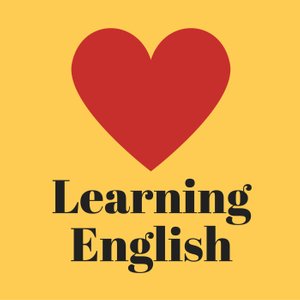 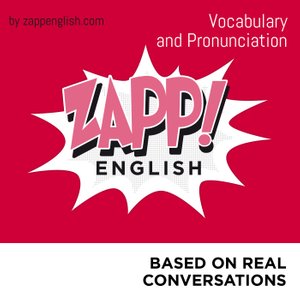 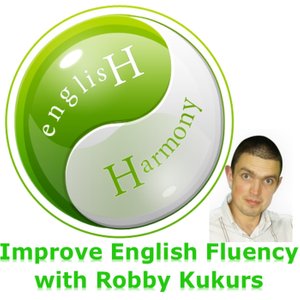 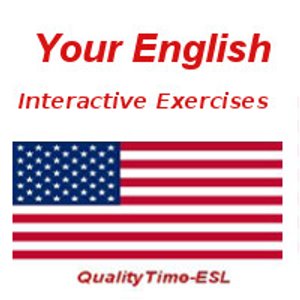 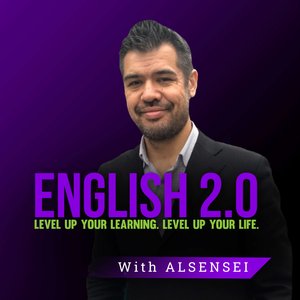 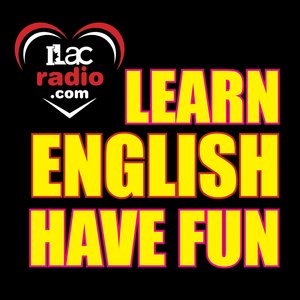 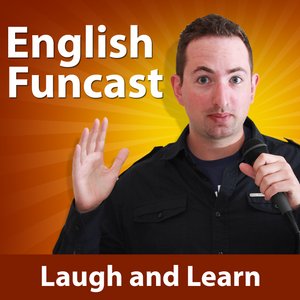 Could you do me a favor? Making requests

Stative verbs - McLanguage change Hi and welcome to another great grammar lesson from New English Academy. Iâ€™m your host, Giles Parker, and today weâ€™re going to learn about stative verbs, and in particular, how that famous burger chain, McDonalds has shown that grammar rules can change. This lesson is aimed at intermediate learners but anyone can learn something new from the vocabulary or the grammar, or just practice listening and reading comprehension. As usual, you can get the full online interactive comprehension, vocabulary and grammar explanations, the games and the tests at our website NewEnglishAcademy.com. Let me know if you like this lesson or any of the others by sending me an email or rating this on iTunes or Stitcher Radio. The more I know what you guys like, the better I can make lessons for you. Here in the beautiful Green Heart of Italy, I recently saw a sign of an invasion from another culture â€“ a large McDonalds sign with its golden arches next to a main road advertising a new McDrive restaurant. Iâ€™m surprised because fast-food isnâ€™t very popular here. My neighbors ask â€“ why do you want to eat fast? The next nearest McDonalds is about 50 minutesâ€™ drive away. Â McDonalds is being very brave in trying to start a restaurant here.Â  Just my two centâ€™s worth, but I donâ€™t think it will succeed here. American fast-food chains moving into other cultures isnâ€™t really new news, but did you know that McDonalds has also had an effect on the English language too? This really means it is a successful business, just like that new verb â€˜to Googleâ€™. Recently McDonalds disagreed with the Oxford English dictionary about the meaning of â€˜McJobâ€™ which still means a job that doesnâ€™t pay well and that has little future. In the USA, you can have a large house that is not well built and costs too much and that your friends call a â€˜McMansionâ€™. Â You can find this in the Oxford English Dictionary too! These new words are nouns. But McDonalds, willingly or unwillingly, has also popularised a new grammar rule. Their very successful advertising slogan says â€œiâ€™m lovinâ€™ it.â€ There â€“ even my Microsoft Word underlines the slogan in red, showing there is something here with which it disagrees. Actually, there are two problems here â€“ can you guess what they are? One problem is with the punctuation. Usually, first person singular â€˜Iâ€™ is a capital letter. I know it is more fashionable with some people to use a lower-case â€˜iâ€™. Personally I donâ€™t use it and I donâ€™t recommend using it when writing something formal.Â  Maybe McDonalds started using it more than 10 years ago in order to be fashionable with younger people who were also starting to use lower-case â€˜iâ€™ in texts and messages to each other. But the other problem is a grammatical problem - about the verb, â€˜to loveâ€™. Usually, this is a stative verb. A stative verb is a verb that doesnâ€™t talk about an action or something that you do. Instead, stative verbs talk about a state, or a way of being, maybe something more internal, something inside you, but not an action. Stative verbs talk about emotions, appearances, preferences, mental states, possessions, and measurements. Grammatically, you canâ€™t usually make a stative verb like â€˜to loveâ€™ into the continuous or progressive by adding â€˜to beâ€™ and â€˜ingâ€™. For most native speakers, that usually sounds very strange.Â  Some people say it just isnâ€™t correct. Â  McDonalds is showing us that grammar rules change and that in this case we can use a stative verb with â€˜to beâ€™ and â€˜ingâ€™. This doesnâ€™t make it active, like you are really doing it, but perhaps it gives a sense of action to an emotion, or a preference, etc. This makes the internal state more immediate, more â€˜nowâ€™. Perhaps McDonalds is using old words in new ways to give new meanings. The future is looking good for some stative verbs. Many people say theyâ€™re hating something rather than they hate it. Or, theyâ€™re thinking or feeling something rather than they think or feel it. McDonalds has certainly made a lot of money from showing that grammar rules can change.Â  I wonder what other companies help change language? Maybe I should google that.

We didn't understand the culture - simple past

Getting what you want - asking permission