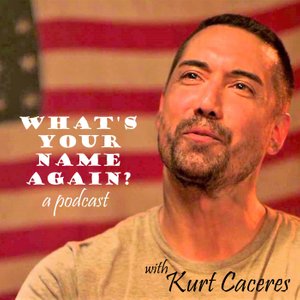 Kurt Caceres brings on celebrity Actors, Directors, Athletes, Casting Directors, Writers, Surgeons, Psychologists, Musicians and more............. to take us down a raw and truthful journey into the dark hallways of the Hollywood machine. As an actor, Kurt worked many years to get to the top of the game, leading major network television shows and finding great success. Then because of inexperience and the power of ego, he lost it all and hit rock bottom. Now after a decade of fighting to make a return from the ashes, he feels it's his time to give back and teach others through his mistakes. From casting couches to backdoor deals, he reveals stories few have ever experienced. It's about overcoming life's obstacles and transcending to one's true potential 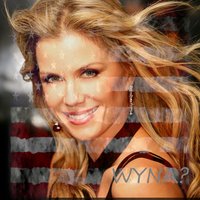 Legendary actress, Katherine Kelly Lang, talks about breaking Susan Lucci's record with the most episodes of television in history.  Growing up to an Olympian Long Jump skiing father, Actress mother, and Academy Award winning grandfather, who worked with icons such as Elizabeth Taylor, Marilyn Monroe and Audrey Hepburn.  Working on Happy Days, Magnum P.I., The Fall Guy and Lonesome Dove.  Learning 90 pages in one day and how her first job was in a diaper. 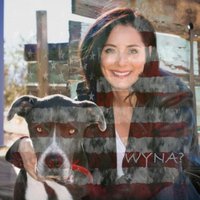 Jacqueline Pinol wears a shirt that reads, "Get your dog fucking fixed".  Kurt Caceres sit with this actor from the Amazon hit series, Bosch, to discuss her life passion for dog fostering and rescue.  Her foundation, Canine Condition, filmed a "Dogumentary" to create education and awareness. She speaks five languages as a "Hobby".  One of her best memories was playing Ricky Martin's sister on General Hospital.  Her life partner was the first Caucasian pop-star in Chinese Music World history, Johnny Blu 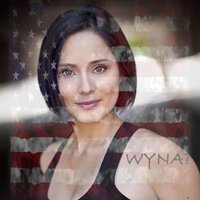 Jacqueline Pinol from the Amazon hit series, Bosch, sits one last time with host Kurt Caceres and breaks down exactly how she turned a one episode guest star on the show into a multi season recurring.  "Bosch expects everyone on their A-Game and guest actors will still show up and not know their lines". The time she was told "Can you Latina it up a little?", "Black lipstick and Red Nails should do".  And finally, she shares a hilarious recent Bikram Hot Yoga story that would only happen in Hollywood. 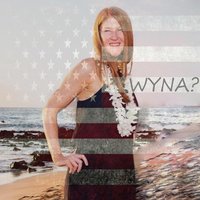 The Athletes Mentality in Business - with Wendy O'Brien - Part I

Acclaimed Hollywood Casting Director, Wendy O'Brien, joins America's Podcaster, Kurt Caceres, to break down the casting process in ways no one has ever heard. With such hits as Son's of Anarchy and Mayans MC, she takes us into the minds and behind the closed doors with Producers and Directors. Even the time she had a general meeting with multi-award winning actor and writer, Phoebe Waller-Bridge, before she exploded onto the world stage.

The industry standard for Casting Directors, Wendy O'Brien once again joins host Kurt Caceres to discuss the trade secrets and fine details of the casting process and the craft of the audition.  They discuss and break down the new argument, "Will CGI ever replace actors and push them towards extinction"?  The new diverse landscape of faces on Television that better reflects the world today. She wants everyone to remember, "Casting is not the enemy, they want you to be their solution". 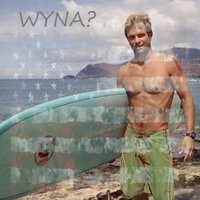 Can't Swim, Scared of Sharks - with David Chokachi - Part I

From Iraq to Massachusetts, this People Magazine most beautiful heart throb, David Chokachi, joins America's Podcaster, Kurt Caceres. He tells about the long process to network test for his role as Pamela Anderson's boyfriend in the global phenomenon, Baywatch.  The way David Hasselhoff messed with him during the audition that caused Chokachi to eventually change his last name.  Surviving the Northridge 6.7 Quake and how the fear of Sharks caused Baywatch producers to make actors do a swim test. 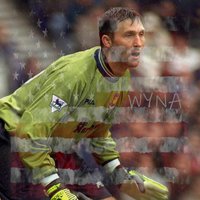 The Predator - with Goalkeeper, Ian Feuer - Part I

American former soccer goalkeeper, Ian Feuer, sits with Kurt Caceres, to discuss playing the iconic role of The Predator, in Aliens vs. Predator.  Growing up to a musician father who played with Elvis Presley, Paul Anka and Diana Ross, whilst his mother was a showgirl for names like Frank Sinatra, Sammy Davis Jr., and the Rat Pack.  His sister was married to film legend, Mickey Rourke, while Ian got his start playing soccer through gangster Anthony Spilotro, who the true story of the film Casino was based 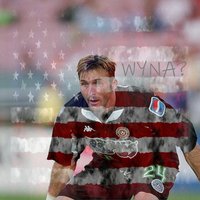 Ian Feuer sits with America's Podcaster, Kurt Caceres, to talk about his rise to becoming the first ever American Goalkeeper to play in the English Premiere Leagues.  The finite pressures of the "Penalty Kick", 12 yards of chance.  Soccer players practice 25 hours a week for one 90 minute match and how actors should apply this work ethic and discipline to their career goals.  Finally, how actors can learn to "ice" their opponents in the audition waiting room just like an athlete "ices" on the field.

The legendary Katherine Kelly Lang returns one last time to discuss with America's Podcaster, Kurt Caceres, how she passed Susan Lucci and broke the record for most episodes of television by any actor in the history of Hollywood.  Playing the sister to Patrick Swayze in his first film, Skatetown, USA.  How Robert De Niro became a fan of hers.  What it's like at a typical Hollywood party.  How she kept her role of Brooke Forrester from becoming monotonous after 33 years. 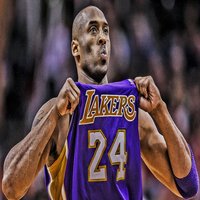 A Special Lifetime Tribute Episode in Memoriam to the life of Kobe "Bean" Bryant, with special guest co-host, Carrie Ann Inaba. All Music and Sound Bytes used were only intended for educational, entertainment and emotional use only, in dedicating this segment to the late Kobe Bryant. Music from https://filmmusic.io"Virtutes Instrumenti" by Kevin MacLeod "Sincerely" by Kevin MacLeod"In Your Arms" by Kevin MacLeod"Night Vigil" by Kevin MacLeod 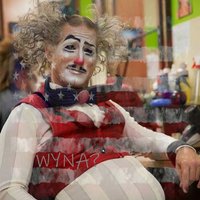 Gabe Dell Jr., sits with Kurt Caceres to talk about his experience in the Cirque du Soleil production of "Zarkana". He grew up to a father who was a master actor of the Broadway stage during the beginning of the American Theatre scene in NYC.  He recalls at five years old his father telling him to "wait here" in the wings off stage, and watched as his father transformed into character before his eyes as he walked into the lights.  That was the moment he knew he would be an actor the rest of his life. 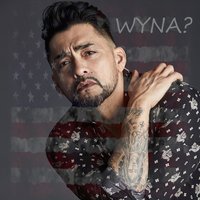 Should a Man hold a Purse? - Rey Gallegos - Part III

This third and final episode in a trilogy called "El Rey", about actor Rey Gallegos.  Here he talks about the invaluable financial and monetary lessons he received from Will Smith.  The time he had to wait tables on Martin Lawrence right after they just worked on "Bad Boys 2" together for six weeks.  And he explains why he will never hold his woman's purse. 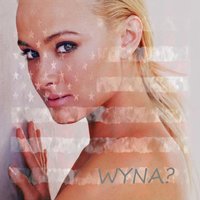 Wearing a Loin Cloth to work - Jennifer O'dell - Part I

Jennifer O'dell, the sexy star of the Sir Arthur Conan Doyle hit, The Lost World, joins host Kurt Caceres to talk about running naked in Hawaii.  Actors who "Google" themselves.  What job got her the elusive SAG Card and remembering her very first television role.  Influencers with 7 million followers getting hired over actors.  Wearing a loin cloth for three years.  Actor turnaround?  Getting rehired on shows.  Old school CGI techniques.  And what the hell is a Thomas Guide? 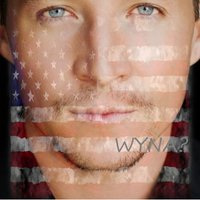 It's Never to Late to Reinvent Yourself - with Travis Aaron Wade

Travis Aaron Wade joins America's Podcaster, Kurt Caceres to discuss his decision to retire from acting. He has since fallen into producing and has a film titled, The Last Full Measure, releasing in January of 2020.  A true story about a young hero who doesn't receive the Medal of Honor until 34 years after his death. Star-studded cast with Christopher Plummer, Samuel L. Jackson, Sebastian Stan, Bradley Whitford, Ed Harris, Diane Ladd, William Hurt and the last film for Peter Fonda before his passing. 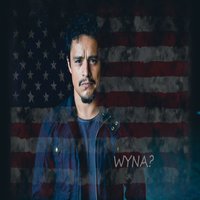 Master the Self Tape, it is the future - Jesse Garcia - Part I

Actor Jesse Garcia joins host Kurt Caceres.  He is the star of the Robert Rodriguez series, From Dusk till Dawn and the upcoming new season of Narcos: Mexico, on Netflix.  He talks about building tight relationships with casting directors, they will fight for you to get a part.  The time he had to self tape from a hotel in Mexico for the Marvel Ghost Rider series.  Popular casting director Laray Mayfield tells him what she looks for in a self tape, she just doesn't want to see a bed in the background. 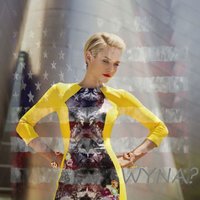 Australian beauty, Nicky Whelan, joins host Kurt Caceres and producer, Travis Aaron Wade, to discuss Star Wars action figures.  Kurt breaks out a full case of the original 1978 mint condition figures, causing Nicky and Travis to scream like little kids on Christmas.  Nicky reveals that her entire house is decorated with Star Wars paraphernalia, including a toaster that burns Darth Vader's face to your bread.  She admits that her dream growing up was to become an American cheerleader. 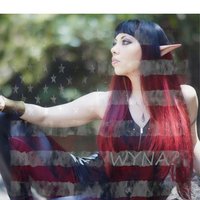 The Queen of Dungeons &amp; Dragons, Satine Phoenix, joins America's Podcaster, Kurt Caceres and special celebrity guest, Carrie Ann Inaba.  She talks about her new travel show, "Destination Fantastic", where on her trip to Iceland, she repelled into volcanoes, climbed glaciers, ate fermented shark and indulged in testicles.  Finally, she opens up about her own child trauma being molested by her father for over 9 years and how D&amp;D saved her life from that experience.

Baywatch megastar and People Magazine 50 most beautiful people, David Chokachi, joins Kurt Caceres to discuss surfing and it's physical and spiritual impact on health and wellness.  He talks about the time a director of his film hijacked and stole the footage, then locked himself in a mountain cabin and held it all hostage.  The investor hunted him down and showed up with his "Henchmen", threatened the directors life and got back the footage.  The film eventually won awards at the Milan Film Festival.

How to make it in Hollywood - Jesse Garcia - Part II

Jesse returns for Part II with America's Podcaster, Kurt Caceres . He lays down a serious story of dedication and commitment to the craft when he was cast in the film, Walk Out, directed by Edward James Olmos.  He talks about being in the Robert Rodiguez series, From Dusk till Dawn, and his experience working opposite Don Johnson. One of the new stars of Narcos:Mexico on Netflix, Jesse gives an insightful, yet inspirational education, for everyone considering a career in the Hollywood Machine.

Nicky Whelan returns for Part II to discuss the time she was an emotional wreck after a recent breakup, wore a pink sweater to audition for an FBI agent, and got the role.  Christopher Plummer tells Travis what it was like to date Marilyn Monroe.  The time Nicky auditioned for Joel Schumacher and stopped the session to ask him about the Lost Boys.  And finally, she tells us about working with Robert Rodriguez, Owen Wilson, Nicolas Cage and opposite Bruce Willis, in the film, Trauma Center.

© 2020 OwlTail All rights reserved. OwlTail only owns the podcast episode rankings. Copyright of underlying podcast content is owned by the publisher, not OwlTail. Audio is streamed directly from Kurt Caceres servers. Downloads goes directly to publisher.