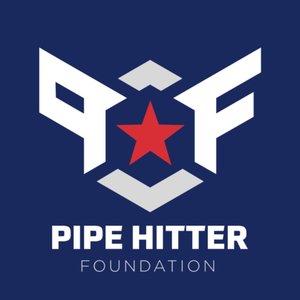 Podcast for the Pipe Hitter Foundation, dedicated to serving those who serve us. PipeHitterFoundation.org 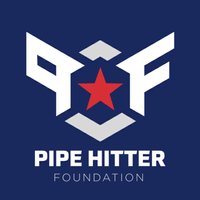 Caitlin Julian is an Army veteran who specializes in mental health who lost her son Stephen, a combat medic, to suicide. June is suicide awareness month, and this is our second episode dedicated to this tough but very real issue. As Caitlin discusses, suicide is a complex topic deserving of a more thorough analysis and discussion than the often simplistic dialogue we frequently see and hear. Caitlin lists a number of resources available for anyone struggling with suicidal thoughts, which are listed below. American Foundation for Suicide Prevention, AFSPAmerican Association for Suicidology, AASOperation Restored WarriorStop Soldier SuicideThe Trevor ProjectSpeak of Stand Up Save a LifeUnder the Shield Foundation

In this episode Andrea Gallagher speaks with Adrina Shields, mother of Robbie Graves, an Air Force veteran who tragically took his own life on Memorial Day of 2017. June is suicide awareness month, and for the next two episodes we’ll be hearing from the mothers of two service members who committed suicide. It is a heavy topic, but as you’ll hear discussed it is one that needs to be talked about more – to remove the shame, the stigma, and to be open about all aspects of this harrowing phenomenon. Andrina discusses her experience, what she’s learned, how she copes, and the steps we all can take to bring an end to this crisis like supporting the work of folks at Camp Hope, TAPS, Project Refit, and Operation Restored Warrior.

Christina Dages is the wife of La Mesa Police Officer Matthew Dages, who was thrust into the media spotlight last year after a video went viral of an arrest at a trolley station in San Diego. The very night of the incident, before any investigation took place - one that would eventually clear Matthew of his use of force - the Dages family had been doxed and protesters showed up at their house. It would spark a firestorm that has yet to be put out. Christina and I talk about the incident, her husband, what’s happened to them over the past year, what they’re fighting for, and why they continue to fight so hard.

In this episode I talk with former Congressman Duncan Hunter and his staff Tommy Marquez, now a board member of the Pipe Hitter Foundation. Both veterans of the wars in Afghanistan and Iraq, Duncan and Tommy were dogged supporters of the military while in congress and have years of experience helping veterans and advocating for reforms to the UCMJ, VA, and other government institutions. We discuss issues facing the military community, and what changes congress and our military needs to make to better serve our men and women in uniform.

Aaron Howard, a Navy SEAL with 16 years of service including many years in the Naval Special Warfare Development Group (DEVGRU / SEAL Team Six),  joins me to discuss his service and his fight for justice. Accused of misconduct which he strongly denies, Aaron was put through the gauntlet of the military justice system, where during the nearly 3 years it took for his case to reach trial the elite operator was shamed by his command, relinquished to mowing lawns and cleaning toilets, and forced to spend his life savings to prove his innocence. His fight is not over as he is appealing the results of his trial and filing suit against the Navy over their handling of his case including unlawful command influence.  The Pipe Hitter Foundation and The Navy SEALs Fund-Brotherhood Beyond Battlefield® have joined as a team to bring awareness to this hidden crisis and to fight for Aaron and his family. If you would like to donate to the Howard family you can do so at pipehitterfoundation.org

Dr. Christopher Frueh is a clinical psychologist and Professor of Psychology at the University of Hawaii. Dr. Frueh's research focuses on the comprehensive health program for combat veterans and he is an expert on PTSD and TBI, having mentored dozens of special operations veterans and their families. He has over 200 professional publications, and in this episode we dive in to his recent publication  “Operator syndrome”: A unique constellation of medical and behavioral health-care needs of military special operation forces." We discuss the toll SPEC Ops endure on their mind and body, and the therapies and support this community needs to maintain a healthy life and lifestyle. You can find his paper here: https://journals.sagepub.com/doi/abs/10.1177/0091217420906659

© 2020 OwlTail All rights reserved. OwlTail only owns the podcast episode rankings. Copyright of underlying podcast content is owned by the publisher, not OwlTail. Audio is streamed directly from Sean Gallagher servers. Downloads goes directly to publisher.