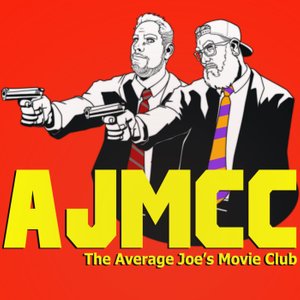 The Average Joes (Joey and Justin) are two long time friends who both love watching movies and get together every couple of weeks to discuss 2 main movies and other movies they've watched since they've last talked! 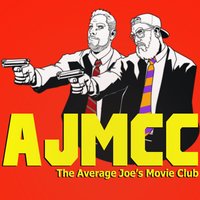 The Joe's are back the fifth episode in Season 3, they traveling back in time to World War 2 for both a German and Russian tale of the Battle of Stalingrad with Enemy at the Gates and Stalingrad before doing the Kessel run in under 10 par secs....oh wait wrong kind of Falcon! Bogey does Bogey things in the Maltese Falcon along with the pick em game, the good, the bad and the ugly, Joey's pick, Joey's category and Justin's spin

AJMCC S3 Ep4 ~ From Dusk Til Dawn/Last Tango in Paris

The Joes are back and are kicking 80s style with Patrick Swayze and Jamie Lee Curtis in ROAD HOUSE and Prom Night respectively! Mullets, Sam Elliot, nudity and kung fu rule the day in Road House before we head to the Prom with Jamie Lee Curtis, her big hair and a Ski Masked killer! Joey picks from Justin's category, Justin spins the wheel of destiny and Joey gives Justin his next category!

The Joes celebrate their two year anniversary by being born to kill in Stanley Kubrick's 1987 Vietnam war classic, Full Metal Jacket before returning to an animated dream state in Linklater's Waking Life. They play the movie pick em game, give us their good, bad and the ugly picks along with revealing the line up for the next episode, and it might the most excited Joey's ever been on a reveal from Justin!

The Joes return for the inception into season 3, delving into their first Anime with Paprika before looking for the Clue in 2019's whodunnit Knive's out.We also get Joey's pick of Kurbick movies and the next category

The Joes are back for the finale of Season 2 and 2020!YOU SHALL NOT PASS! That's right the second half of their Epic 2 part Season 2 finale is The Lord of the Rings! They also count down there respective Top Ten first watches of the year along with revealing Justin's Pick for the Season 3 premier from the Anime category and Joey spins the wheel of destiny for the second half of next season's premier episode!

After navigating through the spooky season of October the Joes are back for the season 2 finale that's so EPIC  it just had to be split into two parts. Oddly enough this episode is a movie so big it's also split into two parts, Che. Join the Joes as they discuss both halves of this epic bio pic detailing Che's help with the revolution in Cuba and his ultimate failure in trying to do the same thing in Bolivia along with their good, bad and ugly picks, the movie pick em game and Joey reveals the second half of the finale along with the first category for Season 3

It's spooky season once again and after nearly a month of horrifying cinematic indulgences and oddly enough waking up in a hospital morgue with a machete wound to the head, The Joes are back to tell us all about their countdown through their respective horror lists this year. Scary Spooky Lists are sure to send shivers down your spine! After the countdown the Joes will break down the final movie(Ha) in one the 80's and horror's biggest franchises in Friday the 13th: The Final Chapter!

After a brief hiatus the Joes are back and ready to start closing out season 2 with a pair of streaming service originals in The Old Guard and Dolemite is My Name!There is def some vulgar content in this episode so beware but be ready for a good time!

The Joes are back and gearing towards the Season 2 finale. This week is special as Adam Davie( https://letterboxd.com/adam_davie/ )is joining the cast to discuss the Joes' pick for movies starring a favorite actor or actress! Justin loves some Jake Gyllenhaal so he picked the seedy underworld of night reporting in Nightcrawler while Joey get's all woozy for some Ryan Gosling and chose the tragic love story Blue Valentine.Fun facts: These choices mark the second time this season that Jake G and Michelle Williams(both in Brokeback Mountain) show up in a featured movie and the second time Ryan Gosling has been a leading man in a movie on this cast(Gangster Squad)

© 2020 OwlTail All rights reserved. OwlTail only owns the podcast episode rankings. Copyright of underlying podcast content is owned by the publisher, not OwlTail. Audio is streamed directly from Joey & Justin servers. Downloads goes directly to publisher.