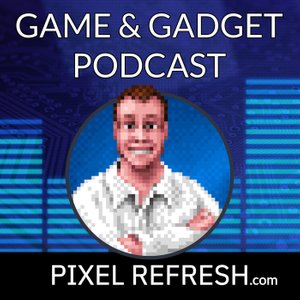 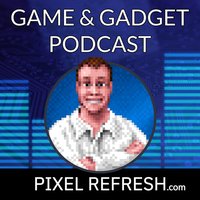 Joined by Tony Warriner and guest Steve Lycett, we discuss topics that interest us both in gaming, gadgets and technology and whatever else comes in our mind.

Joined by Tony Warriner, we discuss topics that interest us both in gaming, technology and whatever else comes in our mind

I Interview Neil from the Retro Man Cave YouTube channel regarding retro computer repair and games.

In this video, I review the inexpensive TESCO hudl 2 tablet with its 8.3" Full HD display and range of impressive features.

We discuss the impact and quality of Xbox One and PS4 four months after launch in the latest Game &amp; Gadget Podcast.

I feature as a guest in the latest Monster Cast Podcast as we all debate the Xbox One and PS4 launches.

This is the very first episode of a new podcast series dedicated to gaming and technology known as the ‘Game &amp; Gadget Podcast’. For our first episode, we are covering the recent announcement of the new Xbox One console revealed by Microsoft.It is my aim to have a bunch of guests from various gaming and technology websites within each episode, discussing the latest developments while dipping into retro nostalgia.For our first edition, please welcome Marty Greenwell - writer, editor and new podcast host at ConsoleMonster.com, Peter Willington - Handheld Editor &amp; Community Manager at PocketGamer.co.uk and Ken Barnes - Editor at PureXbox.com.Topics:Overall presentation style compared to PS4 announcement The name ‘Xbox One’ discussion The look of the actual console hardware The console specifications Still confusion over used games and ‘always on’ - Xbox FAQ Xbox One HDD is non-removable, supports external USB storage Xbox One lets you save and restart your game at any point Smart Match and recording &amp; sharing of gameplay Expanded Achievements The new Kinect that is now a standard feature with Xbox One The updated controller features No backwards compatibility for retail titles or Xbox Live Arcade purchases and Xbox 360 controllers not supported, but will allow media transfersWe hope you enjoy the podcast.

© 2020 OwlTail All rights reserved. OwlTail only owns the podcast episode rankings. Copyright of underlying podcast content is owned by the publisher, not OwlTail. Audio is streamed directly from James Woodcock servers. Downloads goes directly to publisher.