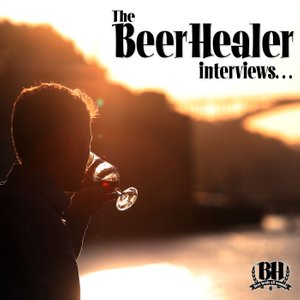 The BeerHealer is a story teller who wants to share the great stories of the craft beer world with you. Each episode is a half hour interview with someone involved in the world of brewing who has an interesting story to tell! 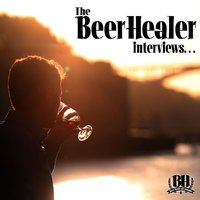 A few years ago, the wife and I took the kids on a family holiday to Vietnam. It was such a great experience for us all, the sights, the sounds the unique food and of course the amazing people. Before taking my trip I did a bit of research and found out that the was a pretty cool little craft beer scene beginning to bubble up to the surface over there, so I decided to do what I could to hijack my family holiday for the sake of craft beer.One of the items on my list was to visit a brewery I had read about called Pasteur St Brewing. Their mantra seemed cool, combine American Brewing techniques with the local produce to make great craft beer. One sip of the Pasteur St Jasmine IPA was all it took for me to fall in love with the Vietnamese craft beer scene…The man behind that beer, Alex Violette, was head brewer at Upslope Brewing in Colorado at the time that John Reid, Pasteur’s founder pitched the idea to him. Alex loved it and moved to Saigon to begin a new brewing adventure. Very early on in the piece, Mischa Smith, knew he had to get in on the action of spreading craft beer love in Vietnam. He started as a volunteer behind the bar, being paid in beer and now he is Pasteurs St’s Brand Ambassador.5 years and 200+ beers later, Pasteur St Brewing now has 4 tap Rooms and has nationwide distribution. It’s been 3 years since I was in Vietnam and I was keen to find out how the scene is going in Vietnam, so I invited the guys on to talk all things Vietnamese Craft Beer.In this interview, Alex, Mischa and I try our best to keep things on track as we discuss such things as:How Pasteur St came to be;Making beers with local ingredients and winning awards for it;The perception that Vietnamese palates would be different to the western world;How the craft beer culture is Vietnam borrows from their well established coffee culture;When we will see their beers in Australia again; andMaking beer that smells like farts!Enjoy!https://www.facebook.com/BeerHealer