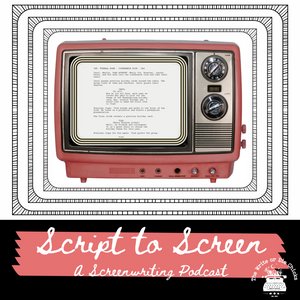 Script to Screen is a monthly screenwriting podcast hosted by Mercedes K. Milner that explores the transitions made from script to screen for all of your favorite films and TV shows! Join her as she celebrates the writing process of screenwriting legends, breakdowns scripts, and shares her thoughts on the fully realized concepts. 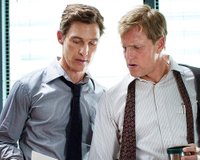 On this episode, join Mercedes in celebrating the amazing work of the late Diane Thomas. Hear her thoughts on sexy vs. sexual, harnessing your inner Angelina, and persistence in your writing practice in her breakdown of Romancing the Stone.Researched, Written, and Produced by Mercedes K. MilnerOriginal Theme by FOOSHAdditional music by Zapsplat, Audio Hero, and Music for VideoAdditional Resources: “Diane Thomas” - Wikipedia“How to Write a Car Chase Scene in a Screenplay” - Herman Wilkins, StudioBinder“In Memory of Diane Thomas (1946-1985)” - Scott Meyers, Go Into the Story“What is a Meet Cute?” - Mike Bedard, StudioBinder“Writer of Romancing the Stone Killed…” - Leonard Greenwood, The LA Times

On this very special episode of STS, Mercedes is joined by the WODC’s Deanna Gomez! Join them as they dish about the modern dating scene, the magic of flashbacks, and the hidden gems left only on the page for script readers to discover in Phoebe Waller-Bridge’s pilot for Fleabag.. Researched, Produced, and Written by Mercedes K. MilnerSpecial Guest: Deanna GomezOriginal Theme Music by FOOSHAdditional music from ZapSplatAdditional Resources:Determining Separated Rights on a TV Series - WGAUnderstanding Separated RightsFleabag - WikipediaBreaking the Fourth Wall - TV TropesCracking the Sitcom CodeDeliver a Devastating Dark Night of the Soul

It’s Black History Month and Mercedes K. Milner is celebrating with a deep dive into Lena Waithe’s Queen &amp; Slim (2019). Tune it and listen to her breakdown of a powerful script, the “good hair” stereotype, and adding your authentic voice to your writing! Researched and Produced by Mercedes K. MilnerOriginal Theme Song by FOOSHAdditional music from ZapSplat and David Miles Source Articles for further reading:Melina Matsoukas on ‘Queen &amp; Slim’ Inspirations and Why Her Film is No ‘Bonnie &amp; Clyde’ - Pamela McClintock, The Hollywood ReporterThe Powerful Perspective of “Queen &amp; Slim” - Jelani Cobb, The New Yorker Decoding Queen &amp; Slim: The Subtle Symbolism That Made the Film Sing - McKenzie Jean-Phillipe, The Oprah MagazineQueen and Slim is Inspired by Real-Life Events, but the Story is Completely Original - Jonathan Borge, The Oprah Magazine‘Queen &amp; Slim’: Film Review - Preter Debruge, VarietyQueen &amp; Slim - Sheila O’Malley, RogerEbert.com

The WODC’s Script to Screen Podcast returns in a new format with host Mercedes K. Milner. In this episode, she breaks down Joseph L. Mankiewicz’s adapted screenplay All About Eve (1950). Join her as she talks glamour, glitz, and high society betrayal!Researched and Produced by Mercedes K. MilnerOriginal Theme Song by FOOSHAdditional music by ZapSplat and Taylor Hayward 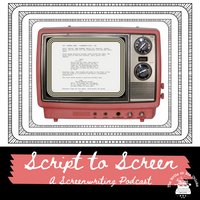 Welcome to the new Script to Screen Podcast! Read and screen during the month and tune in on the last Friday to dish about the Script of the Month with host Mercedes K. Milner!

This episode, the Chicks talk through the 1975 adapted classic, One Flew Over the Cuckoo’s Nest. All recorded Quarantine Style. Research and Script Breakdown by Mercedes K. Milner Produced/Edited by Deanna GomezAs Mentioned in the Episode:- Interview with Michael Douglas- All About CAPS Article- Electroconculsive Therapy- About the Labotomy

Following our hiatus, the Chicks are back and better than ever with a breakdown of the ‘80s classic, Broadcast News (1987)!Follow along as we dish about toxic romance, decade style, and the delicious liberation that is Holly Hunter’s “working woman” vibe. All recorded quarantine style.Research and Script Breakdown by Mercedes K. MilnerProduced/Edited by Deanna GomezAs mentioned in this episode:Criminal Episode #134: Call Russ Ewing“Five Professional Ways to Use Parenthetical in a Script” (WriteBetterScripts.com)“Essentials of Having a Complex Antagonist” (Script Magazine)An Appalling Alternate Ending 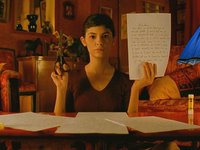 © 2020 OwlTail All rights reserved. OwlTail only owns the podcast episode rankings. Copyright of underlying podcast content is owned by the publisher, not OwlTail. Audio is streamed directly from The Write or Die Chicks servers. Downloads goes directly to publisher.