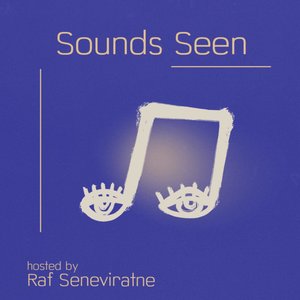 Welcome to Sounds Seen - a podcast about how music supervisors use music to tell visual stories - in film, TV series, documentaries, advertising, gaming and more.Hosted by Raf Seneviratne 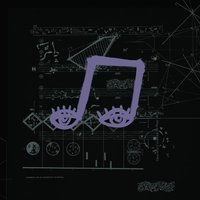 This is an edit of the first Sounds Seen show for Know Wave [ know-wave.com ] For this episode we look at the music in the BAFTA-winning film Rocks by Sarah Gavron with music supervisor Connie Farr, of ThinkSync Music. You can listen to the full episode here which I thoroughly recommend as we also play the songs from the film - including KOKOROKO, Skepta, JGrrey, and more:  https://www.mixcloud.com/know_wave/sounds-seen-connie-farr-and-the-sarah-gavron-film-rocks-17th-may-2021/ Sounds Seen looks for the transcendent moments we experience when we connect the music we hear with the visuals we see. The marriage of music with film brings two great art forms together to create a whole new emotional valence. You can watch Rocks on Netflix UK Find out more about Connie Farr and ThinkSync Music's music supervision work at thinksyncmusic.com and reach them on Instagram at @thinksyncmusic Follow Sounds Seen on Instagram and Twitter - @sounds_seen 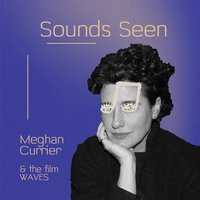 For Episode #003 of Sounds Seen, our guest is music supervisor Meghan Currier. Meghan is a music supervisor for film, television and advertising based in New York. She worked closely with renowned music supervisor Randall Poster at his company Search Party Music. Together they’ve worked on a number of Wes Anderson films including The Grand Budapest Hotel and The French Dispatch (coming out later this year), and other pop culture phenomena including The Joker, Boyhood, Skyfall and Wolf of Wall Street. Meghan has also supervised the likes of Tiger King and the forthcoming feature film Swansong starring Mahershala Ali. On the podcast, Meghan and I discuss the music in the beautiful film WAVES by Trey Edward Shults - including what it takes to clear 5-6 Frank Ocean songs for one film, and how a final product differs depending on when music supervisors are brought onto a project. We also discuss her work alongside Randall Poster and Wes Anderson. You can watch WAVES here: bit.ly/Waves_WatchNow Find out more about Meghan at searchparty-music.com and reach her on Instagram at @meghan.currier Follow Sounds Seen on Instagram and Twitter @sounds_seen 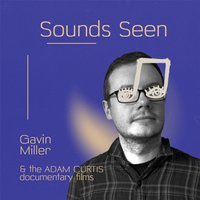 For Episode #002 of Sounds Seen, our guest is music supervisor and musician Gavin Miller. Gavin worked with Adam Curtis on his seminal documentaries Hypernormalisation and Can’t Get You Out of My Head - as music supervisor on Hypernormalisation and contributing his own music to both. Adam Curtis’ films are a mind-blowing patchwork quilt of human history - and the music he embeds into his projects range from Aphex Twin, and Brian Eno to Russian war songs and 20th century Chinese opera. We discuss the important role of music in Adam Curtis’ films and the unique way he uses it - especially in the documentary format. Adam Curtis’ films and documentaries are available on BBC iPlayer in the UK, and internationally on his YouTube channel. Gavin Miller operates as Worriedaboutsatan, and runs This Is It Forever records. You can find his music at https://worriedaboutsatan.bandcamp.com/ He’s on Twitter @teamsatan and Instagram @worriedaboutsatan Follow Sounds Seen on Instagram and Twitter @sounds_seen 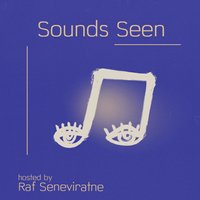 On this first episode of Sounds Seen, our guest is music supervisor Amanda Krieg Thomas. I had a lovely chat with Amanda about her work on the series POSE - we discuss the universal appeal of the show, and of course the magical music moments - including the hoops she jumped through to get Grace Jones and Madonna’s blessing on using their songs. The 3rd and final season of POSE premieres on May 2nd. Amanda also talks about the evolution of her relationship with Ryan Murphy Productions (Glee, American Horror Story, Eat Pray Love, The Prom), how to get started as a music supervisor, and the best way for artists and labels to reach out to music supervisors. Amanda is a music supervisor based in LA and head of Yay Team Productions, a music supervision company. She has supervised the likes of American Horror Story, The Prom, Ratched, The Assassination of Gianni Versace, and more. Amanda has written a book called Thinking In Sync: a Primer on the Mind of a Music Supervisor, available here: https://www.amazon.co.uk/Thinking-Sync-Primer-Music-Supervisor-ebook/dp/B07PYQG9JN She’s on Instagram and Twitter @amandak_thomas You can keep up with Sounds Seen everywhere through this link: sounds-seen.carrd.co

Welcome to Sounds Seen - a podcast about how music supervisors use music to tell visual stories - hosted by aspiring music supervisor Raf Seneviratne. Each episode we'll be chatting to a talented music supervisor about a particular project they worked on. Maybe it's a film, TV series, advertisement, video game, or something totally off-piste - but we'll be exploring the magic and the madness behind the music. The next episode will feature our first guest - the inimitable Amanda Krieg Thomas, who will be discussing her work on the series POSE.

© 2020 OwlTail All rights reserved. OwlTail only owns the podcast episode rankings. Copyright of underlying podcast content is owned by the publisher, not OwlTail. Audio is streamed directly from Raf Seneviratne servers. Downloads goes directly to publisher.