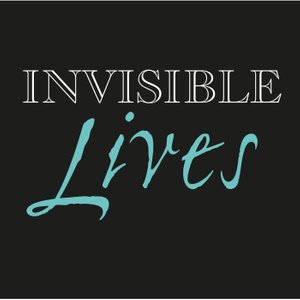 Who are history’s greatest nobodies? Here you’ll meet Britain’s most intriguing yet often unknown characters. Just like in the best detective stories, the past is packed with fascinating tales that are often stranger than fiction and twice as gripping. “Invisible Lives” unpicks the people who should have made it in to our history books, from unsung heroes to the downright curious.

Since this series of podcasts began a year ago, one tale has continued to fascinate listeners more than any other; the extraordinary life of revolutionary artist Doris Hatt. Her story reads like something from a cold war spy novel, yet every detail is true. Here, for the first time, that first telling is intercut with the research interview that provided a first hand account of the woman who continues to fascinate listeners.

Two learned Victorians forged a remarkable friendship when work began on the creation of the Oxford English Dictionary. Yet how was a convicted lunatic allowed inside such hallowed circles?

Long before the computer age two British writers dedicated their lives to creating extraordinary reference books. One was a work of awesome scholarship that is still in use today by ecclesiastical scholars. The other created a publishing empire whose works can still be found on our bookshelves today. But as the different men locked themselves away for years to create their remarkable publications, some observers doubted their sanity.

What the world needs now....

In such unprecedented times we all need a story of hope. So here's an account of the work of one man who held firm to his beliefs in the face of a global epidemic: Dr John Snow.

The religious cult a century ahead of its time: The extraordinary tale of The Agapemonites

A small community tucked in a rural community in middle England scandalised Britain in the 19th century when they became the prototype of 20th century cult religions. Accusations of brainwashing, dramatic rescues of its inmates, and moral outrage followed their controversial gospel.

At the turn of the 19th century one of Britain's most admired estates welcomed a new owner. The beautiful Piercefield Park in Wales which had been built by the owner of a sugar plantation worked by slaves became home to a black owner who'd himself been born a slave.

Stop Press! The true story behind one of the greatest so called scoops in newspaper history.

In 1926 a man called Frank Power captivated British readers by promising to reveal an awesome secret. The government was forced to act but the final revelations by a mysterious newspaper journalist caught everyone off guard.

How did an English schoolboy who dreamed of escaping to live on the frontier in North America's wilderness become one of the first modern ambassadors for protecting native wildlife? To do so an intense deception was required.

The ghosts of 10 Downing Street. Could a disreputable Archbishop haunt the Prime Minister's home?

As a new Prime Minister takes up residence in 10 Downing Street we open the files to discover which spirits could haunt his home. And a priest, philanderer and pirate reveals himself as perhaps the most disreputable former resident.

© 2020 OwlTail All rights reserved. OwlTail only owns the podcast episode rankings. Copyright of underlying podcast content is owned by the publisher, not OwlTail. Audio is streamed directly from Simon Shaw servers. Downloads goes directly to publisher.