Audio only version of The Beer Temple Podcast. Certified Cicerone Christopher Quinn discusses beer in a fun and informal way.

New Zealand is known for wine, hobbits, and funny HBO shows, but more and more recently the land of the Kiwis is making a name in the craft beer scene. Today Chris tastes two offerings from Marlborough brewer, Moa. 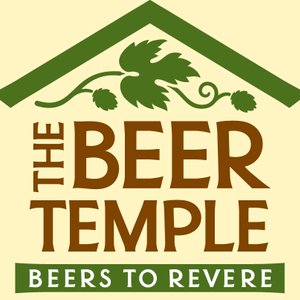 On a recent trip back East, Chris took the opportunity to pick up some beers from Troegs Brewing out of Hershey, PA.

Zwickel is quite simply an unfiltered lager. But the combination of full flavor and refreshing qualities makes it so much more than the sum of its parts. It's also a bit of an obessesion for Chris. So when he saw the All-Star brewer from Urban Chestnut in St. Louis had decided to bottle their Zwickel, he was a happy man!

The Lost Abbey is one of America's most respected breweries. Today Chris tastes their strong ale aged in brandy barrels: Angel's Share.

Thanksgiving is perfect time for craft beer. But which to choose? Let's find out...Special thanks to Rick for the show suggestion!

A "vertical" tasting is when you drink the same beer from several different years. Usually, verticals are associated with Russian Imperial Stouts or Barleywines. Today, Chris pulls a random 4-year vertical of an Imperial Milk Stout, Moloko. Do not attempt this at home! Or do attempt it - It's only beer!

With the presidential election looming, we want to help all the undecided voters out there by conducting a rigorous blind tasting to determine once and for all which candidate should get your vote.

The weather is turning here in the midwest, and Chris gets the urge to try some hefty brews from Maryland brewery Flying Dog.

© 2020 OwlTail All rights reserved. OwlTail only owns the podcast episode rankings. Copyright of underlying podcast content is owned by the publisher, not OwlTail. Audio is streamed directly from The Beer Temple servers. Downloads goes directly to publisher.