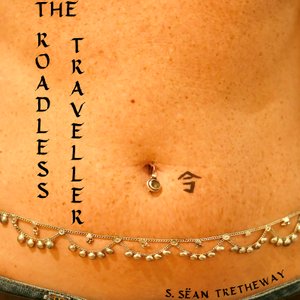 Author/Sleight of hand artist, S. Sëan Tretheway, talks to other roadless travellers about the navigation of their journeys on the road that is not a road. 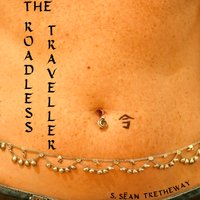 This episode features the one and only Andrea Kirwin, one of my favourite singer songwriters. Today we are celebrating her new album, "Bloom".I have so much admiration for Andrea because, not only is she a world class musician, she is also an amazing entrapreneur. Her business acumen is astounding and I am alway in awe of the creative ways she chooses to express her art. If you are looking for a mentor of singing, songwriting, guitar playing and most importantly, how to turn these skills into a career, Andrea is the one! Aside from all of that, Andrea is an amazing human being, who I am grateful to be able to call a friend!During our talk today, Andrea mentions Ted O'brien. To put it into context, Ted O'brien is the Federal Minister in Parlament for this area.Enjoy the talk, check out the videos mentioned (links on trtpod.com), join her patreon page and support independent musicians like Andrea Kirwin!You can support the show by buying "The Roadless Traveller" paperback from TheRoadlessTraveller.com or one of my four ebooks from amazon.com . All links can be found on the TRTPOD.com website.

The Wintermoon Music Festival is held yearly in Cameron's Pocket, just about an hour's drive north of Mackay Queensland, Australia. The festival has been going for over 20 years and I have been there for the last 10 or so. It's a small privately run festival that is special in so many ways. The property itself is on the edge of Eungalla National park and holds a vibration of thousands of years of gatherings and celebrations. I'd like to take this time to acknowledge the traditional custodians of that area, past ancestors, and future generations - the Werri and the Berri people.Like so many gatherings this year, Wintermoon was postponed. I know that many people have missed it and so I decided to collect as many songs as I could find that were written specifically about Wintermoon.The songs I have uncovered are by Andrea Kirwin, The Chai House Band, Rebecca Wright, Rose Bygrave, Swoon, The Brothers Calling, and a very special recording of the closing ceremony by Kenny Dodd. For more Wintermoon Goodness, Check out the other Wintermoon Episodes. Check out these and all other links at www.trtpod.com

A repost from 2016, Rest in peace, Robert.Three years ago, Robert Forster and I sat down to breakfast at Marco's Restaurant in West Hollywood. Aside from being an Academy Award Nominated Actor for his role as Max Cherry in Quentin Tarantino's 'Jackie Brown', Robert is a motivational speaker. With 182 film and television credits to his name, he uses the stories of his life - working with legendary directors and actors - to highlight insightful lessons. Enjoy! And check out all other links at www.trtpod.com

On the 13-15th of September, 2019, I had the honour of performing at the inaugural Goats Accoustic Sessions, or GAS Festival, hosted by The Hillbilly Goats! This episode is a wrap up of that festival. Bryce and Mahney Wearne are the brains behind the Goats and, after years of being involved in other festivals both on stage and behind the scenes, they decided to create one of their own. They bought a 100 acre block of land, west of Maryborough, Queensland and,over a four month period worked with a few dedicated volunteers to create the festival site, complete with camping, fresh water, showers and a beautiful huge shed, all fitted out with acoustic batting and accoutraments to make a perfect performance area. Join me as I talk to Bryce and Mahney, and a few of the other performers the day after the festival. Check out trtpod.com to see photos, videos and links to all their websites!

From a small farming town in Northern New South Wales to becoming the head (and only) chef on a remote scientific research station in the Antarctic - Annette Fear has always taken the road less travelled! Her early life took her to many places - including the USA - Asia - and even Yandina, where she helped establish one of Australia's most iconic destination restaurants and cooking schools - Peter and Helen Brierty's, The Spirit House. After twenty years (during which she also co-owned her own successful restaurant in Sunshine Beach, Queensland - Sabai Sabai, and co-authored, with Helen Brierty, five successful cookbooks for the Spirit House) Annette decided she wanted a new challenge and persistently applied for a spot on Macquarie Island research station until, after five years, they finally gave it to her. There, she cooked for the station, observed the penguins and elephant seals and played with the baby seals after they were weened from their mothers. Annette's journey doesn't seem any closer to over as she takes off on another trip around the world! Her story is fascinating and inspiring! And check out all other links at www.trtpod.com

For twenty-five years, Mike Higgins was the news anchor for Channel Seven Brisbane. Mike has just had his first book published, Trouslerless Under the News Desk, a behind the scenes look at his life in and out of the spotlight. He also talks about his eleven year battle with cancer, which I am glad to say, he has won! His story is hopeful and inspirational, as well as entertaining. Listen in while Mike and I chat over coffee outside of Baked Poetry Cafe, and then rush out or get online and buy his book today! And check out all other links at www.trtpod.com

Today we are recasting an episode of The Ben and Sëan Show from 2013 featuring Erin Sulman! Erin is the drummer with The Barley Shakes as well as Aussie Boogaloo and just about anyone else who will have him! Since this recording, Erin and his partner, Sofie, have become the parents of two daughters! Lots of fun stories of crazy gigs and funny anecdotes on this episode. If you enjoy it, let me know and I'll post some of the other episodes! And check out all other links at www.trtpod.com

Jim Toomey came in to this world with a bang - literally! Born in a South London hospital during an air-raid, Jim got the taste of things going boom-boom at an early age. After a stint working for The Automobile Association, Jim became a jazz drummer. Working as a session musician in London during its musical ihayday, he was hanging in clubs with The Rolling Stones, The Animals and playing with Jimi Hendrix.In 1976, he joined forces with Peet Coombes Dave Stewart, Annie Lennox and Eddie Chin, forming the band - The Tourists. After touring for three years, and three successful albums, the band broke up. Jim went on to form a Sunny Coast band - The Firebirds.Jim has now written a book called, "We Were Tourists" and will be launching it here on the Sunshine Coast on October 19 2018 at "The Land and Sea Brewery". And check out all other links at www.trtpod.com

Legendary Blues Man - Barry Charles joins us this week with tales of recovering from surgery, his 'new look', his passion for twitching, playing chess, Faulty Towers and of course, The Blues! Music and stories from his new album, and more!

This week I caught up with the very talented, up and coming, lead singer and songwriter of Felivand - Felicity Vanderveen - at Zabé Espresso Bar in beautiful downtown Tewantin! I really enjoyed our conversation and her tremendous energy and youthful perspective on life, love and the pursuit of music! You are going to love Felivand's unique sound and you can hear more and keep up to date with at the links below.We have just passed the 6000 download point here at The Roadless Traveller Podcast - Thank you! To be informed of upcoming episodes, you can subscribe here, on itunes, stitcher or any of the other podcatchers you may use.Check out all other links at www.trtpod.com

© 2020 OwlTail All rights reserved. OwlTail only owns the podcast episode rankings. Copyright of underlying podcast content is owned by the publisher, not OwlTail. Audio is streamed directly from Sëan Tretheway servers. Downloads goes directly to publisher.