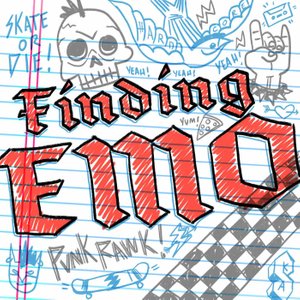 Welcome to Finding Emo, the podcast where we discuss our favorite albums from the early 2000s, track by track. Hosted by three guys who spent the early 2000s living that emo life in bands themselves, which basically makes them experts. Hosts: Blake Fischer, Kris Monier , &amp; Kyle Simmons // Contact: info@findingemopod.com@findingemopod on Twitter , Instagram , and Facebook 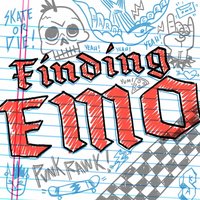 Ep031 - Beneath Medicine Tree by Copeland

Kyle brings fresh ears to a conversation about Copeland's 2003 debut album since he never really listened to it back in the day. Blake reveals where he stole the podcast's theme song from. Kris has a righteous mustache you can't see because it's a podcast.  Notes: Beneath Medicine Tree on Apple Music and Spotify There's a non-zero chance Coffee Dad likes Copeland's song "coffee" Blake's song Everything Falls (which we cut up and use for the podcast theme song) Paulson's Window Frames Copeland's Ixora and Ixora Twin (super highly suggest setting up two devices and listening to this album, seriously)

It's our 30th episode! We talk about Relient K's mainstream breakout album Mmhmm, which we've decided must be said in a sassy tone.  Notes: Mmhmm on Apple Music and Spotify Japanese cover art Be My Escape video

Some would argue Death Cab is indie, not emo. But it's our podcast and this album came out in 2003 and is close enough for us. Also, we really like the album a lot. Unlike Ben Gibbard's 2003 haircut.  Notes: Transatlanticism on Spotify and Apple Music The afformentioned 2003 Ben Gibbard look Transatlanticism is technically the song with the slowest tempo on the album, but since the drums are playing 8th note builds for most of the song it doesn't feel as slow as Lightness. We realize none of you actually care.  We really didn't think about the Jesus and Mary Chain references two episodes in a row. Also, both Jim Adkins and Ben Gibbard get super sweaty during shows.  Chris Walla's house was for sale, so this site got clever.

It's our 1st birthday! Woo hoo! Thanks so much for listening. On this episode we talk about Jimmy Eat World's super successful Bleed American album. Find out which of us would have danced in their underwear in The Middle's video shoot, given the chance.  Notes Bleed American on Spotify and Apple Music The Middle music video Pass The Baby Automatic by Jesus and Mary Chain Crappy cell phone video of Taylor Swift covering The Middle with Jim Jimmy Eat World covering Taylor Swift (complete with Zach looking like a Brooklyn plumber) (Splash) Turn Twist

Would this album be considered 100% pop if it weren't on Drive-thru? Probably. Does that make it any less good? No.  Notes: Album on Apple Music and Spotify Will Ferrel devil skit Jim Adkins Chase This Light solo performance

The Rocket Summer is definitely a band you're either totally into or don't like at all. The guys are decidedly all-in on Bryce's songs, and this is such a good debut album for a 19 year old to make.  Notes Calendar Days on Apple Music and Spotify Bryce’s best non-smile profile pic Do You Feel video with multiple cameos, proving he’s a solid dude The Rocket Summer live looping (the audio is cell-phone-quality bad, but you’ll get the idea)

Ep025 - Interventions & Lullabies by The Format

(Let's try this again - Apologies for uploading bad audio on the first try) Before the massive success of fun., there was The Format. On this episode we essentially look at half of their catalog, since they only made two albums.  Interventions &amp; Lullabies on Spotify and Apple Music We really think this is one of the better albums of the early 2000s, even though it’s not emo. OK Go Also, do yourself a favor and listen to some Harry Nilsson, while you’re at it.  We apologize for taking 5 minutes for Blake to poorly describe the song, Somebody That I Used To Know, that he was thinking of. What Makes This Song Great Youtube Kyle’s old band, Rockwell Social Blake’s new band, Earthquake Weather on bandcamp (the 1st single, which wasn’t SO good that he couldn’t risk putting it out there, is also on streaming services) Academy Is - Slow Down Dog Problems

Kris and Blake finally come to terms with how much The Ataris influenced their band's music. Plus, a discussion about what makes a great cover. And more!

On a very special episode of Finding Emo...The guys put together a mix tape of their favorite romantic mix tape jams from the genre. Plus, you get to hear about Kyle's incredibly awkward evening with Aaron Marsh from Copeland (it was all Kyle's fault).  Notes Finding Emo Valentine’s Day playlists!!! On Spotify and Apple Music Also, here’s one on Spotify you can add your own tunes to!  All of It - MXPX The Agreement - Lakes (or now Eager Seas) Pretend You’re Alive - Lovedrug New Acceptance album Wild, Free The Garth Brooks song mentioned is That Summer, but per Garth’s wishes you can only play it on CD or Vinyl, because it’s not on any streaming service.

We finally get around to doing a Dashboard Confessional album! Spoiler alert: we all have man-crushes on Chris Carraba.  Notes: The thing on the cover art Just a few 9 track albums that are great: Billy Joel - The Stranger, Peter Gabriel - So, Aerosmith - Toys in the Attic, American Football - LP1 &amp; LP2, Coldplay - Ghost Stories…I’m just saying it’s possible.  Chris Carrabba’s Rig Rundown

© 2020 OwlTail All rights reserved. OwlTail only owns the podcast episode rankings. Copyright of underlying podcast content is owned by the publisher, not OwlTail. Audio is streamed directly from Finding Emo servers. Downloads goes directly to publisher.