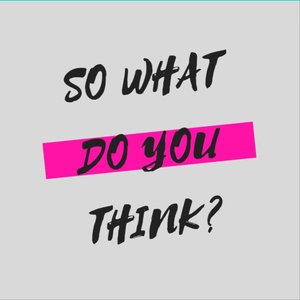 The world is full of weird events and we want to talk about them! Join Jay and Bee as they break down the weirdness and let you know exactly what they think. 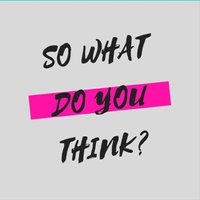 Did the Sodder children really perish in a house fire?

It seems like an unspeakable tragedy when a house goes up in flames at Christmas, seemingly taking with it 5 children, trapped in the attic. But were they in the house? And if they weren’t in the house where were they? Was the truth prevented from coming out due to shoddy police work or a cover up? Intro/outro music "Sugar Sugar" by Fast Lady

A husband is horrified to find his wife missing, having not come home after taking a run. Everyone assumes the worst, especially after the weeks go by with her still missing. Then just like that she is back, and she has a strange story to tell. Intro/outro "Sugar Sugar" by Fast Lady

Haunting or Hoax? What really happened in the Amityville Horror house?

We all know the story of one of the most famous hauntings in the world. After just 28 days a family flees their home never to return, saying that demonic entities drove them away. Since that time there has been just as many people who believe their story as people who think it was an elaborate hoax, but what is the real story? Intro/outro music "Sugar Sugar" by Fast Lady

Accident or murder? The bizarre death of Kendrick Johnson.

It seemed like an accident when a teenaged boy was found dead on school grounds, and this was the official narrative from law enforcement. However, the family and local media saw something was not quite right with this crime scene and looked further into things. Come with us as we look at what is such a bizarre and tragic death, and make up your mind about how and why Kendrick Johnson died. Intro/outro music "Sugar Sugar" by Fast Lady

Brittany Murphy was at the peak of her career, young, beautiful and had everything to look forward to in life. So when she died aged only 32 of pneumonia, the world was shocked and soon rumours of suicide and drug abuse were everywhere. We look at what actually led to Brittany’s death and take a dive into the possibly not so natural causes that may have ended her life. Buckle up for a wild ride of poisonings, government conspiracies and outright strangeness. Intro/outro music "Sugar Sugar" by Fast Lady

The Disappearance of Dennis Martin

How can a 6 year old boy be there one minute and completely vanished the next? Dennis Martin vanished on a camping trip whilst in the line of site of multiple people, but could not be found even after the biggest search and rescue effort in history. Things get even weirder when the military gets involved and officials get extremely cagey… Intro/outro music "Sugar Sugar" by Fast Lady

What is the Big Grey Man of Ben MacDui?

What is the apparition or entity that seemingly haunts the slopes of Scotland’s second highest mountain? There have been reports of the Big Grey Man interacting with people for hundreds of years, but is it really a frightful creature or something less mysterious? Intro/outro music "Sugar Sugar" by Fast Lady

What happened to Kris Kremers and Lisanne Froon?

Taking a well earned holiday in Panama after finishing university should have led to dutch students Lisanne Froon and Kris Kremers having the time of their lives. However, a hike into the jungle soon led to weeks of terror and their eventual deaths. A camera was found with bizarre pictures, which only added to the mystery of what actually happened to the girls out there. Intro/outro music: "Sugar Sugar" by Fast Lady

What really happened to Peter Falconio?

It is literally the case that horror movies have been based on. No-one wants to think that their dream outback holiday will be intercepted by a random maniac, but at least now justice has been served. Or has it? Take a deep dive into one of the craziest cases we have covered to date, the disappearance and presumed murder of Peter Falconio. There are layers on layers of craziness in this case, which is nowhere near as clear cut as we have all been led to believe. Intro/outro music "Sugar Sugar" by Fast Lady

Who was the Somerton Man?

In 1948 a mystery man appeared on South Australia’s Somerton Beach, dead from unknown causes. He had no identification and no one knew who he was. Among the few clues was a torn piece of paper from a book that just said ‘Tamam Shud’, which led investigators on a wild ride of potential espionage and intrigue. This week the Somerton man was exhumed so that his DNA can hopefully be extracted, leaving Australia with the new hope that we may finally discover who he was. Intro/outro music 'Sugar Sugar' by Fast Lady

© 2020 OwlTail All rights reserved. OwlTail only owns the podcast episode rankings. Copyright of underlying podcast content is owned by the publisher, not OwlTail. Audio is streamed directly from Jay Bee servers. Downloads goes directly to publisher.