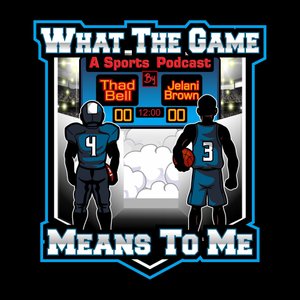 What The Game Means To Me: A Sports Podcast

In this sports podcast, host Jelani Brown will dive into the lives of athletes, coaches, sports industry professionals and more, as they talk about their journey's and how the power of sports has inspired them. We'll uncover their crazy sports stories, insights, and discuss today's latest sports news surrounding the NFL, NBA, MLB and college sports. The fun will continue as we chop it up about pop culture, entertainment, fashion and play some games as well. "What The Game Means To Me" is a place where sports junkies can come and get their sports fix and more. So, if you're looking for the best sports podcast...you've come to the right place. I appreciate you tuning in and hope you enjoy ! 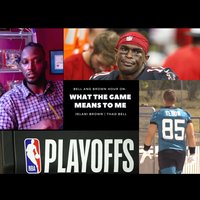 We're back to talk all big things going on in the sports world ! Tune in as we talk the biggest news surrounding star NFL Players, drama with the NBA's King, retired players going after each other, and give our NBA Playoff Round 1 Series predictions as well. 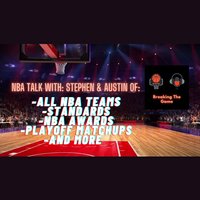 NBA Talk With Stephen and Austin of Breaking The Game

As the NBA regular season comes to an end, I’m excited to have two of basketballs greatest minds come on the show and discuss all the good, bad, and ugly we’ve witnessed so far this season. We’ll talk:-All NBA Teams -Standards (which may or may not need to exist anymore)-NBA Awards-Potential Playoff Matchups - And Much Much More ! 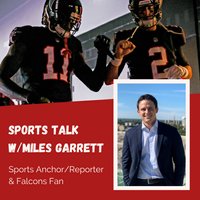 After a few weeks off, we're back with a big interview ! Today we'll have Miles Garrett, Sports Reporter on to talk about his journey through the sports world, what it's like to be confused for Myles Garrett of the Cleveland Browns, and all things NFL Draft (especially with our Falcons). This is one you don't want to miss ! 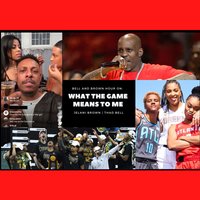 Bell and Brown Hour is back with another episode fully loaded episode giving our thoughts and opinions on all the news circulating the sports world. In today's episode, we will hit on:1. Paying our Respects to the legend and Icon: DMX2. National Championship Game: Baylor vs. Zags3. Paul Pierce IG Live4. ESPN's Top 25 under 255. Brandon Marshall-Loud and Wrong6. NFL News: Julian Edelman released, Drew Lock receiving help from Peyton Manning, what should Falcons do with #4 pick.7. WNBA Jerseys 8. Question of the DayYou don't want to miss this one ! 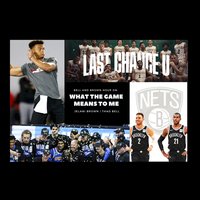 Jelani and Thad are back with another episode, giving all our thoughts and opinions on all the news surrounding the sports world this week. We'll hit on:- Last Chance U: Basketball-The Final 4 and Our Predictions-Top QBs in this years NFL Draft/The Controversy surrounding them-NBA Trade Deadline Thoughts-KD vs. Rapport and Much Much More ! 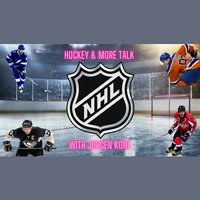 Jelani and Thad will venture into the world of hockey for the first time ever with NHL (really all sports) Guru and fellow OTBN friend, Jurgen Koni to talk and learn about this great game played on ice. We will cover how Jurg got into the sport, all the ins and outs of hockey, and talk some of his NHL Mid-Season Awards. Thad and I will also test our hockey knowledge in two games (that should be quite entertaining) to end off the show. 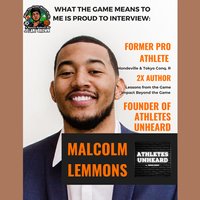 I am honored and excited to have guest, Malcolm Lemmons, on the show today to not only talk about sports, but a very important human aspect that gets pushed aside and ridiculed within athletic space. Mr. Lemmons is the Founder and Creator of Athletes Unheard, a platform helping Athletes to discuss and destroy the stigma around mental health in sports. In today's episode, we will discuss Malcolm Lemmon's journey through sports, what went into creating Athlete's Unheard and the importance behind it, and why it's vital for athlete's to protect their mental wellbeing. We will also discuss the great minds he has had the chance to interview and also have some fun NBA Allstar Weekend fun to close the show. 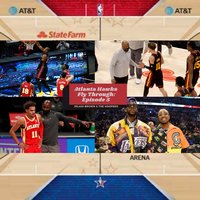 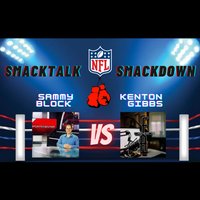 The NFL Season may have come to an end, but that doesn't mean NFL Smack talk has to. To cap off What The Game Means To Me's 1st season of "NFL SmackTalk Smackdown" we have a Super Bowl Match Up for the ages in what is expected to be a heavy weight bout including two very knowledgeable and passionate sports analysis when it comes to their teams. Sammy Block, representing the Indianapolis Colts (AFC) will face off against Kenton Gibbs, who will be representing the Detroit Lions (NFC) in a battle to see who will be crowned the 1st ever NFL SmackTalk SmackDown Champion ! This is one you won't want to miss. 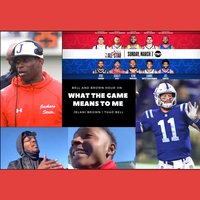 It's been a long week filled with sports, so Thad and I are here to catch you up and keep you covered o it all. We will hot on all the big news stories for the week, from the Carson Wentz trade, to All-Star snubs, to Cam Newton going back and forth with a camper. We will give you a rundown on all the biggest stories and our opinions on them. We even have some fun games/segments we'll hit on in the end as well, so stick around and have fun with us to kick off your weekend !