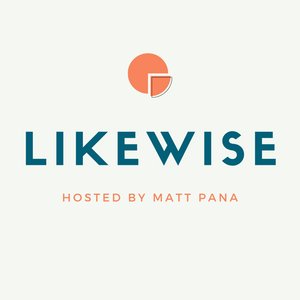 Matt Pana is a media specialist in New York with a decade of experience in music and marketing. Each episode features discussions with friends, covering creativity and technology interwoven with mental health.

Oftentimes, it's those classic friendships that spark much-needed conversation. Tune in as Matt and Arejay cover adaptability, mentorship, and the importance of passion.

A few weeks into quarantine drives us to find like-minded individuals, and Liam Reyes (aka BABYBOYBLUE) is no exception! Tune in as Matt and Liam discuss mutual roots and how chaos breeds creativity.

Man, it's great to be back! Our #StayHome culture brings some of us back to our roots. Tune in as Matt brings the back the pod with his bandmates from Mitchell Grey, as they discuss accountability, connectivity, and digital collaboration.  (Music Credit: Ryan Mitchell Grey's ASTOR)

The Bay’s own Adriel Luis got his start through poetry and music collective ILL-Literacy. Today, he works for The Smithsonian Museum in Washington DC as Curator of Digital and Emerging Media. Tune in as Matt and Adriel catch up in this special extended edition, as they discuss creative auras and activating your imagination.

Northeastern University alumn Micah is a songwriter in the thick of pitches and writing sessions in New York. Tune in as Matt and Micah chat in his bachelor pad, as they discuss the ins-and-outs of the music business, and their mutual love for Ryan Mitchell Grey.

The most decorated guest on the podcast to date, beatboxer Sung Lee has won national competitions including Kollaboration Star LA and Amateur Night at The Apollo. Tune in as Matt and Sung chat it up in Koreatown, as they discuss the lost art of being original.

Filmmaker JP Chan raised $30,000 in 30 days on Kickstarter for his first feature film A Picture of You. The Examiner rated the film 5 stars, with further nods in publications like LA Times, Village Voice and RogerEbert.com. Tune in as Matt and JP chat in Washington Square Park, as they discuss Jersey roots, artistic pursuits, and wearing many hats.

LW 55: Until The Ribbon Breaks (Band)

UK-natives Until The Ribbon Breaks have been reimagining popular songs on YouTube through their ambient and electronic sound. You can catch them this year on tour with London Grammar throughout North America. Tune in as Matt sits down with James and Pete over Insomnia Cookies, as they discuss film inspirations, Midwest roadtrips and their mutual love for Boyz II Men.

Singer/songwriter Travis Atreo joins the podcast this week in this special extended edition. From honing his craft in Nashville, fronting Seattle rockers New Heights, to his newest career path in Los Angeles. Tune in as Travis and Matt catch up, as they discuss common upbringings and their mutual love for Minji's pancakes.

Brooklyn's Ella Zoller and Gabriel Stanley combined their eclectic combinations of styles to form dream-pop fiends Prom. Tune in as Matt catches up with the duo in the Lower East Side, as they discuss collaborations, musical upbringings, and finding your own sound.

Eric Kern is a drummer who's backed YouTube names like AJ Rafael, Travis Graham and many more. Tune in as these drummers from another mother bang out a stellar conversation in Southern California, as they discuss tour stories and being the man behind the band.

Nicole Ponseca is a Filipino food success story, a trailblazer in New York’s restaurant scene with hotspots like Jeepney and Maharlika. Tune in as Matt and Nicole dig in, as they discuss managing risk and redefining the model minority.

Singer/songwriter Adinah Lagud is no stranger to the stage. From Jacksonville to New York, you can catch her embarking on new chapter in her career. Tune in as Adinah and Matt hang out on a Sunday morning, discussing karaoke memories, playlist tips, and all things family.

Brooklyn native Jonathan Grado is the VP of Marketing for Grado Labs, one of MASHABLE’s Top 8 Social Small Businesses in America. Matt and Jonathan meet over tea in Greenwich Village, discussing family, community and living a legacy.

Khalil Malamug is the proud owner of Razor Sharp Barbershop in New Jersey. Slowly beginning to see his business shape up. Listen as Matt and Khalil chop it up, bonding over immigrant parents, chasing your dreams and much more.

Timothy DeLaGhetto is one of the most popular personalities on YouTube. Well versed in the realms of both comedy and music. Nowadays, you can watch him on MTV2 as one of the newest cast members on Nick Cannon’s Wild ‘N Out. Matt and Tim podcast it up this week, sharing their love of Jack in the Box, stand-up comedy and more.

Guitarist and videographer Joseph Diaz joins the podcast this week in a special extended edition. As members of the band Mitchell Grey, Matt and Joe catch up at their favorite pizza spot in New Jersey. Tune in as they discuss world travels, California adventures, band stories and more.

The first lady on the podcast. Jeni Suk is a singer/songwriter and traveling musician. Slowly developing her new style. Jeni and Matt sit down for a late night chat in Toronto for the Youth Waves Festival. Hear some stories on how she got her start, her inspirations and what’s next to come.

© 2020 OwlTail All rights reserved. OwlTail only owns the podcast episode rankings. Copyright of underlying podcast content is owned by the publisher, not OwlTail. Audio is streamed directly from Matt Pana servers. Downloads goes directly to publisher.