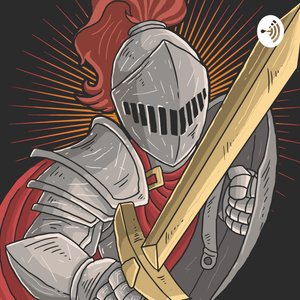 A exciting narrative retelling of the history of the Middle Ages.Help us continue making medieval history accessible by supporting us on patreon: www.patreon.com/medievalpodcast 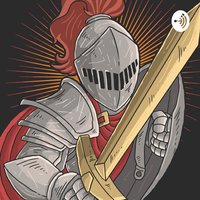 (EPIC!) The Battle of Tours, 732 - Charles Martel vs Abdul al-Rahman

This episode is brought to you by Restaurant.com. Get 50% off your meals at restaurant.com/podcast Many historians view the Battle of Tours as a decisive moment in European history, stopping a major campaign into Gaul that could have rewritten the course of the Middle Ages. Fought on the tenth of October 732 between the Franks under Charles Martel and Islamic forces under Abd Al-Rahman, the Battle of Tours prevented a massive ensuing invasion of Europe by armies from the Islamic world, ensuring that Christianity remained the ruling power in Francia and her neighbouring kingdoms. Help us make more battle episodes! www.patreon.com/medievalpodcast 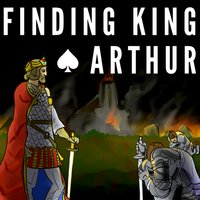 Finding King Arthur - The Once and Future King

Finally released to the public!! Here is a story of chivalry and bravery, pillage and murder, revenge and treachery, love, betrayal, and greatness. It is the brutal, twisted, and romantic tale of Britain’s last defiant bastion of civilisation, standing lonesome in the face of inevitable terror and destruction. King Arthur's epic has survived through the storms of history, inspiring whoever hears his name. Who was this legendary but illusive leading figure of post-Roman Britain? And is there any truth to his fantastic narrative? Become a patron to support more of these projects - www.patreon.com/medievalpodcast

(NEW!) Everything you ever wanted to know about the Dane Axe

In the mid-19th century, a farmer dug into a strange mound at the former-Viking settlement of Mammen, discovering an extravagant Norse burial chamber. One of the rare findings from the mound was a well-preserved axe head with etched designs featuring a cross-over of Christian and pagan motifs. Become a patron of the show – https://www.patreon.com/medievalpodcast Research &amp; Writing: Joshua Potts Voice: William Landry Music: Epidemic Sound Email me at admin@medievalextras.com

Buy our merch – http://www.medievalextras.com/merch Finding King Arthur: http://www.medievalextras.com/finding-king-arthur You can also get it on Patreon: http://www.patreon.com/medievalpodcast It is 572. Italy, having emerged from a decades-long war between the Byzantines and Ostrogoths, has once again fallen under the hegemony of a new European superpower. Lombard military leaders sweep through the provinces, dividing their newly annexed territory into thirty-six duchies. Now they are consolidating their control to mitigate any chance of rebellion from the native Romano-Ostrogothic population. Research &amp; Writing – Joshua Potts Voice: Bill Odman Music: Epidemic Sound, Alexander Nakarada, Kevin Macleod Artwork for several projects was contributed by @g.h.erring on Instagram! Contact me at admin@medievalextras.com

Purchase your own fantastic Game of Kingdoms deck of cards for $12.99 at http://www.playgameofkingdoms.com. You’ll be supporting the podcast in the process. Go send them some love! On the ramparts of the city of Pavia, the citizens cast their eyes down in misery as they watch the enemy soldiers of King Alboin intercept and destroy another desperate emergency supply train bringing support to the city’s population. Food supplies are running abysmally low and with reinforcement routes blockaded all around the city by Alboin’s soldiers, Pavia’s residents are becoming troubled. They cannot hold out much longer. It seems as if their situation can’t get any worse. The besiegers have dropped rotting animal carcasses over the walls and now disease is rampant, further reducing numbers of the few trained men who can fight back. If the enemies get inside the walls, the citizens know there will be no chance of mounting a resistance. It will be game over. We improved the audio quality of this episode to eliminate muffled audio, and re uploaded. Enjoy! Browse and purchase from our new premium content site: http://www.medievalextras.com Or get monthly access to Medieval! Extras premium content if you prefer a subscription-based model: http://www.patreon.com/medievalpodcast Research and Writing: Joshua Potts Voice: Bill Odman Music: Kevin Macelod, SilvermanSound, numerous artists from Epidemic Sound. Please email me at admin@medievalextras.com for copyright issues.

Get official Medieval! merch: http://www.medievalextras.com/merch For monthly premium content: http://www.patreon.com/medievalpodcast A great many weapons were used throughout the Middle Ages to inflict brutal, dismembering damage upon a person’s enemies. The Early Medieval Period was a particularly turbulent era, and it saw the political structure of Europe collapse and struggle to rebuild itself after the fall of the Western Roman Empire. It should follow, therefore, that arms and armour played an integral role in this complicated process, as tribes and kingdoms fought battles against each other to establish their borders and hegemonies. We all know the well-loved and famous sword, but many other influential cutting and smashing devices receive far less recognition. Voice: Bill Odman Research &amp; Writing: Joshua Potts Music: Kevin Macleod, Epidemic Sound, SilvermanSound, Alexander Nakarada, AShamaluev

“Finding King Arthur: The Once and Future King” premium episode now available for $2 at http://www.medievalextras.com/finding-king-arthur. Lifetime access. Your purchase helps us make medieval history accessible! The quintessential image of a medieval knight is a gracious, horse-mounted warrior, clad in shining plate armour. It cannot be denied that this idol is spectacular, but it is unrealistic and implies the use of plate armour as the most common form of defensive clothing in the Middle Ages. This is, in fact, untrue. Throughout the medieval period, especially the Early Middle Ages, chainmail was the best, most practical armour available. Monthly access to premium content: http://www.patreon.com/medievalpodcast Merch: http://www.medievalextras.com/merch Research &amp; Writing: Joshua Potts Voice: Bill Odman Music: Epidemic Sound, Kevin Macloed &amp; Alexander Nakarada Email admin@medievalextras.com for copyright issues and we’ll respond immediately. This episode can be used in other productions for review/criticism purposes only.

Support the podcast and gain access to all premium content: http://www.patreon.com/medievalpodcast For premium episodes and videos: http://www.medievalextras.com A heavy cloak of smoke hangs in the room, stinging your eyes and nostrils. The reeking smell of manure makes the single room of your family’s house an unpleasant place to stay. Right in the middle a large fire rages in a pit, spewing angry red flames towards a charred black pot boiling an ugly soup of water and stinging nettles, hanging on a metal rod over the fire. You hate the rough rags on your hard, cold bunk and you despise the prickly rushes on the floor. But this is your home. It is all you have ever known. Research &amp; Writing: Joshua Potts Voice: Bill Odman Music: Kevin Macleod, Alexander Nakarada, AShamaluev Please email admin@medievalextras.com for copyright issues.

Visit http://www.medievalextras.com to find our first premium project, Finding King Arthur, a dramatic 30-minute podcast episode about the legend of Arthur and modern attempts to unveil his mysterious and deceptive identity. You can also visit http://www.medievalextras.com to vote on future project ideas. Medieval! Extras offers a better premium content model than Patreon; here’s why: You only pay for the content you’re interested in There are no recurring payments The content is yours for life If you prefer a subscription-based model, however, Patreon supporters get access to all premium content we post on Medieval! Extras: http://www.patreon.com/medievalpodcast Please help us make Medieval! Extras a reality!

Medieval! Extras goes live on 20 May! Vote on video/episode topics at medievalextras.com, and subscribe to our podcast so you don’t miss the launch! “There is a stinking, clamorous atmosphere hanging over the town here, itself heaving with life, oozing out of all wooden and stone structures. Every road is overrun by a mob of peasants making their way in and out of the town, merchants dragging their loaded carts down the dirty tracks and blacksmiths carrying newly tempered hammers and axes to the marketplace.” Research &amp; Writing: Joshua Potts Voice: Bill Odman Music: Kevin Macleod, Alexander Nakarada, Ashamaluev, Fabien Tell. Funding: all of you! You can help support us by being one of the first to use http://www.medievalextras.com when it launches on May 20. Don’t miss it!

© 2020 OwlTail All rights reserved. OwlTail only owns the podcast episode rankings. Copyright of underlying podcast content is owned by the publisher, not OwlTail. Audio is streamed directly from Joshua Potts servers. Downloads goes directly to publisher.