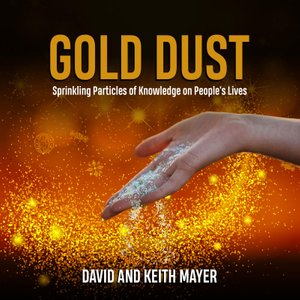 Gold Dust: The Podcast, aimed at engaging and educating, sprinkling particles of knowledge on people’s lives. On the back of the success of the #1 Best Selling book 'Gold Dust: How to Become a More Effective Coach, Quickly," the Gold Dust podcast was released. The show hosts lots of World class practitioners in their respective fields, sharing their knowledge and experiences for listeners. 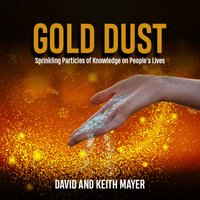 Michael Beale, First Team Coach at Glasgow Rangers is back on the podcast. He talks about his experiences and learnings during Rangers invincible season, how they got their success and much more.

40: Michael Dawson - Be Honest, Be Loyal and Be Committed

Michael Dawson is a professional footballer, current pundit for Sky Sports and former England International. The former Premier League and Tottenham Hotspurs captain talks about his upbringing, the qualities he believes that helped make him successful and more.

Keith Mayer features on this weeks podcast. Keith is a best-selling author, Premier League Academy Coach, mentor to many people around the world and speaker.

38: Greg Levine - Create A Vision People Can Believe In

Greg Levine was previously the Executive Director at McLaren Automative. He is now the Managing Director of Sales and Distribution at Vitality Health, alongside being a director at a professional football league club.

Liam Scully, CEO at Lincoln City FC features on this weeks podcast. Liam has been at Lincoln City since 2017, seeing their rise through the English league system, including this season's promotion push to the Championship. He has over 18 years experience in football and has held several different roles in the game.

Nick Butter, the first and only person to run a marathon in every country in the world features on this weeks podcast. Nick is an endurance athlete, motivational speaker and author. He completed the task of running a marathon in all 196 countries in the world in November 2019 and has since completed 100 marathons in 100 days around Italy. Hear Nick's story, and what other challenges he has coming up.

35: Shaun Wane - A Stickler For Standards And Detail

Craig Brown, the former Scotland National Team Manager, features on this weeks podcast. Craig talks about how he managed strong characters and groups, how he built relationships and how his sense of humor helped him in elite environments.

33: Chris Brindley MBE - The Importance of Helping Others

Chris Brindley MBE features on this weeks podcast. Chris is the Chair for the Rugby League World Cup in 2021. He has been named Britains Best Boss, the UK's Non Executive Director of the Year, and much more for his work transforming multiple companies and organizations he has worked with, including NatWest, British Gas, Metro Bank and The Premier League.

32: Nick Hollis - We All Have Our Everest To Climb

Nick Hollis, adventurer and mountaineer, features on this weeks podcast. Nick is one of a handful of people to ever complete the seven summit challenge and is on track to complete his 7-2-1 challenge. While summiting Everest, Nick went snow-blind and had to find his way down. He shares his experiences in this podcast. For those interested in his 7-2-1 challenge can also find the link to his site below:https://721challenge.com

© 2020 OwlTail All rights reserved. OwlTail only owns the podcast episode rankings. Copyright of underlying podcast content is owned by the publisher, not OwlTail. Audio is streamed directly from David and Keith Mayer servers. Downloads goes directly to publisher.