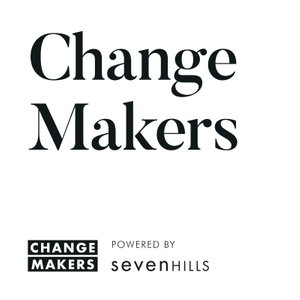 This is Change Makers – the podcast bringing you ideas, life lessons and amazing stories from those making a difference in extraordinary times. Powered by campaigns firm Seven Hills and hosted by Michael Hayman, this interview series delves into what makes leaders tick and looks at the contribution this empowers them to bring to the world. This is the podcast for those who want to hear the optimism that comes from challenging the status quo. Find your mission. 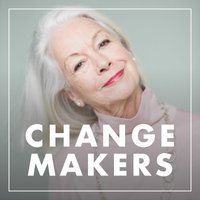 Three times Nobel Peace Prize nominee for her work with Oxford Research Group to develop effective dialogue between nuclear weapons policy-makers worldwide and their critics. She now leads The Business Plan for Peace to help prevent violent conflict and build sustainable peace throughout the world, because it is possible, see three minute video ; this work is based on her latest books The Business Plan for Peace: Building a World Without War (2017) and The Mighty Heart: How to Transform Conflict (2020), which is now an on-line course. Scilla founded Peace Direct in 2002 to fund, promote and learn from local peace-builders in conflict areas: Peace Direct was voted ‘Best New Charity’ in 2005. She was awarded the Niwano Peace Prize in 2003, the Luxembourg Peace Prize in 2020, and was adviser to Peter Gabriel, Archbishop Desmond Tutu and Sir Richard Branson in setting up ‘The Elders’. Scilla co-founded Rising Women Rising World in 2013, and FemmeQ in 2016 to establish the qualities of feminine intelligence for women and men as essential to use in building a safer world. Her TED Talk on nonviolence has been viewed by over 1,500,000 people. Scilla is an Ambassador for Peace Direct and patron of Oxford Research Group; adviser to the Syria Campaign and the Institute for Economics and Peace. She also advises the leadership of selected international corporations as well as students and young social entrepreneurs. 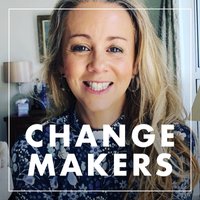 Revd Joanna Jepson is an Anglican priest, author, broadcaster and coach. She trained at Bristol and Cambridge and, following her ordination in 2003, served in parishes in Chester and London. Joanna has since worked speaking, coaching and leading groups across the UK, USA, West Africa &amp; Australia. In 2006 she set up the first chaplaincy in the British Fashion Industry, based at London College of Fashion. In 2015, Joanna’s first book was published by Bloomsbury. A Lot Like Eve; Fashion, Faith &amp; Fig Leaves, charts her journey through faith, deconstruction and reconstruction. Joanna is based in Wells, with her husband and son, and, as a military chaplain, spent the first part of 2021 working with the UN Peacekeeping Force in Cyprus.  She is a regular contributor on BBC Radio 2 and guest on Radio 4, BBC, ITV and Channel4, and has written for the national press including The Independent, The Times and The Sunday Telegraph. She is a patron of Alabaré; a charity that seeks to end homelessness for military veterans, vulnerable adults and people with lifelong disabilities. 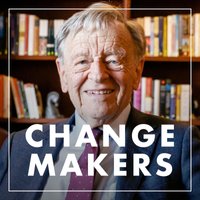 Lord Alf Dubs was born in December 1932 in Prague, and was one of the Czech children rescued from the Nazis in the Kindertransport. He had no idea of the identity of his rescuer until 1988, when a relative spotted his name on Esther Rantzen’s That's Life television programme featuring English former stockbroker Nicholas Winton, who had arranged for the transport of 669 children out of Nazi-occupied Prague. Lord Dubs studied at the London School of Economics before entering a long career in public service. He has been a local councillor, MP for Battersea South and Battersea between 1979 and 1987, Parliamentary Under Secretary of State at the Northern Ireland Office from 1997 to 1999, Chair of the Fabian Society, Chair of Liberty, a trustee of Action Aid, Director of the Refugee Council and a trustee of the Immigration Advisory Service. He was also Deputy Chair of the Independent Television Commission from July 2000 to February 2001, a member of the Broadcasting Standards Council between 1988 and 1994, becoming Deputy Chairman in 1995, and then Deputy Chair of the Broadcasting Standards Commission until 1997. Lord Dubs was appointed a Labour working peer in 1994, and is an active and independent-minded member of the House of Lords. 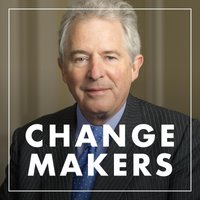 Lord William Waldegrave of North Hill is the Provost of Eton College, a post he has held since 2009. He is a Distinguished Fellow of All Souls College, Oxford and an Honorary Fellow of Corpus Christi College, Oxford. Lord Waldegrave served as a Conservative Member of Parliament from 1979 to 1997 (representing the Bristol West constituency) including 16 years service as a Minister, of which seven years were as a Cabinet Minister. Educated at Oxford University and Harvard (a Kennedy Scholar), before entering Parliament he worked in the Cabinet Office in Whitehall; as Political Secretary to Prime Minister Edward Heath; and for GEC Ltd. From 1998-2008 he worked in the City, first at Deutsche Kleinwort Benson and then UBS. Lord Waldegrave was appointed Chairman of Coutts in January 2014 and is the Director of a number of companies. He is Chairman of the Royal Mint Advisory Committee, former Chairman of the Rhodes Trust, a Founder Trustee of the Mandela Rhodes Foundation, a former Trustee and Chairman of the National Museum of Science and Industry and a Trustee of Cumberland Lodge. 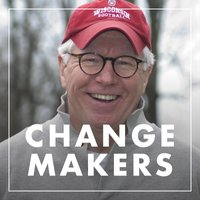 Carl Schramm is University Professor at Syracuse University and former president of the Ewing Marion Kauffman Foundation. A $2 billion endowment, Kauffman is the world’s largest philanthropy dedicated to promoting entrepreneurship. Carl is recognised internationally as a leading authority on innovation, entrepreneurship and economic growth, referred to by The Economist as the “evangelist of entrepreneurship.” In 2007, Carl and then British Prime Minister Gordon Brown, created Global Entrepreneurship Week, now observed in 165 countries. His 2010 essay in Foreign Affairs initiated the study of expeditionary economics. Carl's academic career began at Johns Hopkins, where he founded the nation’s first research centre on healthcare finance. He has founded or co-founded five companies, including HCIA and Greenspring Advisors, a merchant bank. Carl also has served in major corporate roles and chaired the U.S. Department of Commerce’s Measuring Innovation in the 21st Century Economy Advisory Committee during the Bush Administration and was a member of President Obama’s National Advisory Council on Innovation and Entrepreneurship. He is a founding member of the Board of the International Intellectual Property Commercialisation Council, a U.N. recognised NGO, headquartered in Hong Kong; a trustee of the Templeton World Charity Foundation; and a Council Member of the National Academies of Sciences’ Government-University-Industry Research Roundtable. He has served as a trustee of the Kauffman Foundation and the Milbank Memorial Fund. 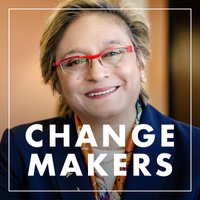 Neeta Patel CBE is CEO of Centre for Entrepreneurs and New Entrepreneurs Foundation, and an experienced executive with over 25 years of strategy and operational leadership experience in launching new ventures, business turnarounds and change, with a sharp focus on impact, growth and revenues. Prior to joining the New Entrepreneurs Foundation, Neeta worked in Private Equity advisory, matching technology entrepreneurs with investors. Neeta held senior positions at Thomson Financial (Reuters), Legal &amp; General PLC, Financial Times Group and at the British Council. She is an early internet pioneer having launched the first personal finance web site in Europe for L&amp;G in 1996. 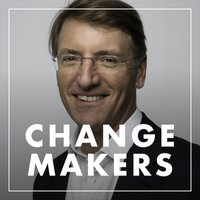 Sir Charlie Mayfield chairs Be the Business and the Productivity Leadership Group, which focus on stimulating and encouraging competitiveness and growth in businesses across the UK. He was Chairman of the John Lewis Partnership from 2007 to 2020, having joined the Partnership in 2000, with responsibility for business strategy and development for both John Lewis and Waitrose and for developing the Partnership's online strategy. He became Managing Director of John Lewis in January 2005 before taking up his appointment as Chairman of the Partnership in March 2007. Charlie began his career as an officer in the army. He joined SmithKline Beecham in 1992 and became Marketing Manager for the Lucozade brand, before moving to McKinsey &amp; Co in 1996, where he worked with consumer and retail organisations. He also serves as chairman of QA Limited, a leading technology and IT skills solutions provider, and a trustee of The British Museum and Place2Be. He received a knighthood in June 2013 for services to business.This episode was released as part of Change Makers X Scaleup Week, a special series of conversations in partnership with Scaleup Week – led by BGF with the ScaleUp Institute – about the crucial issues and opportunities facing growing businesses as they navigate towards a sustainable, diverse and prosperous future. 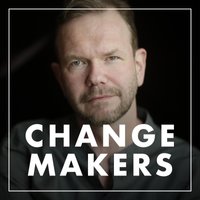 James O'Brien is an award-winning writer and broadcaster whose journalism has appeared everywhere from the TLS to the Daily Mirror. His daily current affairs programme on LBC has over 1.2 million weekly listeners and his first book, How To Be Right, was a Sunday Times bestseller, which won the Parliamentary Book Award for Best Political Book by a non-politician. He is often to be found on Twitter trying not to get into arguments unless absolutely necessary. In his follow up, How Not To Be Wrong, James turns the mirror on himself to reveal what he has changed his mind about and why, and explores how examining and changing our own views is our new civic duty in a world of outrage, disagreement and echo chambers. He writes candidly about the stiff upper lip attitudes and toxic masculinity that coloured his childhood, and the therapy and personal growth that have led him question his assumptions and explore new perspectives. Laying open his personal views on everything from racial prejudice to emotional vulnerability, from fat-shaming to tattoos, he then delves into the real reasons – often irrational or unconscious – he holds them.Buy How Not To Be Wrong: The Art of Changing Your Mind in paperback now. 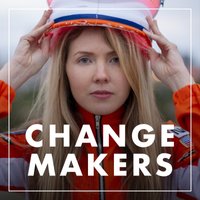 ”Musical weirdo and visionary" Beatie Wolfe is an artist who has beamed her music into space, been appointed a UN Women role model for innovation, and held an acclaimed solo exhibition of her ‘world first’ album designs at the Victoria &amp; Albert Museum. Named by WIRED Magazine as one of "22 people changing the world,” Beatie is at the forefront of pioneering new formats for music that bridge the physical and digital, which include: a 3D theatre for the palm of your hand; a wearable record jacket - cut by Bowie/Hendrix’s tailor out of fabric woven with Wolfe’s music - and most recently an ‘anti-stream’ from the quietest room on earth and space beam via the Big Bang horn. Wolfe is also the co-founder of a “profound” (The Times) research project looking at the power of music for people living with dementia. The Barbican recently commissioned a documentary about Beatie's pioneering work and her latest innovation is an environmental protest piece built using 800,000 years of historic data that will be premiered at the London Design Biennale in 2021.Watch Beatie's performance at the Nobel Prize Summit here. 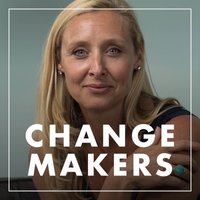 Founder and CEO of BioSure UK, Brigette Bard has carved a successful, entrepreneurial career in the FMCG sector. Based on her experience with pregnancy testing, she is passionate about the role self-testing has to play in allowing people to make informed choices and assume responsibility for their own healthcare. She is actively and dynamically involved in normalising the conversation around HIV, HIV tests, breaking down stigma and nurturing understanding around confident sex and sexual health. BioSure develops, manufactures, sources and distributes rapid tests with the highest levels of accuracy, many rivalling those of standard laboratory tests. Its rapid diagnostic and detection tests are invaluable tools where immediate results are the primary consideration. The tests that it manufactures and supplies are used worldwide for the management of human infectious disease.

© 2020 OwlTail All rights reserved. OwlTail only owns the podcast episode rankings. Copyright of underlying podcast content is owned by the publisher, not OwlTail. Audio is streamed directly from Seven Hills servers. Downloads goes directly to publisher.