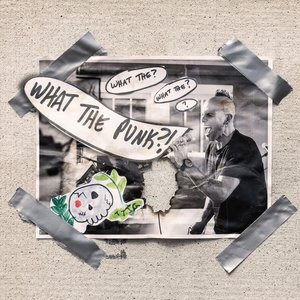 “PUNK is not a genre. It’s a DISCUSSION.”It’s a radio show. It’s a history lesson. It’s political commentary. It’s music education and opinion. It’s What the PUNK?!Hosted by Theft To The Gallows lyricist and front man Patrick “Sully” Sullivan What the Punk?! is a conversational deep dive into the origins of the punk movement from Greenwich Village to the Bowery to the UK and beyond through interviews with a local sensibility. Speaking to under exposed artists, music professors, historians and anyone with a heartbeat and opinion- Sully attempts to pull back the curtain on the most misunderstood genre in music. 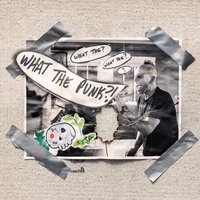 Season 2 Episode 8 How a 45 record and mix tape from Frank Murillo in 1983 changes Sully's Life.

Songs in this episode; Shine your love, Change, and When we are one.  And Torture should have been!

PUSH BUTTON FUTURE is a collaborative album between the synth pop artist, NAE and the musician, engineer and producer BLIZZLE from Black's Backbone.  This is their first album together.  The songs featured in this episode are; "Sugar Pumps", "Euphoria Trattoria"(unreleased track), "Get off on your messages", and "Never Enough".The new album can be pre-saved here: https://ffm.to/naemusicNAE's website:http://www.naemusic.com/Article written by JaNae Contag:http://www.estheticlens.com/2021/02/05/1-album-janae-contag-yacht-i-thought-the-future-would-be-cooler/

Chock full of music, slurred speech, and F-Bombs the boys wrap up all loose ends to this very long conversation about the past, present, and future of punk.

Sully's solution to all of the issues discussed with Beck that face this country and others is for people to stop financially supporting corporations that control Washington- "Our greatest weapon is to do with less and not give our hard earn money to people with private agendas that are destructive to the earth, our human rights, and our minds and bodies".  If lobby firms such as Venn Strategies can push laws through congress for the right amount of money and support, what chance does the average person have against giant industry such as the Sugar Lobby, Dairy Council, and Big Pharma?   Beck's familial roots go back to miners in rural Kentucky.  He connects the dots between folk musicians such as Woody Guthrie in the 1940's and today's Hip Hop artists like Noname, Jamila Woods, and Nas as being the voice that truly reflects what is happening on the streets of Black America.  Reflection needs a call to action or it is more of the same old, same old consumerism that currently defines our world.  Beck sounds like a socialist but what he really is, is a humanitarian.  Someone who believes that practices such as redlining and the denial of a universal healthcare system is not in the best interest of society as a whole.  That the greater good should be the goal.  Which is fascinating that someone of the "ME ME ME" generation has so much to say about the "WE WE WE".   Five Artists, Five songs, Five Thoughts from this podcast:Fatimah Now (Unofficial Mix Tape), Vry Blk, Cops shot the kid, Funeral Dress, I Ain't Got No Home In This World Anymore

Paraphrasing Gil Scott Heron's classic, "The Revolution Will Not Be Televised" this episode will not give your mouth sex appeal, it will not make you look five pounds lighter, it will not go better with coke, but it will put you in the drivers seat (or at least Dr. May will let you sit shot gun) in a musical car that takes you on a tour of a racially divided city unified by it's love of music. The Motor City. The first stop; the first teen idols. Pat Boone and Frank Sinatra, the first contributors to rock n' roll.  Stealing from negro spirituals, minstrel shows, and blues artists such as Lead Belly, Boone and Sinatra sang songs about idealized love within a 32 bar song structure which included tonic and subdominant chord changes.  Both Sinatra and Boone perform along with lavish orchestral arrangement and symphonic sweetening to produce "popular" music.  This "whitening" of black music for the general populace along with jazz standards by Cole Porter, Irving Berlin, and Duke Ellington created a canon of songs that would later become known as the Great American Song Book.  The next stop on our way to Detroit is Graceland. While growing up, Elvis frequented Memphis juke joints where he was exposed to gospel and blues. The influence of songs like the spiritual, "Ain't that good news" and "Come Home Early" by Big Bill Broonzy were key to the musical and cultural identity of "The King of Rock and Roll." Dr. May takes us from these early beginnings of Elvis as a blues singer with songs like, "That's All Right Mama" to his punk infused delivery on "Heartbreak Hotel" and finally rounding out the trip with "In the Ghetto".  A Gospel "disco-fied" ballad with socially aware lyrics.  In the third leg of the trip Dr. May parks us in the Motor City at the front door of Hitsville, USA.  Berry Gordy, influenced by the Black Entrepreneurship of the late 1950's, created Motown Records as a way to mine Detroit's talented young black people from churches and street corners in an attempt to create his own "wall of sound" and Brill Building of songwriters.  Marvin Gaye, Smokey Robinson, Wilson Pickett along with comedian Dick Gregory recorded for Motown Records.  Growing as artists, much like The Supremes with "Love Child", they took on social and racial issues of the time. During Detroit's era of white flight and segregation in the 1960's, Berry Gordy fought for racial equality and unification, sending Motown artists on the Motor Town Revue Tour.  It was Berry Gordy who convinced Martin Luther King, Jr. to record his "I have a dream" speech at Hitsville, USA before his march on Washington for jobs and freedom in 1963. At the end of out trip Dr. May leaves us with the thought that "music is a barometer of culture" and if you want to know what is happening at a particular moment you only need to listen to the music of that era. As we move into the 70s and 80s Dr. May paints a bleak picture of a floundering punk scene in Detroit. A scene rich in ideas but lacking visual identity, record label scouts, and radio stations that wouldn't event consider playing punk, made it difficult for local bands to gain fans or build career reputations.  Despite these obstacles bands like, Cinecyde who released Detroit's first official punk song "Gutless Radio" on their own Tremor Records in 1977 and Algebra Mothers with "Strawberry Cheesecake", were able to find small cult followings.These days the city is back on the musical map with a growing electronic  scene, known as Detroit Techno, while it's Motown and Punk roots are being documented by such sites as the detroitpunkarchive.com and the motownmuseum.org.  List of songs that are in this episode and songs that should be:coldcock, hidden persuasion, ain't that a shame, ain't that good news, twist and shout, twist and shout, black girl (where did you sleep last night), tamerlano, heartbreak hotel, in the ghetto, love child, they that wait, lord help me to hold out, fire and water, fingertips, gutless radio, the revolution will not be televised, strawberry cheesecake, star spangled banner